Energy ended last year as a good bet. But what now? 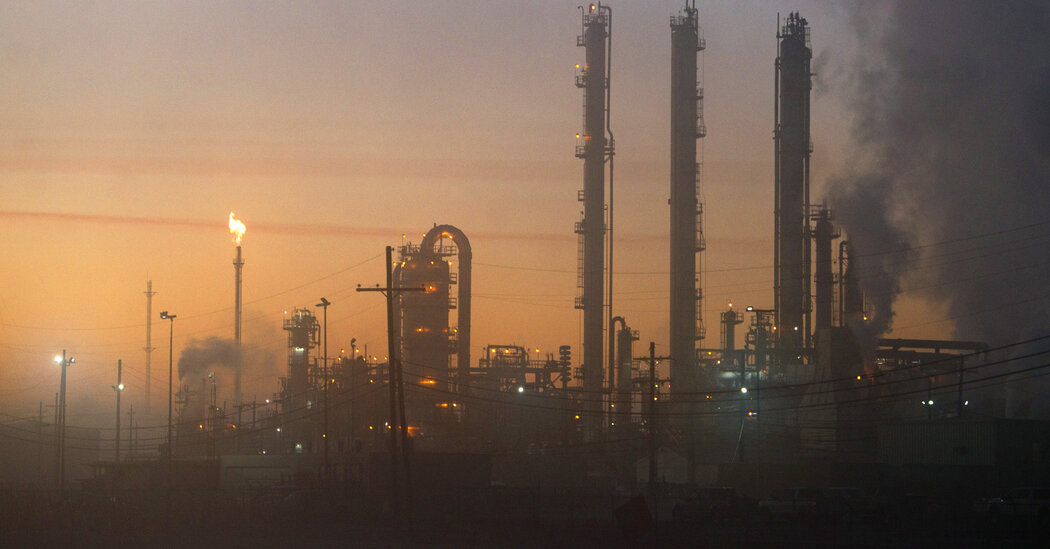 Despite a pandemic and pressure to phase out fossil fuels to combat global warming, stock prices of major energy companies outperformed the rest of the S&P 500.

Oil and natural gas prices, up 59 percent, were the main driver of the energy stock rally.

But the boom was not stable. Although energy stocks in the S&P 500 were up about 50 percent, it was a year of ups and downs.

“The drive to get there was extreme,” said Liz Ann Sonders, chief investment strategist at Charles Schwab. She warned investors considering jumping in now to “be aware of the danger of chasing industry performance based on what it’s done over the past year.”

In 2021, oil prices recovered from a 2020 drop and rose in response to growing demand as the coronavirus pandemic appeared to be ebbing. That helped push inflation up, and consumers grumbled about higher prices at the pump.

In November, President Biden led a multilateral effort — including Britain, Japan, South Korea, India and China — to extract oil from national reserves. OPEC Plus, a group of oil-producing countries, agreed to gradually increase the supply. Adding to the uncertainty about oil prices are the still unclear effects of the Omicron variant of the Covid-19 virus on the economic recovery. In the longer term, there are big questions about how the world could make the switch to cleaner forms of energy such as solar and wind energy from oil, coal and natural gas.

David Lebovitz, a global market strategist at JP Morgan Asset Management, said the major integrated oil and natural gas producers are developing renewable energy technologies to stay relevant. “They have one foot on either side of the power line,” he said, “so it’s a way for investors to play both sides of the story if they don’t want to commit.”

Funds investing in the energy sector are generally dominated by these global companies. For example, the Energy Select Sector SPDR, an exchange-traded fund with $26.4 billion in assets managed by State Street Global Advisors, had a total return of 53.26 percent in 2021 after a management fee of 0.12 percent. Forty-four percent of the portfolio is invested in two companies, Exxon Mobil and Chevron.

Michael Jin, senior equity research analyst at Epoch Investment Partners, a New York subsidiary of Toronto-Dominion Bank, says U.S. utilities are beginning to embrace solar and wind turbines. “We’ve kind of started investing in renewable energy through the utility sector on our toes,” he said. “It’s a good way to get exposure because these fee-based companies are more like toll roads. They are still able to generate cash flow and pay dividends.”

Utility funds, traditionally viewed as fixed income generators because of their holdings in regulated public utilities, posted strong returns last year. The publicly traded Vanguard Utilities fund, with $5.6 billion in assets, returned 17.33 percent in 2021 after the 0.1 percent management fee. The return of the fund was 2.7 percent.

The $4.9 billion Vanguard Energy fund, which once owned mostly energy companies, has spent half of its assets in utility interests since late 2020. Last year, the fund delivered a total return of 27.71 percent after a management fee of 0.33 percent. The return was 3.63 percent, according to Morningstar Direct.

How much demand there will be for oil in the coming decades remains a critical issue for energy investors. A recent Morningstar report predicts that global oil demand will peak around 2030 and then gradually decline. By the middle of this century, the report estimates, the global economy will consume 11 percent less oil than in 2019, based largely on the forecast that more than half of the traffic on the world’s roads will be electric vehicles.

“We are optimistic about electric vehicle adoption,” said Dave Meats, the research director for energy and utilities at Morningstar. In part, he said, that’s because China has subsidized the development of electric vehicle technology in hopes of dominating this global market in the future.

But he predicted that oil would still be needed for global shipping and air travel by 2050. The weight of the batteries needed to travel long distances could be too much to keep ships and planes aloft. He added that aircraft biofuel from sources such as corn or used cooking oil would likely be more expensive than traditional fuel.

Oil may not be the fuel of the future, but oil consumption will not disappear overnight. As unlikely as it may seem, it’s possible that power companies could continue to run against the odds for a while.

‘I Wasn’t Whole’: Why a Grandfather Went Back to College

Bosnian film director vilified in Serbia and ‘disobedient’ at home