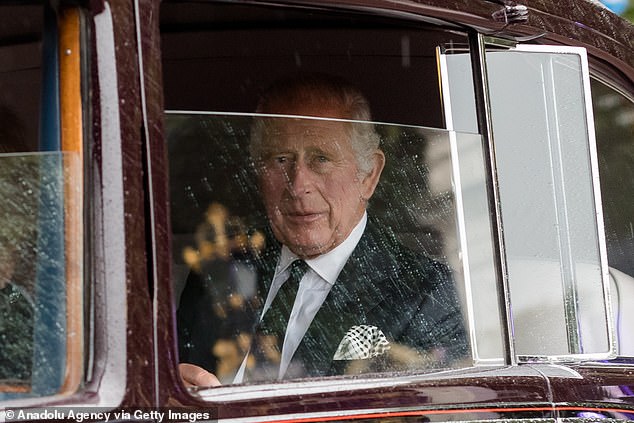 Charles Moore, who attended Monday’s Westminster Hall ceremony where MPs swore allegiance to the new king, saw a Labor MP crossed his fingers behind his back as he took the oath in an attempt to avoid swearing allegiance to King Charles. .

Charles Moore, who attended Monday’s Westminster Hall ceremony where MPs swore allegiance to the new king, saw a Labor MP crossed his fingers behind his back as he took the oath in an attempt to avoid swearing allegiance to King Charles.

In 2019, SNP MP Steven Bonnar and in 1997 the late Labor MP Tony Banks did the same to avoid swearing fealty to the Queen.

Lord Moore accuses the latest offender of finding his gesture “funny” and rants: “In doing so, he was not expressing legitimate (albeit misguided) Republican sentiment: he was cheating.” Call the anti-royalist Charles!

Prince Philip might laugh at the burgeoning campaign to have a statue of the Queen built in Trafalgar or Parliament Square. He agreed to have a statue of himself, next to the Queen, carved for the west facade of Canterbury Cathedral in 2015. At the unveiling, he mused that his statue bore an uncanny resemblance to Boris Karloff, muttering, “I am sure the pigeons will like it.’ 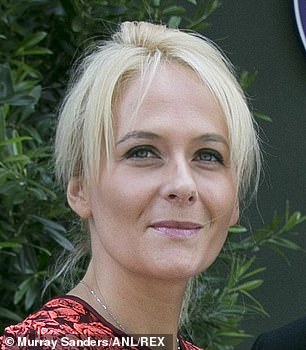 Comedian Michael McIntyre moans about his weight and says he is devouring his wife Kitty’s leftovers.

“I eat all her potatoes and her gnocchi,” he says, pointing to his stomach.

“This is her crust. This is 20 years of scab, it should be on her flat stomach. These are her gnocchi breasts.” Why isn’t Macca so funny on stage?

The Queen never lost her taste for driving. It is known that in Balmoral in 1998 she scared the King Abdullah of Saudi Arabia when she was driving.

‘Through his interpreter, the… [then] crown prince begged the queen to slow down and focus on the road.’

HM made a subtle point about the fact that women weren’t allowed to drive in the desert kingdom.

As Prince Charles’ communications advisor, Julian Payne consistently pooped the suggestion that HRH traveled the world wearing a commode chair given to him by Princess Anne.

Now he’s tackling the alleged fuss of the new king with eggs, pontificating: “Despite rumors that the king gets a row of eggs every morning to choose from, in all the years I’ve worked there I’ve never had a boiled egg for breakfast.” seen.’

The story was first revealed in Catherine Mayer’s biography of Charles and it dealt with the eggs being prepared for him when he returned from the hunt. Nothing to do with breakfast.

“I’m a bit surprised that we have already managed to visit 15 provinces,” he said.

“I’m determined before I drop dead and eventually lose my marbles that I have to make the remaining 17.”

Now that he is monarch, how will he find the time to keep his promise?

COMMENT DAILY MAIL: No second chance for this most beautiful goodbye

ROLAND WHITE: We can always rely on Bake Off for stale skits and soggy bottoms