Essendon: James Hird ‘REFUSES to rule out coaching the Bombers’ James Hird has kept his mouth shut as rumors of a possible return to a senior coaching role continue to circulate, with a sensational Essendon reunion still a possibility.

A big summer awaits the Bombers with a number of key figures leaving the club after a miserable season.

Essendon is in need of a new senior coach following the departure of Ben Rutten, with the club overseeing a disastrous pursuit of Alastair Clarkson, who chose North Melbourne.

They are also to replace Xavier Campbell after the chief executive resigns, while a number of board seats are to be filled.

Hird is one of several names associated with the post. The 49-year-old left the Bombers in 2015 after the supplement saga and only returned to coaching this year, taking on a role on Mark McVeigh’s backroom team at GWS from May.

According to AFL360Hird’s Mark Robinson, Hird “deep down… would like to coach again” and revealed that the footy legend was at a private event last week with some of the club’s heavy hitters.

‘The first question (to Hird) was, ‘How are you?’ The second was, “Are you going to coach Essendon next year?” And he’s non-committal… He didn’t flinch, he’s still considering it. (But) I think deep down he would like to coach,” he said. 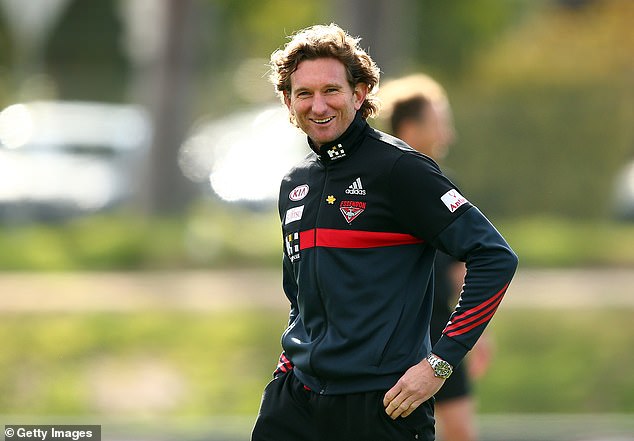 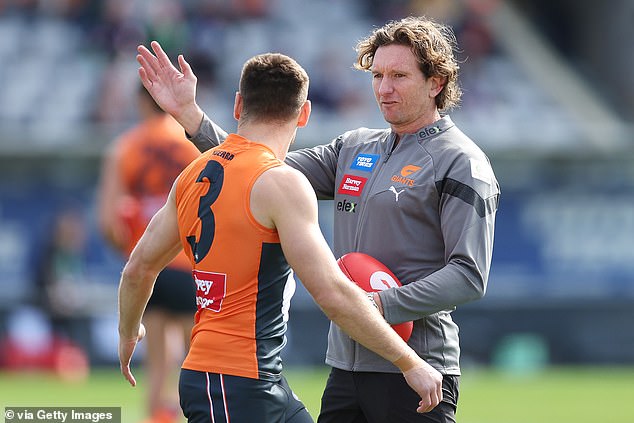 “What happened in Essendon – the supplement series, the lawsuits, what happened to him as a person – forced him into a position where he nearly killed himself.

“So this game, does he want to get back in? Does his family want him to go back in this game and take a closer look at the media that will come because he is James Hird? Because it has already started.

‘Is he going back in that pressure? I don’t know the answer to that… It’s kind of treading water at the moment.’

Further reports suggest the club will gauge potential interest from contracted AFL coaches such as Ken Hinkley and Adam Simpson before moving on to Adem Yze, Ross Lyon and Hird.