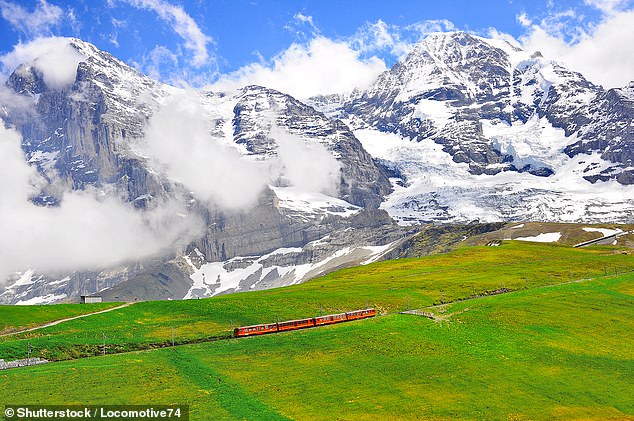 Sit back and enjoy a ride on Europe’s highest railway thanks to a dazzling POV video.

The footage was filmed via a camera mounted to the front of a cogwheel train on the Jungfrau railway in the Swiss Bernese Alps, showing the thrilling ascent from Kleine Scheidegg train station to Jungfraujoch – which sits at 3,454 m (11,332 ft) above sea ​​level. The highest railway station in Europe.

A long stretch of the nine-kilometer line of tunnels through the north face of the Eiger Mountain, with the Jungfraujoch station buried under the peaks of Jungfrau and Monch.

A new video shows the route of Europe’s highest railway, the Jungfrau Railway (pictured) in the Bernese Alps in Switzerland 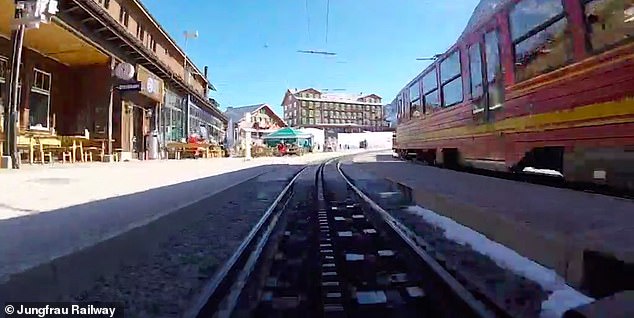 The video was filmed via a camera mounted on the front of a cogwheel train on the Jungfrau Railway. It starts with the train standing still at Kleine Scheidegg station (above) 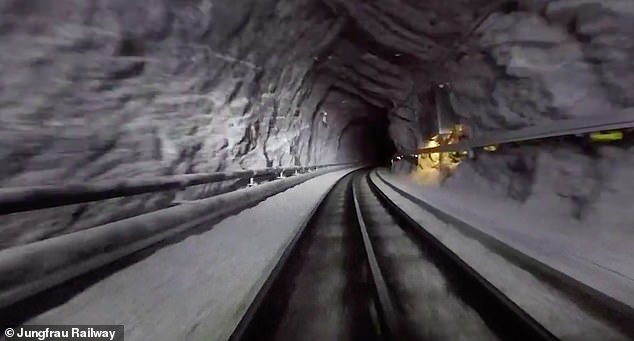 The video begins with the train standing still at Kleine Scheidegg station, which is 2,061 meters above sea level.

This is the highest railway hub in Europe.

Many passengers arrive there via trains from the villages of Grindelwald or Lauterbrunnen to experience the Jungfrau Railway, which winds up between dramatic peaks, through a tunnel before arriving at the Eigergletscher station – home to the railway workshop – the last stop before the train enters the Jungfrau tunnel. 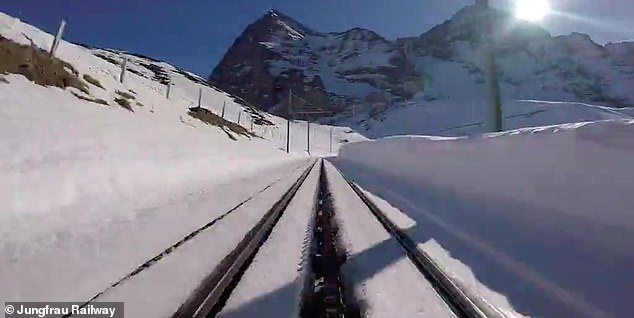 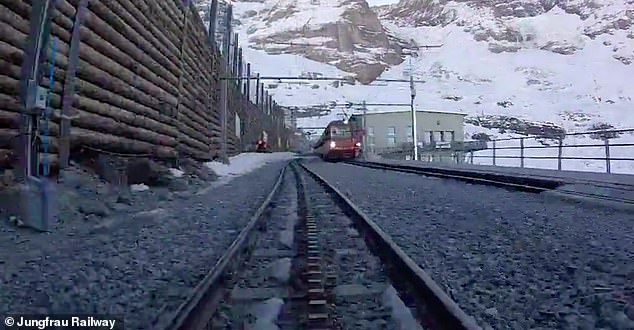 Above is the Eigergletscher station, the last stop of the train before entering the Jungfrau tunnel 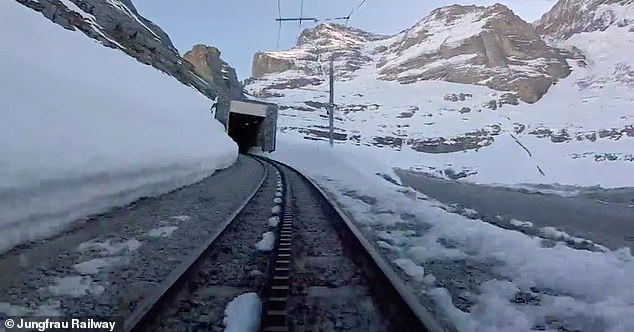 Pictured above is the entrance to the Jungfrau tunnel

Once the railway signals turn green, the train continues through more snowy terrain before entering the darkness of the tunnel, passing Eigerwand station, which has been closed to the public since 2016.

The video then shows the train stopping at Eismeer station, where passengers disembark to admire views of the Ischmeer Glacier from observation windows built into the face of the mountain.

Finally, the images fade as swarms of travelers get off the train after it arrives in Jungfraujoch.

Most of these passengers jump on the high-speed elevator that takes them to the ‘Sphinx’ Observatory on the rocky summit above the station, where they will find both indoor and outdoor viewing platforms. 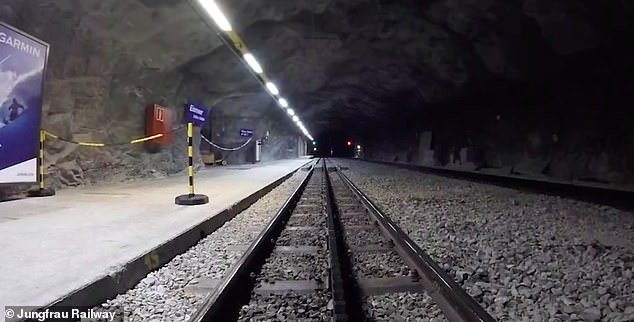 The video shows the train stopping at Eismeer station (above), where passengers disembark and enjoy the view from the observation windows built into the face of the mountain 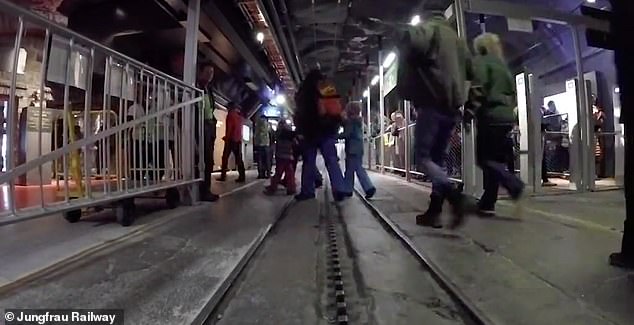 From the station, they can also walk through a tunnel to the ‘Top of Europe’ building complex, which overlooks the Aletsch Glacier.

At the ‘Top of Europe’ there is a Lindt chocolate shop for those with a sweet tooth, or for something more substantial visitors can head to ‘Restaurant Crystal’ for some ‘authentic Swiss’ dishes.

Before returning to Jungfraujoch, visitors can explore the complex’s ‘Ice Palace’ – a series of ice-covered walkways with ice sculptures of creatures such as eagles, penguins, and bears. ‘Mountain guides created the aisles and halls with picks and saws in the 1930s’ website reveals. 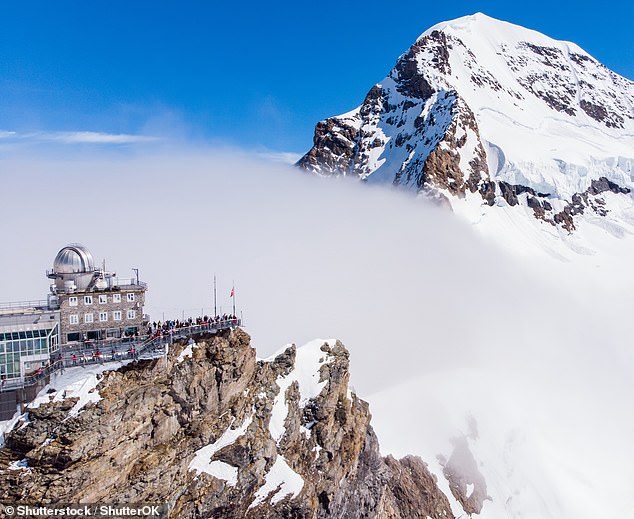 From the Jungfraujoch station, passengers can take a high-speed elevator to the viewing platforms on the ‘Sphinx’ observation deck (pictured) overhead

Construction of the railway, which is electrified, began in 1896 and was finally opened to the public in 1912.

The journey takes about 30 minutes, the route runs 365 days a year and attracts thousands of visitors every year. Tripadvisor User ‘RVJ10’who traveled by train in March wrote: ‘Wow, what an experience – it’s spectacular and the views’ [are] breathtaking.’