A female climber has died after falling onto a 3,261 ft Snowdonia peak, rescuers said today.

Nearby climbers tried to help and she was winched aboard a Coast Guard rescue helicopter and flown to the mountain rescue team’s base. But paramedics couldn’t save her.

The Cheshire woman was in her fifties and a member of a climbing club. She had already climbed more than 50 feet and was climbing another 30 feet on route when she fell. Mountaineers helped her climbing buddy – also a woman – to the top.

A woman has died after falling while attempting to climb a challenging 3,000-foot mountain in Snowdonia, North Wales, file photo 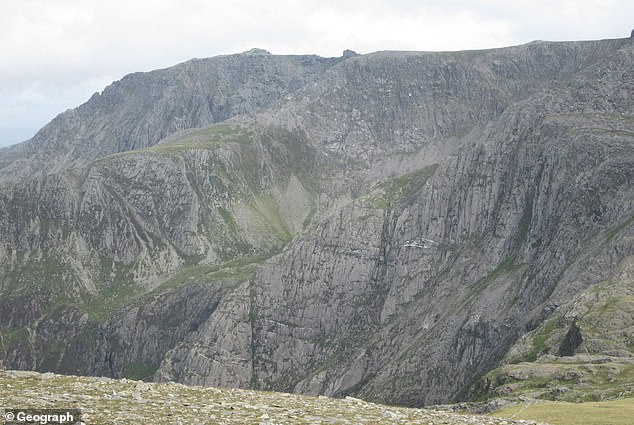 The woman, who was in her fifties, was flown in from the mountain where she was later pronounced dead, file photo

A spokesperson for the Ogwen team said: ‘It is very sad. The team’s thoughts are with the victim’s family, friends and climbing partner. The team would also like to thank the assisting climbers for all their help.’

At about the same time, volunteers from the Ogwen team were called to a woman in her thirties from the East Midlands who descended from the summit of 3,000 feet Tryfan along the tricky West Face, a notorious black spot in an accident, and got stuck. to sit.

The Coast Guard helicopter crew spotted her and the rescue team used ropes to rescue her.