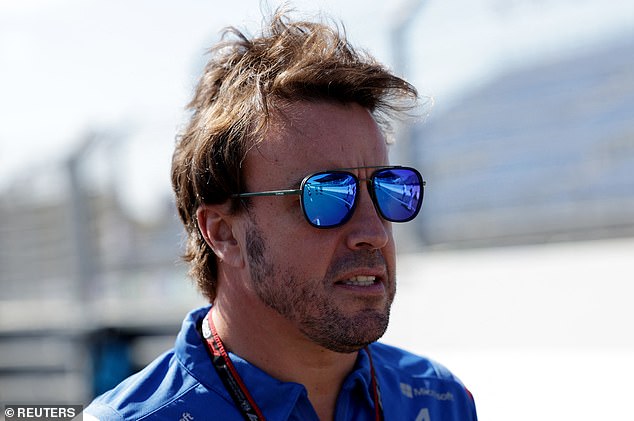 ‘I didn’t think what I said…he’s a legend’: Fernando Alonso apologizes for Lewis Hamilton ‘IDIOT’ jibe after claiming seven-time champion ‘only knows how to drive and start first’ after Belgian GP -crash

Fernando Alonso has apologized for tearing up Lewis Hamilton and labeling him as an ‘idiot’ after their crash at last weekend’s Belgian Grand Prix.

The former McLaren team-mates, who have nine world titles to their name, crossed each other on the opening lap of the Stavelot race as they battled for second place.

Hamilton, coming in from third, pushed forward around right-handed Les Combes and squeezed Alonso, who hugged the curb. They got tangled up. Hamilton was thrown into the air and landed with a thump so hard it “almost broke my back when I came down.”

When he returned to the tarmac, he did well to collect the car and limped on before turning off his water-leaking Mercedes.

After the collision, Alonso – who eventually finished fifth – shouted over his Alpine team radio: ‘What an idiot! Close the door from the outside. We had a mega start, but this guy can drive alone and start first.’

Ahead of this weekend’s Dutch Grand Prix, the Spaniard admitted he regretted his outburst and apologized to Hamilton.

“First of all, Lewis is a champion, he is a legend of our time,” said Alonso. If you say something – and I’m sorry to repeat this – to a British driver, there’s a huge media engagement afterwards. 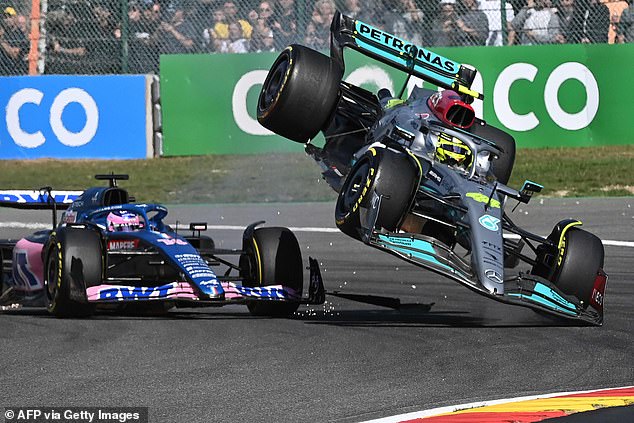 The pair collided on the opening lap of last weekend’s Belgian GP, ​​sending Hamilton into the air 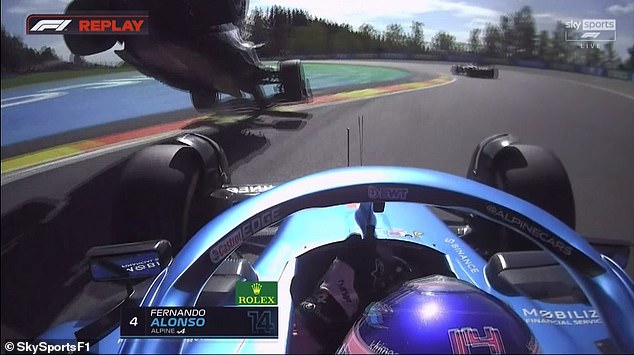 “What an idiot!” the Spaniard shouted over his team radio, because he felt he had crossed the road

“I don’t think there was much to blame at the time when I look at the replays because it’s a first lap incident and we’re all very close together.

“The heat of the moment and the adrenaline of the moment, finally fighting for the top two, the top three, made me say those comments I shouldn’t be saying.”

The 41-year-old added that he didn’t mean what he said Hamilton could only win from the front: ‘No, no, no, I don’t believe’ [that]. It’s not even that I believe or don’t believe, there are facts that it isn’t. 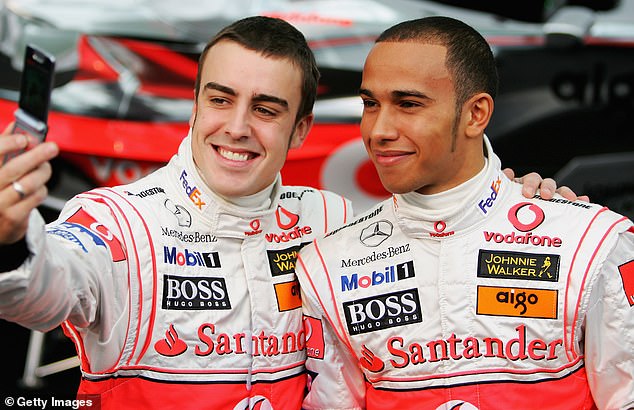 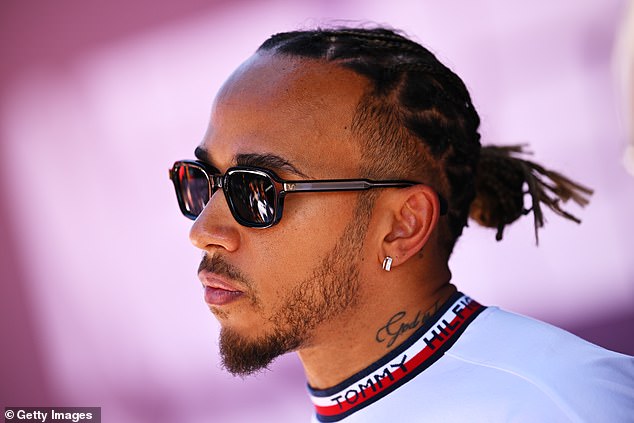 Hamilton, who had to retire, was annoyed by Alonso’s comments after the race last weekend

‘I have a lot of respect. Hopefully when we do the TV pen I will approach him and say sorry if he understood it that way. I have absolutely no problems with him.’

Hamilton was annoyed by Alonso’s comments after the race last weekend and revealed he would not contact the Spaniard.

“No,” said Hamilton. “I mean, I would have done it until I heard what he said. ‘I don’t really have a reaction to it. I know how things go in the heat of battle, but it’s nice to know what he thinks about me, and it’s better that it’s out in the open.

“The accident was not intentional. I take responsibility for it. That’s what adults do, and we move on. I just didn’t leave enough room. I’m thankful I’m still alive and in shape.’

Apple iPhone 14 Pro Max release date and specs: What we know so far