It is the highly anticipated sequel to the popular historical drama series Vikings.

And Vikings: Valhalla has already started filming for the second season, after season one was released on Netflix earlier this year.

Actors Laura Berlin and Leo Suter of the show were spotted this week while filming for the upcoming season in Tipperary, Ireland.

On set: Filming for season two of the Netflix series Vikings: Valhalla is now underway in Ireland, with Laura Berlin (pictured), who plays Emma of Normandy, being captured on set

Laura, who plays Emma of Normandy on the show, donned a khaki parka jacket for the icy outdoor shots, as she was shot while talking to the crew.

In the show, Laura’s character is married to King Aethelred II, the current King of England – and looked regal with a braided hairdo and a gold tiara on set.

Meanwhile, Leo was dressed in a typical Viking costume, with brown trousers, a navy blue tunic and a matching navy blue linen cloak. 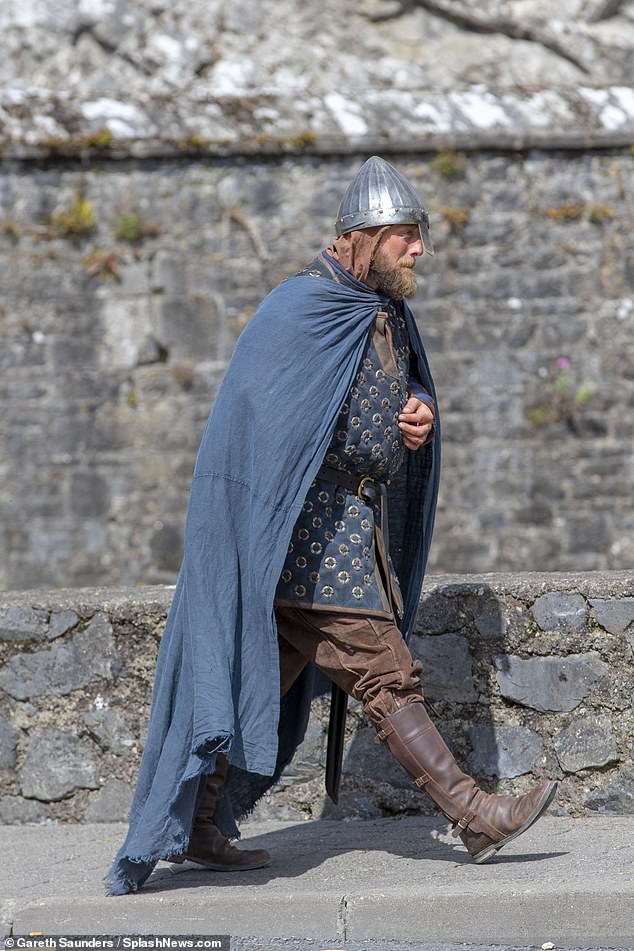 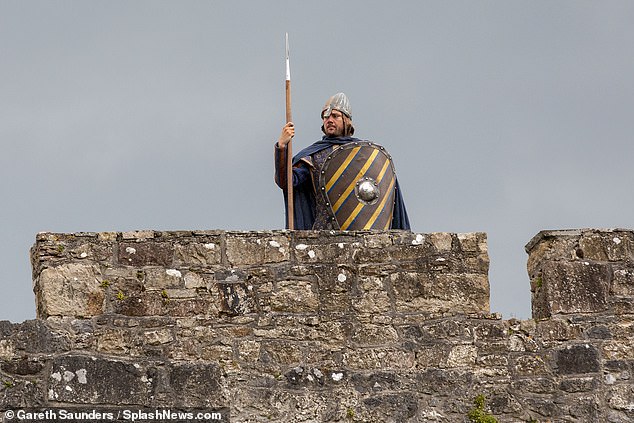 Armored: The Viking look was complete with a shield of gold and forehead and a wooden spear

The actor, who plays Harald Hardrada on the show, also wore metal head armor, while a sword hung from his ensemble.

The cast was filming at Cahir Castle, which is one of the largest castles in Ireland – when a blue flag was added to the location, while armed guards were spotted at the doors for a scene clad in metal shields and armour.

As they walked the grounds, the cast were all dressed in armor, with shields to match as they prepared to film scenes. 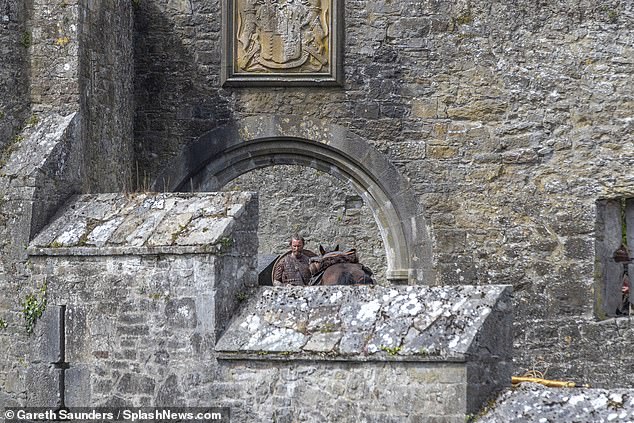 Animal stars: A horse was also spotted on set, as filming seemed to be getting underway 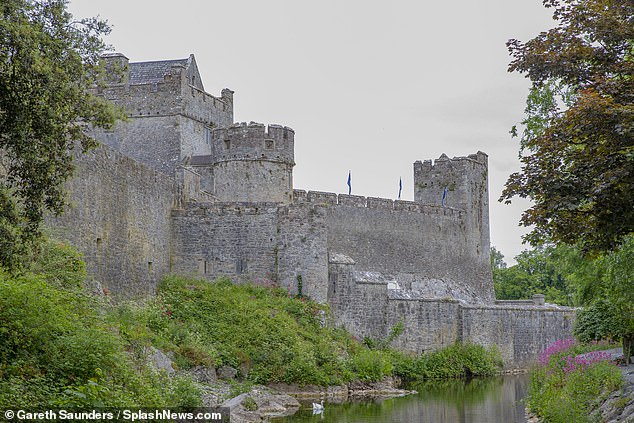 Location: The cast was filming at Cahir Castle, one of the largest castles in Ireland – as blue flags were added to the location 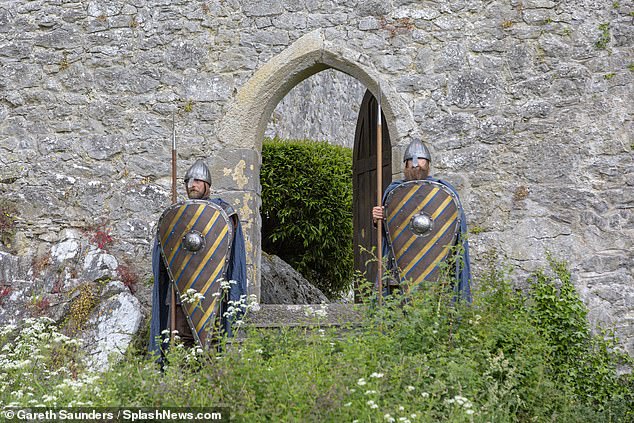 In character: Armed guards were spotted at the doors for a scene, clad in metal shields and armory

Meanwhile, the crew drove carts of equipment across the site as props and boxes were unloaded from trucks.

Leo teased his role on the show, explaining his character during a conversation with the coverHe doesn’t realize that life can be a bit complicated and his greatest ambition is to become King of Norway. It’s not that simple. And there are twists and turns and people cross him and go behind his back.’ 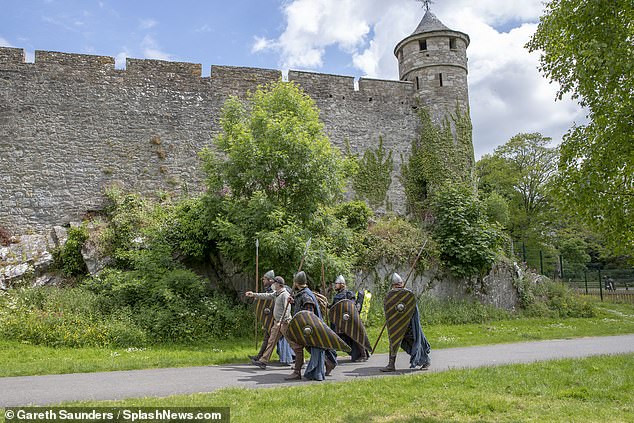 Action! Snapped as they walked the grounds, the cast were all dressed in armor, with shields to match as they prepared to film scenes 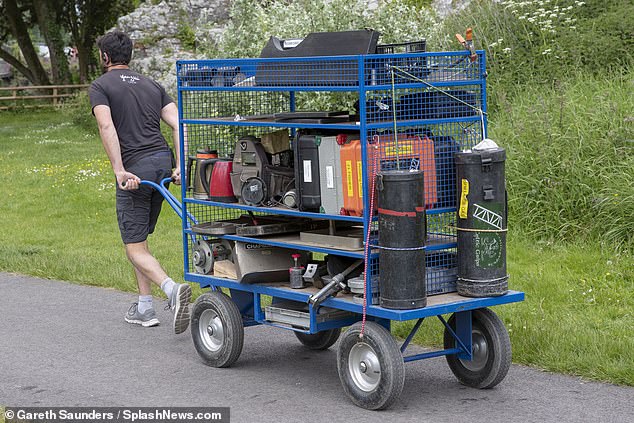 Behind the scenes: Meanwhile, the crew drove carts with set equipment over the site

Based on the hit series Vikings, which ran from 2013 to 2020, Vikings: Valhalla is a continuation, set a century after its predecessor.

And the show is also somewhat based on real events, with storylines loosely based on events that happened in real history.

The series is set at the end of the Viking Age, infamous for the Battle of Stamford Bridge in 1066.

Season 1 of Vikings: Valhalla is now available on Netflix. 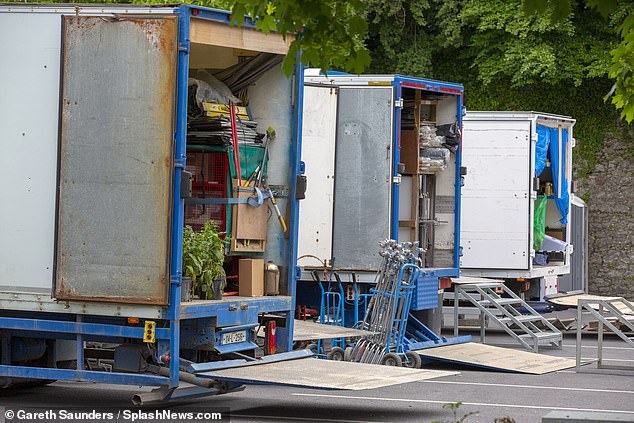 Extras: While a row of trucks was parked, with props and boxes to be unloaded for the show 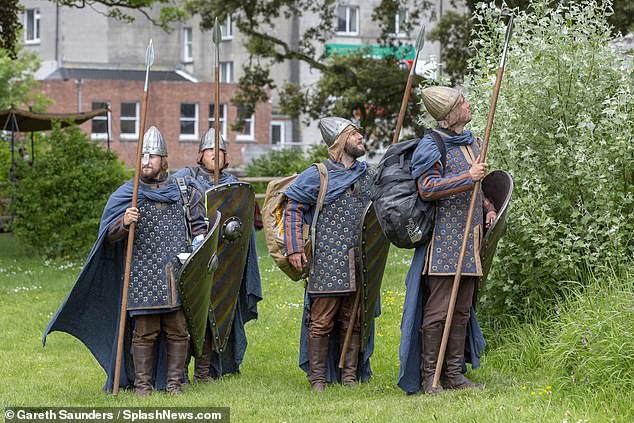 Loosely true: The series is set at the end of the Viking Age, infamously marked by the Battle of Stamford Bridge in 1066