Five men sentenced to 120 years in prison for shooting a Birmingham businessman, 24, during Ramadan

CCTV footage captures the shocking final minutes of a businessman’s life before five thugs gunned him down in cold blood after a Ramadan celebration.

Abdul Rahman Abubaker, 24, suffered catastrophic injuries after being shot at with a shotgun in the Highgate area of ​​Birmingham and died in hospital hours later.

The dessert shop boss drove a quad bike away from a celebration to mark the start of Ramadan at Stratford Place in the Highgate area of ​​Birmingham in May 2018.

On Friday, the five men convicted of being behind the drive-by murder… collectively sentenced to more than a century behind bars.

A court heard that three cars in a convoy had stopped shortly before and the fatal shot was fired from one of the vehicles.

Within 72 hours, two of the cars had been set on fire and destroyed to destroy evidence, while the third had disappeared without a trace.

All denied murder but were convicted after a trial at Birmingham Crown Court in October – although none are believed to have fired the fatal shot.

Abdul Rahman Abubaker, 24, suffered catastrophic injuries after being shot at with a shotgun in Stratford Place in the Highgate area of ​​Birmingham in May 2018 and died in hospital hours later 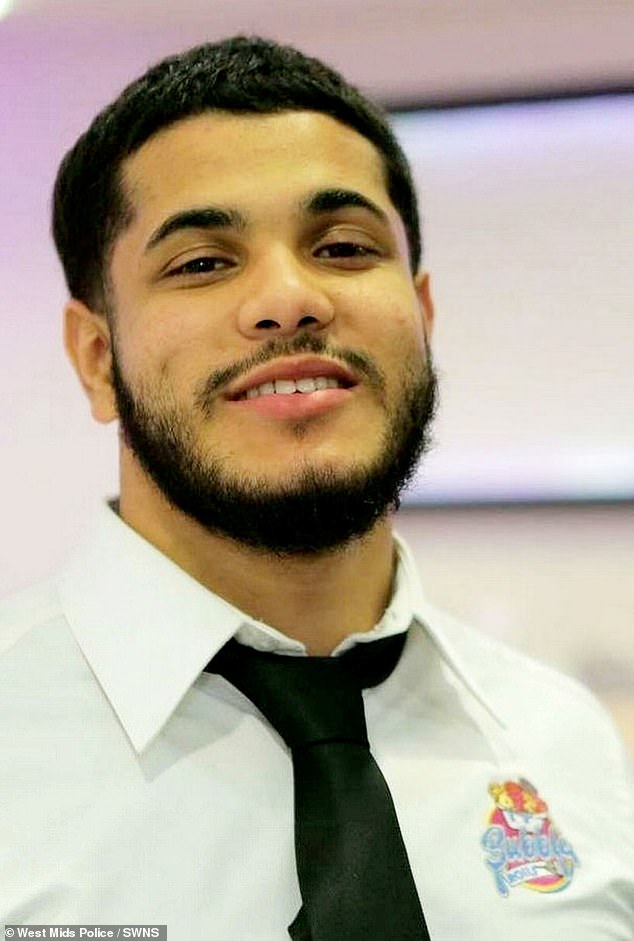 Mr Rahman Abubaker, a business owner from Birmingham, was driving a quad bike away from a party to mark the start of Ramadan in Stratford Place in the Highgate area of ​​Birmingham in May 2018 when he was fatally attacked by the gang

Today, Daahir, of Nechells, Birmingham, who was also convicted of arson, was sentenced to life in prison with a minimum term of 27 years.

Yusuf, of Aston, Birmingham, who also pleaded guilty to arson and disrupting justice, was given a 25-year minimum term.

Elmi was tracked down in Glasgow, while Yusuf was arrested at a London airport after returning from Sweden, where he had fled less than a month after the murder.

The other three were held in Birmingham.

By reviewing images from more than 100 CCTV cameras, detectives determined that four cars – three of which had been stolen – had initially met at Hams Road Alum Rock, Birmingham.

One car was abandoned, but another, a VW Passat, was sent on several trips to search the area near the barbecue.

Police reviewed images from more than 100 CCTV cameras and identified four cars – three of which were stolen – initially meeting in Alum Rock, Birmingham.

One car was abandoned, but another, a VW Passat, was sent on several trips to search the area near the barbecue.

A stolen Ford Kuga – part of the convoy from which the fatal shot was fired – was returned to Hams Road and set ablaze within six minutes of the shooting.

Shortly after, a taxi was ordered to pick up a group further down the road.

During an examination of the Kuga, cartridges and remains of a fuel container were found in the scorched shell.

Another vehicle in the convoy – an Audi A3 – was discovered in Arley Road, Alum Rock, after being set on fire three days after the murder.

Daahir’s sock was found in the car and he and Yusuf admitted arson before the trial.

Police followed their movements, including Daahir and Yusuf who were in a vehicle that was in the convoy that evening and Elmi and Omar in Hams Road. 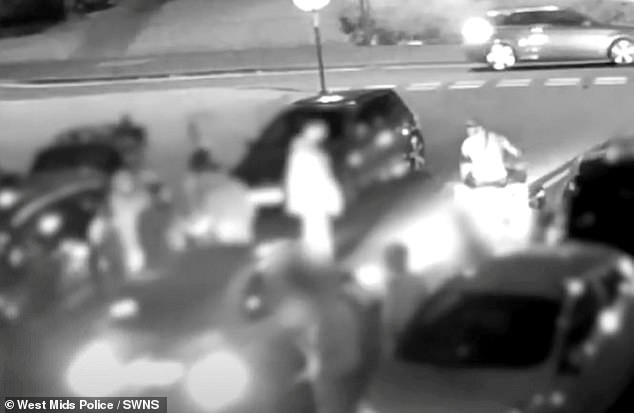 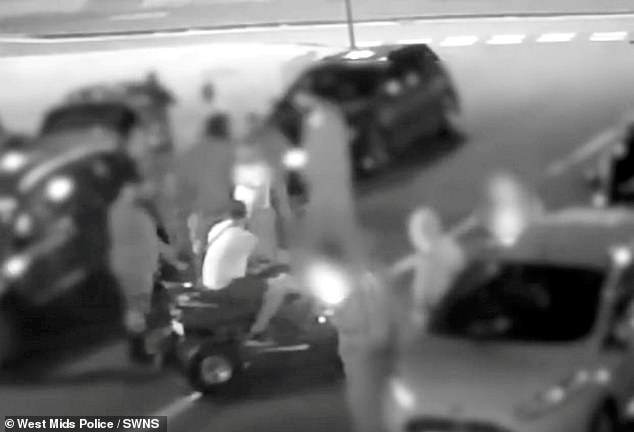 All denied murder but were convicted after trial at the Birmingham Crown Court.

Giovanni DAlessandro, of the CPS, said: ‘While we may never know which of these men fired the fatal shot, the evidence indicates that all five men were prepared to participate in the pre-planned attack on Mr Abu- Baker which led to his death. .

The defendants tried to cover up their crimes by setting fire to two of the cars they had used to facilitate the attack.

“Despite the substantial evidence linking them to the crime, they denied the charges and forced Mr Abu-Baker’s family to relive the tragedy of their loss through a trial.

Today all five men were convicted for their part in the needless and tragic loss of a young life.

“I hope today’s sentencing sends an important signal that these crimes will be closely investigated and vigorously prosecuted.

“The use of firearms on our streets is a threat to everyone and violations of this kind will not be tolerated.

“My thoughts are with Mr Abu-Baker’s family and friends at what must remain a very difficult time for them.”

Chief Inspector Edward Foster, West Midlands Police, said: ‘This has been a complex investigation in which Abdul, along with his family and friends, have been at the forefront of our thoughts.

“We will probably never know the reason behind this tragic murder and who fired the fatal shot.

No doubt there were others who were part of this horrific attack, but whose identities have remained unknown.

“But it’s clear that this was the culmination of careful planning involving all five of the convicted men.

“They helped destroy or hide cars while two fled the country trying not to get caught.

“But thanks to the dedication, dedication and expertise of our officers and staff, we have ensured that this was not the case.

“Each of them played a part in causing or assisting in the tragic murder of Abdul and they will now rightfully be spending a lot of time behind bars.”