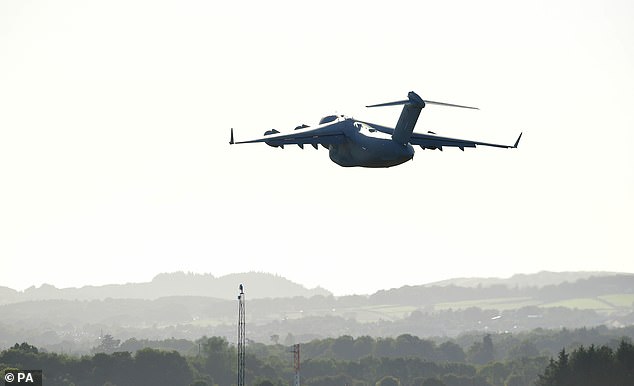 The popular aircraft tracking service FlightRadar24 crashed under the weight of the six million people trying to log into the service as the late Queen was brought to London from Scotland.

As the RAF C-17 transport plane prepared to taxi to the runway, millions of people around the world tried to track the jet online.

Moments later, the website, which tracks thousands of planes a day around the world, crashed.

The popular FlightRadar24 aircraft tracking website crashed as the late Queen’s body was flown from Edinburgh Airport aboard an RAF Boeing C-17, pictured 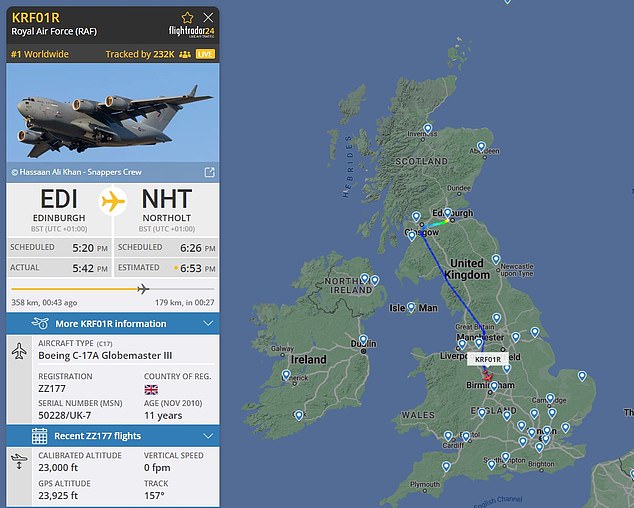 The service confirmed that nearly six million people tried to log into the site to track the plane in the minutes before it departed Edinburgh.

Followers soon noticed that the screen, which normally updates the plane’s location several times per second, was jammed.

The service had a backup feed on its YouTube page, but users were soon able to log back into the site.

In a tweet, FlightRadar24 confirmed: “In the moments before takeoff, nearly six million people tried to track the flight, disrupting our platform. We are currently working on stability on our platform.’

Another tweet confirmed: ‘600k able to follow. A total of six million attempts (which caused the site to crash).’

Flight KRF01R was the most tracked flight in the world on Flightradar24 once the website was restored, with more than 350,000 people watching the Boeing C-17A Globemaster III as it headed south across the UK after departing Edinburgh at 5:42 PM on Tuesday .