The football world mourns Robert Laurie after news of the death of five-eighth in South Sydney and Roosters at the age of 66 came out on Saturday.

The gifted playmaker also won roster for the City NSW team and the NSW side in 1981, with one match for Country NSW in 1982.

He will be remembered as the first winner of the Dally M Medal, which was awarded to him in 1980.

Steve Morris is listed as the 1979 Dally M winner, but it was awarded retroactively.

Laurie was born in 1956 in the town of Wauchope in the northern rivers area of ​​NSW, as one of eight children. He led a Northern Division representative to victory over the touring British Lions in 1988.

Supercoach Jack Gibson sent him and three other players away from the Roosters to their arch-rivals in Redfern, where he made 16 tries in 64 games.

Gibson’s successor at Souths, Bill Anderson, had a simple instruction for his halfback David Sinclair in South Sydney Rabbitoh’s incredible 1980 season: ‘Give the ball to Rocky, something could happen’.

Sinclair recently looked back on that great season in which the Bunnies recorded a nine-game winning streak that saw them reach the final.

“You knew if you passed the ball to him or walked away from him something could happen,” he said NRL.com.au†

Former Souths captain Nathan Gibbs said Easts, the Bulldogs, Western Suburbs and St George were “the big four” in that era, highlighting what it meant for Laurie to claim the illustrious award in the first year it was introduced. 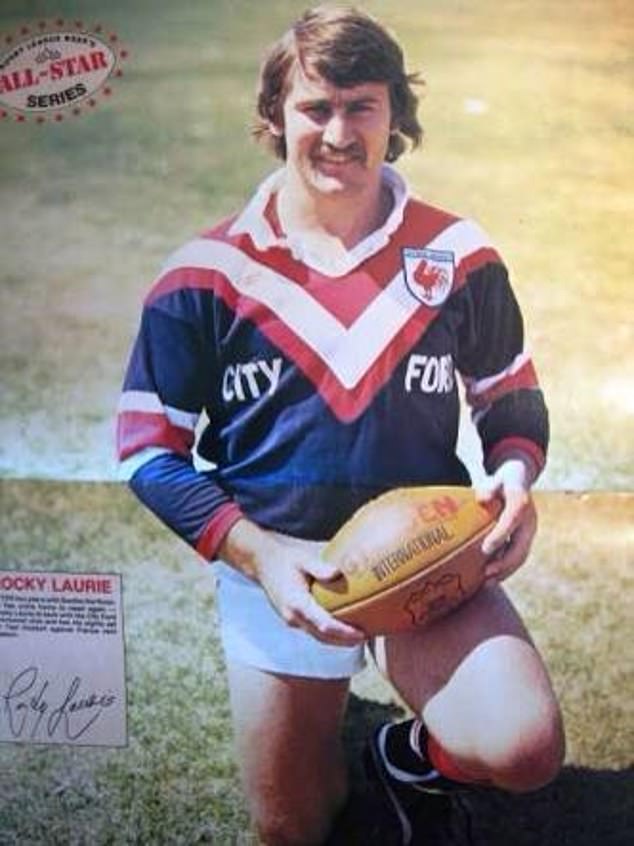 “With 10 games to go, there was a mathematical equation that we had to win nine to get to the final, but we won eight and had a draw. That gave us a fifth place and a place in the final.

“That helped Rocky win the Dally M and he deserved it. He really contributed to helping a side that should not have made the top five in a sensational finish to the season.”

Wauchope resident Peter Saville was one of the first to post a tribute to Rocky.

Anyone who followed Souths would know what an influential player he was. He was also an important part of our Wauchope Blues in the ’80s,’ he said.

“Rocky was always someone I think everyone respected and everyone looked up to.”

“A great guy has golfed with him many times on Wauchope RIP Rocky,” wrote Brad Spohr.