Forests’ ability to recycle carbon will be compromised by climate change, study suggests 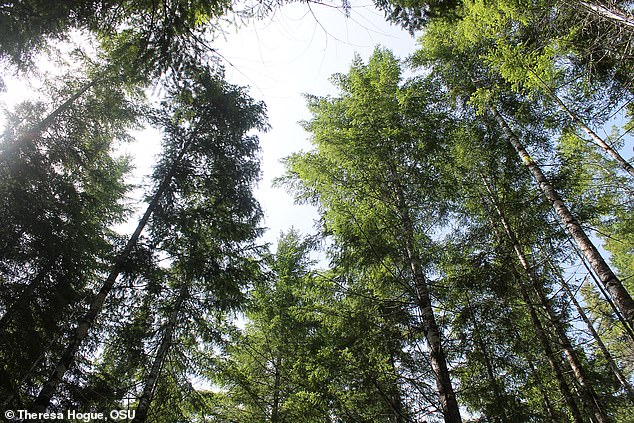 Forests’ ability to remove carbon dioxide from the atmosphere will be compromised as the planet gets hotter due to climate change, a study has shown.

Photosynthesis is the process by which leaves convert sunlight and carbon dioxide into oxygen and energy in the form of sugar, which is best done between 15°C and 30°C.

Canopy leaves are widely accepted to be able to maintain an ideal temperature for photosynthesis even as the air around them warms.

However, researchers at Oregon State University have found that the leaves struggle to regulate their temperature when it gets too hot.

They predict that global warming could affect the leaves’ ability to stay cool and thereby carry out photosynthesis, especially in warm climates.

Lead author Dr Chris Still said: ‘Leaf temperature has long been recognized as important for plant functioning because of its influence on carbon metabolism and water and energy exchange.

‘If the photosynthesis of the canopy decreases with increasing temperature, the ability of forests to act as a carbon sink will decrease.’

Oregon State University researchers have found that the leaves struggle to regulate their temperature when the ambient temperature gets too high. Pictured: The canopy at HJ Andrews Experimental Forest in Cascade Range, Oregon, USA

HOW WILL CLIMATE CHANGE INFLUENCE PHOTOSYNTHESIS?

Photosynthesis is the process by which leaves convert sunlight and carbon dioxide into their food, which is best done between 59°F and 86°F (15°C and 30°C).

Leaves are thought to have a variety of mechanisms that allow them to stay cool even as the ambient air temperature rises, in what’s known as “leaf homeothermy.”

However, new research from Oregon State University suggests that canopies do not consistently cool themselves below daytime air temperatures or stay within a narrow temperature range, contradicting this theory.

This means that, as the planet warms due to climate change, leaves will find it difficult to extract carbon dioxide from the atmosphere for photosynthesis.

Photosynthesis is essential for the survival of green plants and releases oxygen as a byproduct, which terrestrial animals inhale to survive.

Leaves are thought to have a variety of mechanisms that allow them to stay cool even as the ambient air temperature rises, in what’s known as “leaf homeothermy.”

These include changing the angle of the blade in relation to the sun and sacrificing some water as ‘sweat’ which condenses from the surface and lowers the temperature.

The leaves’ ability to do this is necessary to maintain a temperature that is optimal for photosynthesis, which allows the process to happen faster than it breathes.

The mechanisms also reduce the risk of thermal stress and leaf necrosis, or tissue death due to limited water flow.

dr. Still said, “A hypothesis known as limited leaf homeothermy posits that a combination of functional properties and physiological responses allows leaves to keep their daytime temperature close to the best temperature for photosynthesis and below what is harmful to them.”

‘In particular, at higher temperatures, usually above 25 or 30 degrees Celsius, leaves have to cool to below the air temperature.

‘That theory also implies that the impact of global warming on forests will be partially mitigated by the cooling response of the leaves.’

But he’s studying, published today in Proceedings of the National Academy of Sciencessuggests that leaves in forest canopies cannot do this. 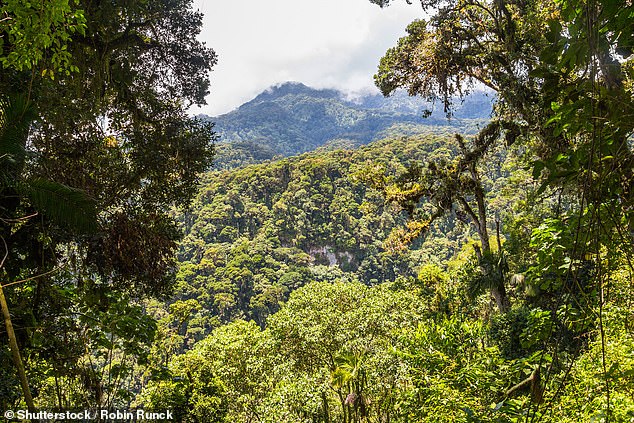 Researchers used thermal imaging to look at leaf temperature over many seasons at many well-instrumented sites in North America and Central America. Pictured: rainforest in Panama (stock image)

Researchers used thermal imaging to look at leaf temperature over many seasons at many well-instrumented sites in North America and Central America.

This included the Panamanian rainforest and the Colorado high-altitude tree line.

The thermal cameras were mounted on towers equipped with systems that ‘flux’ carbon, water and energy – exchanges between the forest and the atmosphere – and measure a wide range of environmental variables.

It turned out that foliage leaves do not constantly cool themselves below daytime air temperature or stay within a narrow temperature range.

In fact, the leaves of the canopy warmed faster than the air, contrary to what was predicted by the limited leaf homeothermy theory.

Their temperature remained even higher than the surrounding area for most of the day, only to cool below the air temperature by mid to late afternoon. 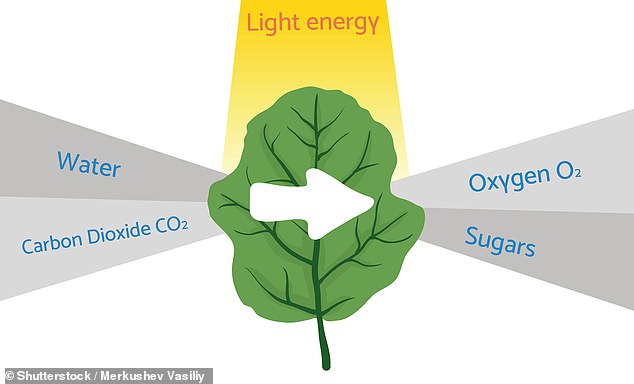 Photosynthesis is the process by which leaves convert sunlight and carbon dioxide into their food, which is best done between 59°F and 86°F (15°C and 30°C) (stock image)

Since future climate warming is likely to lead to even higher leaf temperatures in the canopy, the perceived inability to self-regulate could lead to serious problems for forest trees.

The heat could cause the leaves to exceed a thermal limit, where negative net photosynthesis begins and increases the risk of forest death.

“If leaves are generally warmer than the surrounding air, as our findings suggest, trees may approach critical thresholds of temperature stress faster than we expect,” said study co-author Andrew Richardson, a professor at Northern Arizona University. .

The scientists say leaf temperatures are also affected by their size, which varies depending on climate and habitat, such as latitude or canopy structure.

Plants growing in hot, arid regions tend to be smaller and have a greater ability to reflect sunlight, allowing them to give off more heat.

However, those that grow in warm and wet climates have larger leaves and can therefore already approach or exceed the thresholds for positive net photosynthesis.

dr. Still said: ‘Our results have major implications for underestimating how plants acclimate to warming, and they suggest a limited ability of canopy to regulate their temperature.

“Our data and analyzes suggest that a warming climate will result in even higher leaf temperatures, which is likely to lead to a reduction in carbon holding capacity and ultimately heat damage.” 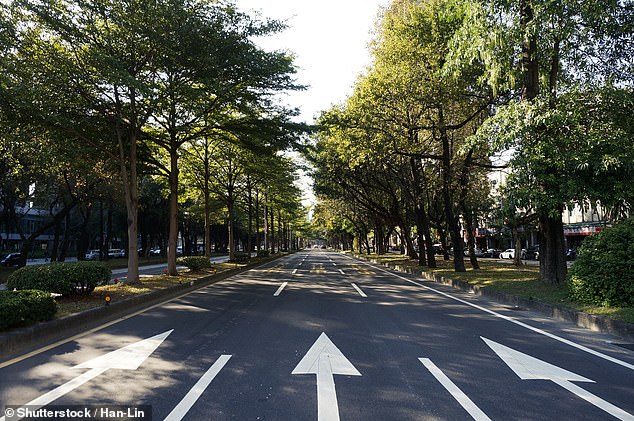 Since future climate warming is likely to lead to even higher leaf temperatures in the canopy, the perceived inability to self-regulate could lead to serious problems for forest trees. The heat allows the leaves to exceed a thermal limit, where negative net photosynthesis begins and forest mortality risk increases (stock image)

A third of all tree species are threatened with extinction, and scientists warn that this could exacerbate global warming

Human activities such as agriculture, ranching and logging nearly a third of the world’s tree species are threatened with extinction.

More than 500 experts from 60 institutions collected data over five years for the ‘State of the World’s Trees’ report, published last year by Botanic Gardens Conservation International.

The researchers assessed the 58,497 species of trees growing around the world — and found that about 17,500 are on the worrisome path to complete extinction.

This month they released a follow-up report warn of the consequences of the mass extinction of trees.

The main problem is that it reduces tree diversity, leading to smaller forests that are more susceptible to pests.

Smaller and weaker forests mean less carbon sequestration, meaning more carbon is left in the atmosphere to warm the planet.

It also results in fewer trees as a resource for humans, as we use them for paper, fuel, food and medicine.

Billions depend on the trade in these products for their livelihoods, and trees contribute about US$1.3 trillion (£1.1 trillion) to the global economy every year

Loss of tree diversity would also adversely affect wildlife — including animals, plants, fungi and bacteria — that make forests their home.

Mystery of the Diamond Bearing Meteorites is SOLVED