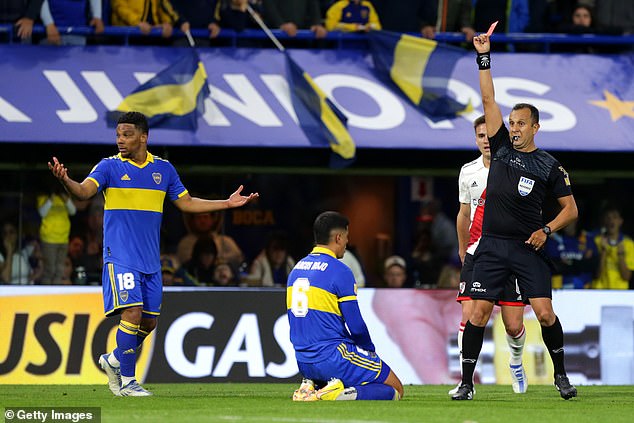 Marcos Rojo was sent off late Sunday in Boca Juniors’ Superclásico win over River Plate for a pompous tackle that hit an opponent in the head.

The former Manchester United defender was immediately shown a red card after accidentally kicking an attacker’s head in their 1-0 win during the hotly contested Buenos Aires derby.

With 30 seconds of stoppage time to play, Roja went for a 50-50 ball in the air when the bottom of his boot made contact with Uruguayan midfielder Nicolas De la Cruz, who rushed in to try to head the ball.

Referee Dario Herrera immediately showed the 32-year-old a red card for the reckless tackle, although some on Twitter were quick to defend him.

One said the tackle was “never red”, while another wrote: “The only thing that got him that red card is his reputation, that wasn’t an outright red card challenge”. 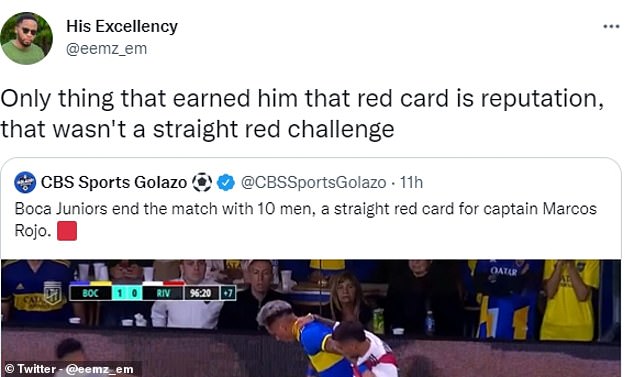 The victory – sealed by a goal from Dario Benedetto in the second half – left Boca Juniors three points behind their city rivals.

The bad blood between the teams has led to the fiercest rivalry in Argentina. When the clubs met in March, Boca Juniors had to be escorted from the field by riot police, as previously reported by MailOnline. 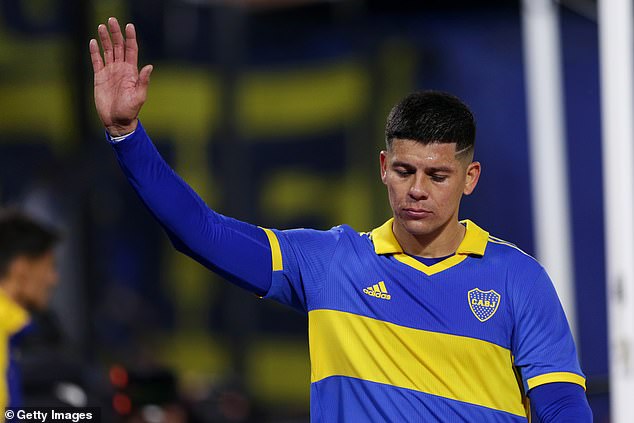 Rojo joined the club last year after seven years at Old Trafford, where he was known for being erratic, but he was never shown a red card for the Red Devils.

It seems that his unconventional style has continued in Argentina. Last year, Sportsmail reported that he had been fined £18,000 and a five-match suspension for his involvement in a post-match brawl against Brazil’s Atletico Mineiro in the Copa Libertadores.

Rojo saw a security officer punch and pick up a fire extinguisher before being encouraged to put it down again.

Meanwhile, in May, he was criticized for appearing to be smoking a cigarette on the pitch after a cup final victory, while surrounded by members of his family, as reported by Manchester Evening News.

Waitress, 20, ‘thought she was going to die’ after an extreme allergic reaction to hair dye