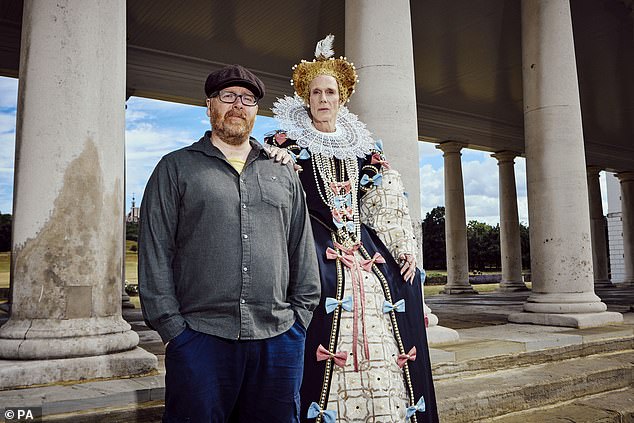 By Eden Confidential By Richard Eden For The Daily Mail

Frankie Boyle is set to present a documentary about the royal family after he was previously under fire for a ‘dirty’ joke about the queen.

The controversial comedian, 50, has been drafted by Channel 4 bosses for Frankie Boyle: Monarchy, where he will explore the future of the monarchy.

The public broadcaster claims Boyle will “turn his wry gaze on the state of the British monarchy and its future” while questioning his place in the modern world.

Royally insulting! Frankie Boyle is going to present a documentary about the Royals

It adds: “He wonders, “Will the monarchy soon be put out of its misery as it slips gently under the soft cushion of our collective apathy? Does the royal family still have a place in the modern world?”

The BBC was once forced to remove a line from Comic Relief coverage in 2013 after the Scot, commenting on the Queen’s hospitalization, said: ‘I wish she were dead.’

In 2008, a ‘grossly offensive joke’ about the Queen, broadcast on BBC2’s satirical panel show Mock the Week, was approved by the company’s governing body.

The highly personal comment about the monarch was made by Frankie and broadcast at the time of the Andrew Sachs scandal. 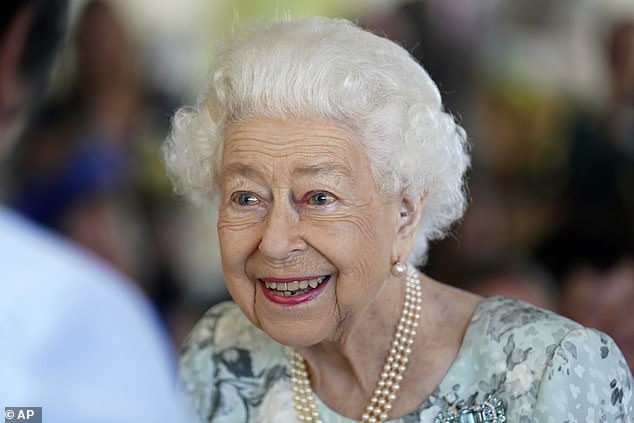 New job! The controversial comedian, 50, has been drafted by Channel 4 bosses for Frankie Boyle: Monarchy where he will explore the future of the monarchy (pictured July)

Boyle joked that you wouldn’t hear the Queen say on her Christmas broadcast, “I’m so old now that my p**** is haunted.”

The episode was first shown in 2007, but was repeated in October 2008 during the uproar over messages from Jonathan Ross and Russell Brand on Mr Sach’s answering machine.

A complainant said the joke was grossly offensive, adding: “It would have been reprehensible at the best of times, but as it did in the midst of the Ross and Brand controversy, it was rather unforgivable.”

An initial complaint to BBC management was dismissed, saying the joke was ‘almost ‘almost’, but in line with the show. 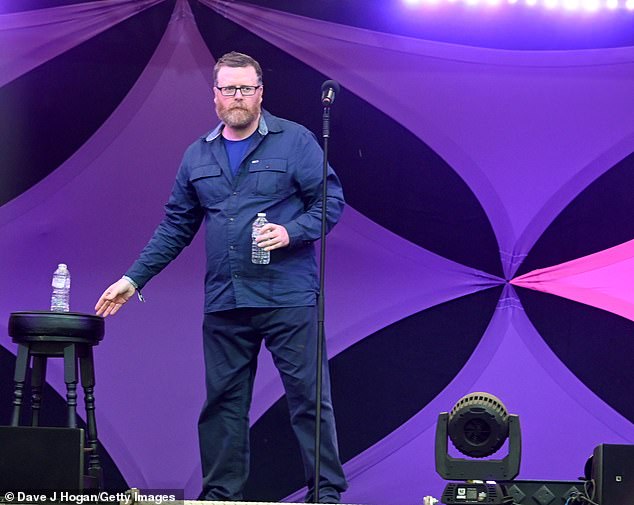 Project: Public broadcaster claims Boyle will ‘set his dry eyes on the state of the British monarchy and its future’ as he questions his place in the modern world

The viewer then took his complaint to the BBC Trust, who also dismissed the complaint, although he admitted the joke had “sexist and age-related undertones”.

Richard Tait, BBC administrator and chairman of the editorial standards committee, said the joke was “well past the watershed, well signposted and within audience expectations for the show.”

He said: “The committee found this joke to be in bad taste – it had both sexist and age-appropriate undertones.”

However, a joke in another episode of Mock the Week about Olympic swimmer Rebecca Adlington was believed to have broken the rules. Boyle said Adlington looks “like someone looking at himself in the back of a spoon.”

He also made a sexual innuendo about the gold medalists’ love lives, saying that Adlington’s boyfriend looked like a male model and continued: “So from that I deduced that Rebecca Adlington is very dirty – I mean, if you consider how long she can hold her breath…’

One viewer told the BBC he was “shocked”.

The show’s producer later responded to the complaint, saying the ribbing may have gone “a little too far” and apologized.

The trust said 75 complaints had been received about the item, which originally aired the week Team GB returned from the Olympics.

It found that although Adlington was a public figure, she had not caught the attention of the media.

The verdict read: “The joke about her appearance and the sexual innuendo was demeaning and there was no clear editorial purpose for including these comments.”

The committee also found that the editor’s commissioner had expressed its opinion about not including the joke.

It said she was concerned that she didn’t seem to be able to get the edits she would have preferred.

Mr Tait said: “The committee found the comments about Rebecca Adlington demeaning, and this was compounded by the fact that she had not sought celebrity status or sought media attention.”