Gang war in Sydney: Rapper Ay Huncho claims Alameddine’s crime network was made up by police 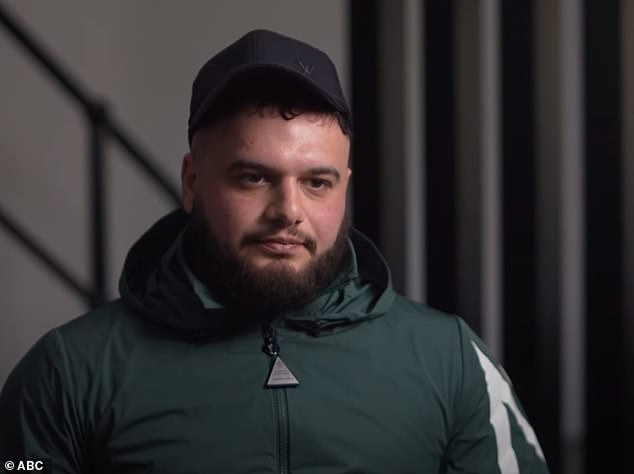 Drill Rapper and alleged member of the Alameddine crime network Ay Huncho has appeared in a TV interview claiming the organization “doesn’t even exist.”

Along with Huncho, a shadowy figure appeared unannounced at the interview who refused to be filmed and who, according to the program, is a high-ranking member of the Alameddine group – which police say controls much of the drug trade in Sydney by force.

Throughout the interview, he interrupts off-camera to instruct Huncho what to say.

“Make it very clear that the organized crime network Alameddine does not exist. It’s a police-made thing,” says the figure.

Then he turns to the camera: “There is no criminal network. That’s what the police and the media made up. There is no such thing.’ 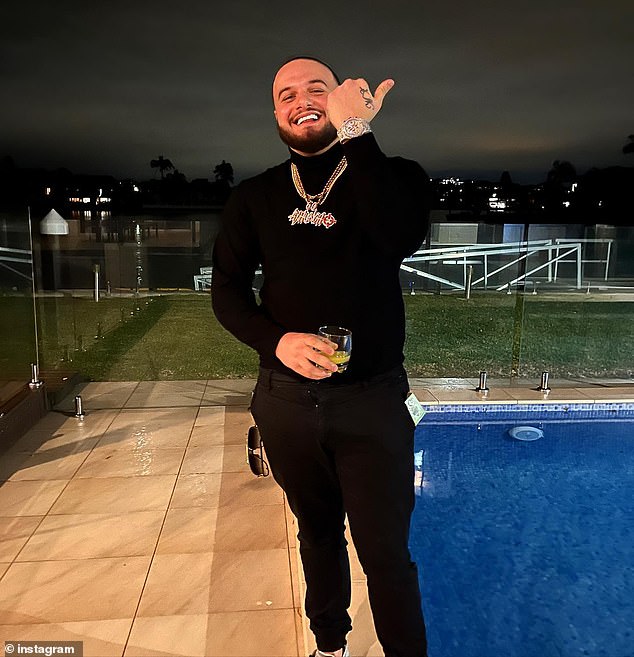 WHAT IS DRILL MUSIC?

In a video that has been viewed nearly three million times, rapper Digga D boasts that he had to bleach his knife after using it to attack someone.

In another, titled “Mummy’s Kitchen,” rappers Loski and Mayski, who are considered Londoners, brag about stealing a knife from the family home.

In the videos, which are filmed throughout the city, performers make sure their faces are covered.

In Australia, the genre has been adopted by rap group OneFour, from the west of Sydney and 21District from the Inner West.

But police say the Alameddine network, supplied by the Comanchero bikie gang, is responsible for much of Sydney’s lucrative drug trade and uses bashing, kidnappings and shootings to protect their businesses.

As part of the program, reporter Mahmood Fazal was taken to one of the group’s “trap houses,” where bricks of cocaine smuggled into the country are cut into smaller portions to be sold on the street.

After two car journeys, he is led blindfolded to a shipping container where two men in balaclavas show him the multiple pistols they carry before getting to work with the cocaine.

“I’m a bit shocked to see people doing that so young,” he says back to safety, explaining that the crime syndicates are recruiting teenagers from street gangs in western Sydney.

Police have linked the Alameddine clan to more than half a dozen murders in the past 12 months. 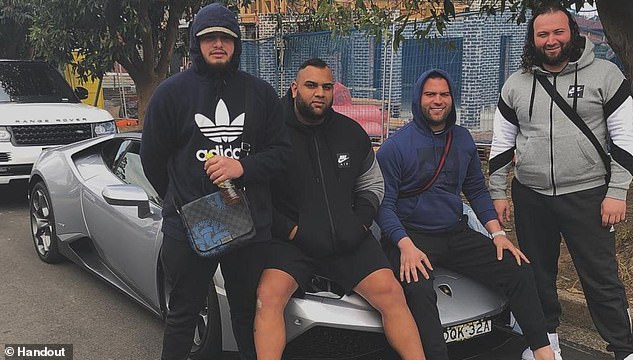 From left to right are alleged Alameddine employees Ali Younes and Masood Zakaria, who have fled the country, along with Rafat Alameddine and Hamdi Alameddine.

In May this year, up to 450 police officers executed 29 search warrants, all of which police say are linked to the Alameddine network.

The sweeping raids arrested 18 men, aged between 19 and 39, who allegedly worked at the low-to-medium level of Alameddine’s drug distribution network.

Phones were seized, one with 700 contacts, which police say were an integral part of the business fueling Sydneysiders’ cravings for cocaine, MDMA, cannabis and prescription drugs, which could bring in more than $250,000 a week.

“These phones have been the subject of competition … they have been directly linked to a number of murders,” NSW Police Assistant Commissioner Michael Fitzgerald said at the time.

Huncho was not involved in those raids, but when he showed the Four Corners crew his old home in Merrylands in south-west Sydney, he admits that he has “lost count” of the number of times he’s been caught by the police. raids. 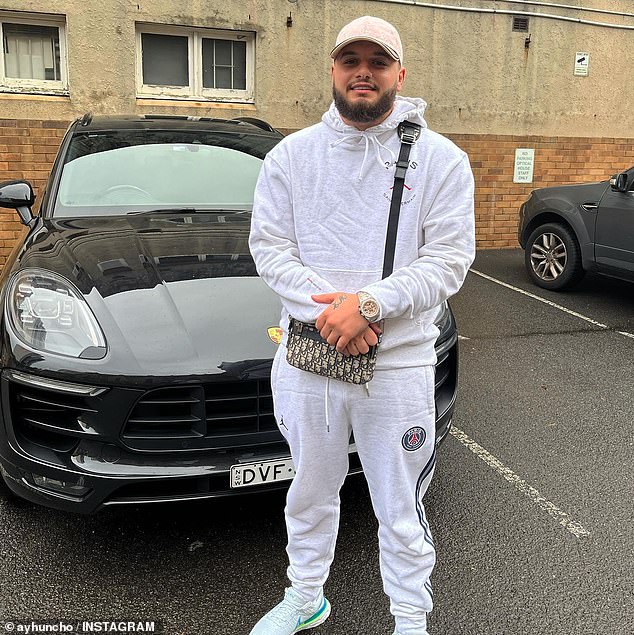 “My first raid was here, they showed me a firearms order that said I wasn’t allowed to carry guns,” explains Huncho.

“I was told that when I was 18, they raided my house looking for weapons.”

Mrs. Tobin interrupts, “Did they find one?”

“How many times have the police raided your house?” asks Mrs. Tobin.

“Here it was six or seven times, the house probably the same after that, and the house after that the same, and the same again. I’ve moved a lot and I’m being mugged,” the rapper said.

“The last one was two months ago.”

Huncho will not be allowed to associate with alleged members of the Alameddine network, which police claim is a member, as a condition of bail, including his cousins.

He is currently charged with affray, recklessly causing grievous bodily harm in company and assault with intent to participate in the activities of a criminal group after an alleged altercation during a boxing match in November.

In June, he was arrested at his home in Parramatta after detectives found a May 20 photo on his Instagram of which they claim he is standing with an organized crime figure.

The photo was taken while Huncho was filming a music video for one of his songs in Mt Druitt – a deliberate attempt to taunt members of opposing ‘zip code’ gangs. 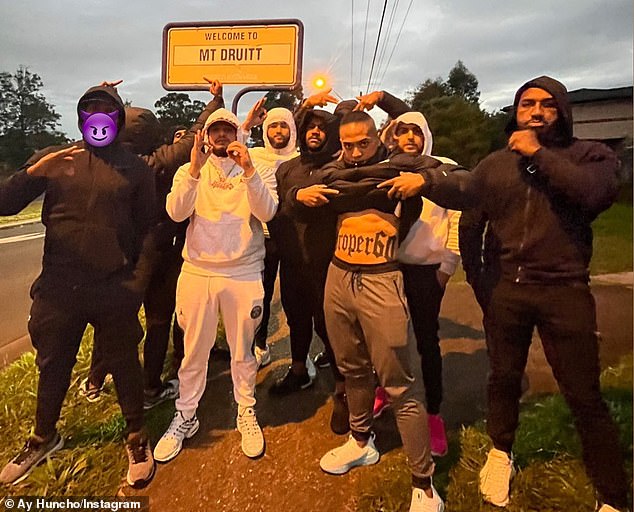 Younes was arrested earlier this year after detectives found a photo (above) on his May 20 Instagram that allegedly showed him with another crime operative.

Huncho makes ‘drill rap’, a subgenre rife with references to the use of weapons such as knives, hammers and guns on members of rival gangs from other zip code suburbs.

Police allege that the traditional code of silence surrounding criminal gangs is being reversed by a new generation of youth seeking exposure through social media.

“It’s (drill rap) is used to get fame. The basics are you can’t sing or rap about it unless you actually committed the crime,” Strike Force Raptor commander Jason Weinstein told the program.

Raptor is charged with disrupting organized crime in Sydney, with Weinstein dismissing Huncho’s claim that he is being harassed.

“I make no apologies for those who associate with organized crime and we do so legally.”

“If he doesn’t hang out with people like that, I don’t expect him to get any attention from the police.”

OneFour Gang Sign – Two hands: four fingers up on the left hand, with the ‘up yours’ middle finger on the right.

21 District – drill rappers, also known as the ‘Inner West’ gang. Support is from the Inner West to Manly. 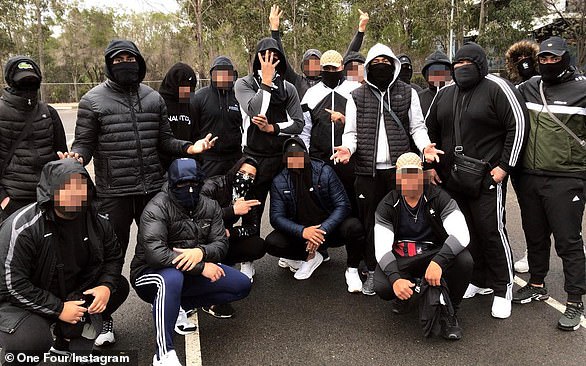