Good evening, Frodsham! Gary Barlow – who played in stadiums with Take That to 50,000 fans – takes his one-man show to a 216-seat village hall in the town of Cheshire, where he grew up

By Liz Hull for the Daily Mail

Playing in front of 50,000 screaming Take That fans in stadiums around the world is a day job for Gary Barlow.

But there’s nothing like coming home to bring you down to earth — and it showed for the pop star who admitted that performing this week in the marketplace he grew up in “felt like the biggest” of his life.

Barlow, 51, took his one-man show back to his roots in Frodsham, Cheshire, performing on a small stage in the community center to an audience of just 216.

Rule the World: Playing in front of 50,000 screaming Take That fans in stadiums around the world is a daily activity for Gary Barlow (pictured)

The fact that his mother Marjorie – munching on pick ‘n’ mix candies – was in the audience may have contributed to his nerves, or to the expectations of local fans, who within minutes could sell every ticket to the Frodsham leg of his UK tour.

In fact, their enthusiasm was such that the £38.50 seats soon traded online for ten times as many hands.

A Different Stage chronicles Barlow’s life thus far — including his struggle with bulimia after the 1996 breakup of Take That, the stillbirth of his daughter Poppy and the death of his father Colin in 2009 — interspersed with hits from his 32 year career. 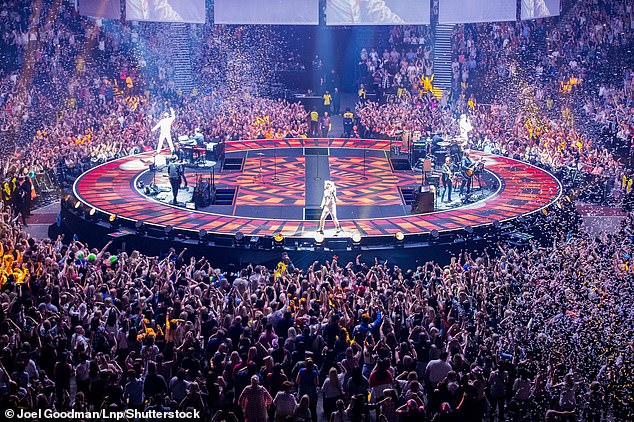 Shine: But there’s nothing like coming home to bring you down to Earth (Take That performs live on the opening night of their Wonderland tour at the Manchester Arena in 2017)

They include A Million Love Songs, which he wrote at age 15 in his bedroom on Ashton Drive, a few blocks from the community center.

After the platinum anniversary kicked off, Barlow revealed Thursday night that one of his most vivid memories was of the silver anniversary in 1977, when his parents threw a street party.

Barlow said that when he was only six years old, he first realized the power of music to “make things better” for everyone.

The public licked up his local references, cheering loudly every time he mentioned a shop, barber, or bakery. 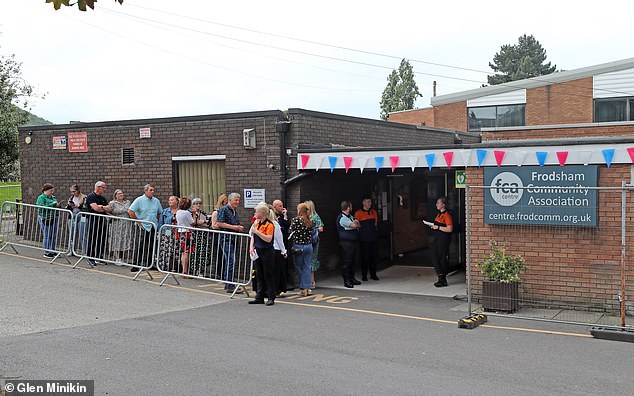 Back for Good: Barlow, 51, took his one-man show back to his roots in Frodsham, Cheshire, performing on a small stage in the community center before an audience of just 216 people (Photo: Frodsham Community Centre) 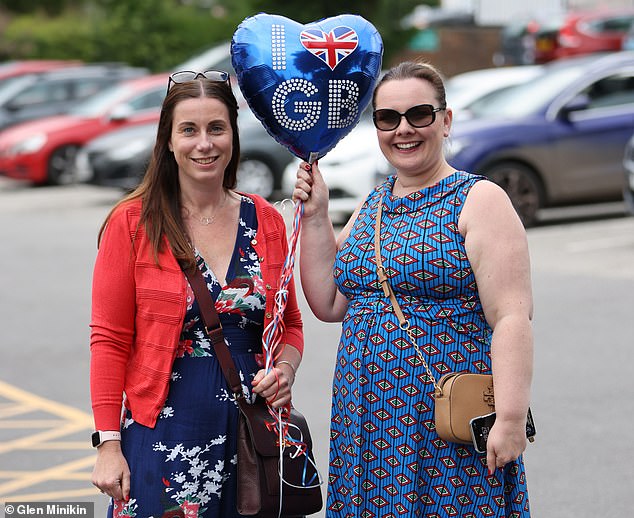 Relight My Fire: Superfans (LR) Rachel Beeken and Claire Bond arrive for the Gary Barlow performance in his hometown

One fan, who has seen the show several times, said Barlow occasionally tripped over his words and looked “more nervous than usual.”

They added, “Maybe he just wanted it to go well because it was the first for his local fan base.”

Superfan Amanda Wilkins, 50, who attended Frodsham High School with Barlow, said it was “sweet” of him to return to perform for the community.

She added: “A lot of people were disappointed that they couldn’t get tickets.” 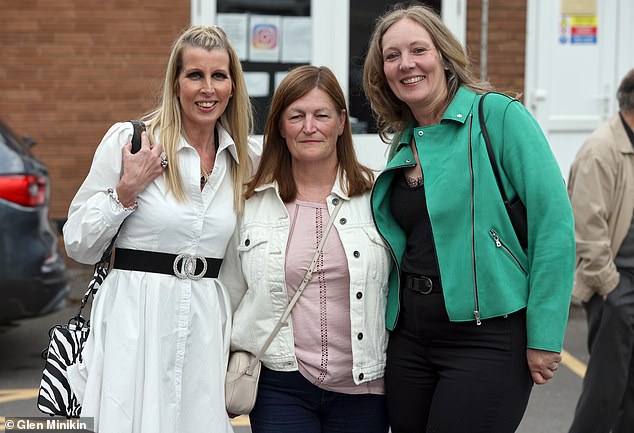 Carla Pastore, 44, said she was determined to get tickets to the performance in her hometown, despite seeing the show elsewhere nine times before.

“This is the smallest place we’ve seen the show,” she added. “Seeing where he comes from just makes it that little bit more special. It’s going to mean a lot to him.’

After the two-hour performance, about 30 fans waited patiently outside in the rain to catch a glimpse of their idol, who walked over to them and thanked them for being there.

Barlow, who gives four gigs in the city, later tweeted: ‘What a great night we had in Frodsham – wow – what a crowd xxxx.’