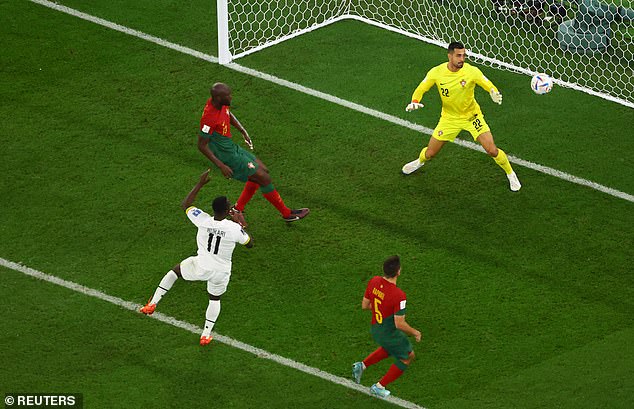 By Lee Davey for Mailonline

Ghanaian star Osman Bukari has hit back at claims he disrespected Cristiano Ronaldo during his goal celebration.

Ronaldo was not on the pitch when Bukari made his giant leap and now the Ghanaian has responded to those who accused him of disrespect. 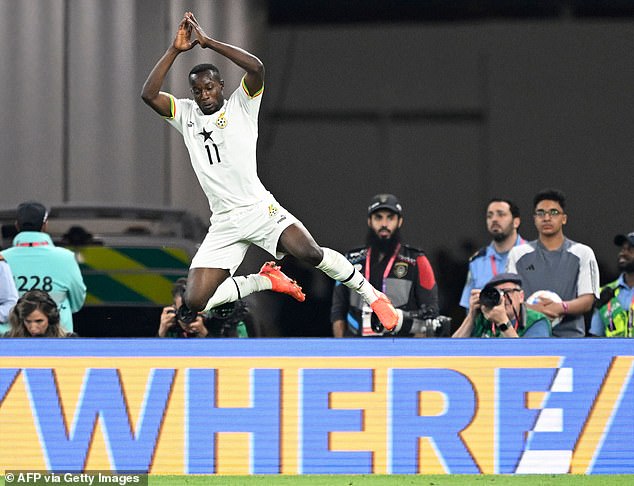 Osman then celebrated with Ronaldo’s trademark celebration, but drew backlash from fans

This is incorrect. I was overwhelmed by the emotion of the moment I scored for my country in my World Cup debut that led to my celebration.

My upbringing does not allow me

Bukari tweeted: “I noticed my party today has generated comments claiming I was disrespectful to Ronaldo.

‘This is incorrect. I was overwhelmed by the emotion of the moment I scored for my country in my World Cup debut that led to my celebration.”

However, Bukari later risked Ronaldo’s wrath by describing the 38-year-old as his “oldest” while trying to say he respected him.

“My upbringing doesn’t allow me to be disrespectful to the elderly, let alone one of my idols. 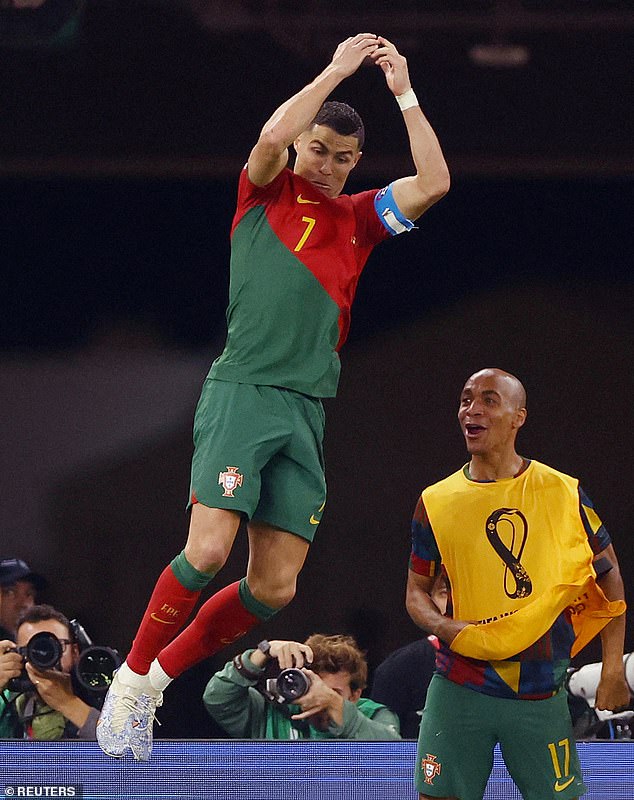 “Thanks for your support and we’ll focus on our next game!”

Ronaldo opened the scoring from the penalty spot in Portugal’s opening match in Group H in his first game since mutually agreeing to end his contract with Manchester United on Tuesday.

Goals from Joao Felix and Rafael Leao were enough to beat the African side who had previously increased Ronaldo’s penalty through Andre Ayew’s close-range finish.

Ever the showman! Mike Dean filmed singing his own farewell song