GRACE DENT was afraid of boring days at the beach. Now, she says, a expanse of sand is her happy place

For a while I was not completely sold on the coast as a child. On the Solway coast, on every sunny holiday weekend in the 1980s, my mother’s Austin Princess would stop, filled to the brim with kids, bats, balls, sweaty egg sandwiches, and perhaps a volatile bottle of Ambre Solaire Factor 2 solar oil.

My mother—blonde, blond, tan quickly—loved the sea. One day she would win the football pools, she told us, and we would move to a mansion with an ocean view, maybe in Florida, maybe in Fleetwood. She never did, but it was a dream.

I, on the other hand, was less than thrilled when I got out of that car with its warm leather seats. Small, pale, anxious, I stared at the sandy nothingness that reached out to the glittering blue waters between Silloth on Solway and nearby Scotland, never quite feeling the same joy as, say, my little brother David, emerging from the car when he stopped, honking with joy.

As a child, Grace Dent despised going to the coast, unlike her family. Years later, she saw some carefree women and realized the power of the coast. Pictured: Pedn Vounder Beach, South Cornwall

Within 20 minutes, David would have rounded up complete strangers to play beach football, touched a jellyfish, swam up to his chest in the Solway Firth and found an ice cream truck to buy a Lyons Maid Zoom.

I was a much more reserved child. The lack of schedule when we reached shore made me tense. We were there, Mama would say, ‘make the most of the sun’ until it left, which seemed very long indeed for a ten-year-old girl armed with a lone copy of Blue Jeans magazine.

And even at this precious age, I had discovered that the 30-meter walk from the beach towels to the sea, wearing a suit exposing my bare thighs, seemed unbearably long. I didn’t look like the girl Samantha Fox.

Years later, during a lovely sunny holiday in Tunisia with my mother – seven days of sand cloves, prosecco and paperbacks – something in my attitude changed. Beach vacations are for people watching and Mom and I became fascinated with a couple of octogenarian sisters who came by the hotel bar every day. Wearing only bathing suits, they cautiously walked hand in hand to the sea, paddling up to their waists. At that point, their hard faces would turn to sheer folly as they screamed and splashed about. 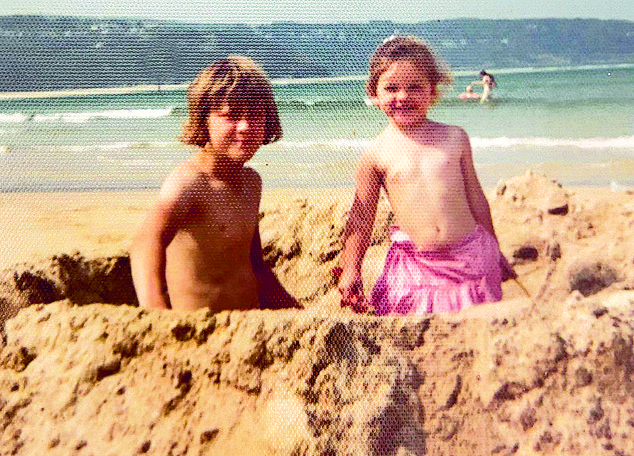 Grace in Cornwall, 1977 with older brother Bob. As a child, Grace never had the same excitement as Bob to go to the seaside

These ladies didn’t give a damn about eyes peeking at their shaky, fleshy, wrinkly bits as they stroll down the beach. The sea air and salt water seemed to transform them.

This image has stayed with me. Because I now know that a trip to the coast is a powerful tonic. These days, when city life and deadlines drag me down, I crave the desolate, rambling beaches of Aberdeenshire, Carmarthenshire and Suffolk. If you are lucky you can have them to yourself. Just you, your loved ones, some seagulls. Time to laugh, walk and catch up. What could be more perfect, I often sigh, than a long afternoon in Northumberland on a clear day, Labrador walks, eating crisps or perhaps a cream tea on a sun-drenched hotel terrace? Then go home with roasted shoulders, full of vitamin D plus a newfound sense of perspective.

When city life pulls me down, I yearn for empty rambunctious beaches

The beach has been around longer than me and you and everyone we know: nobody cares if the municipality doesn’t replace your stolen garden waste bin or if your balayage has turned a little green. We are just dots on the cosmos. Life is short, take a Solero.

Over the years I have become a master of beach life, in all its different forms. I ‘done’ St Tropez in the summer, eating lobster in a bikini, downwind from Joan Collins at Club 55. I can’t say I liked this more than scampi in a basket at Lytham St Annes, because to going to see places is exhausting. 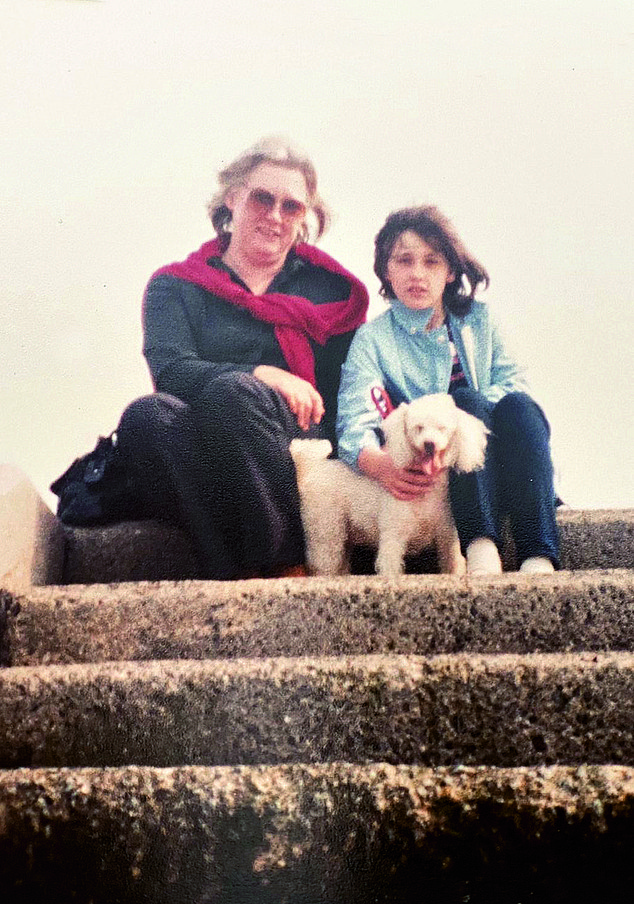 Grace, her mother and dog Trixie in Silloth, 1982. Grace’s mother dreamed of buying the family a house overlooking the ocean

I have often vacationed in Ibiza, dancing barefoot in beach bars at sunset but, like most vacations you spend in your early 20s, I have very few memories and the most glamorous meals we ate were Ruffles washed down with Fanta Lemon.

In Rhodes I once kissed a firefighter who was actually from Catford, but let’s just ignore that. We kept kissing on sand dunes all night and the firefighter took me back to my shared girly vacation apartment. This was one of the most romantic things that ever happened to me, even though when I developed the photos at Boots a fortnight later, it turned out he looked like a smaller, squashed Phil Mitchell. Ouzo is a great drink. 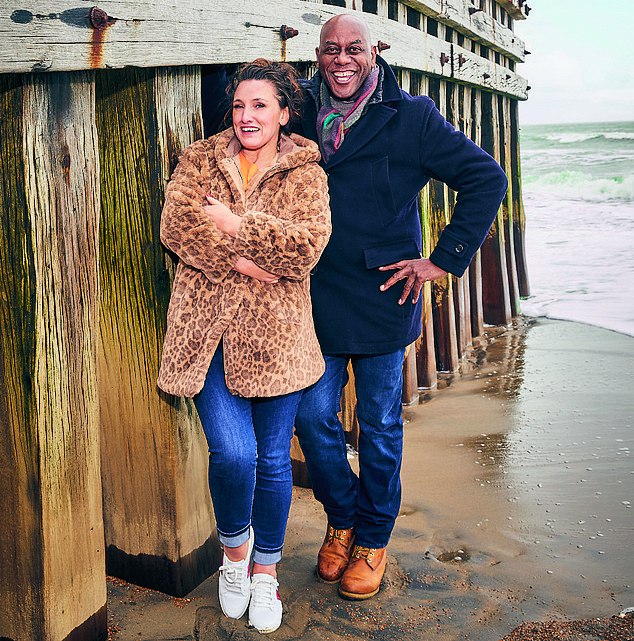 Grace with her co-presenter Ainsley Harriott at best of British by the sea. Grace now embraces the sea and finds comfort on the beach

I’ve spent beach holidays in Miami, Eilat and Bulgaria, but nothing is more precious to me than the last trips that me, my mother and our family took to Cornwall just before the pandemic. On her last legs with cancer, but still battling, we bundled Mom into a suitcase filled with teens blaring TikTok from phones, farting dogs, swingball, and bulging suitcases. The drive was long from the north, but we got there, to a beach house with glorious, unspoilt views and a cliffside path down to a small cove with a bar selling cones of chips and donuts. The beach was mostly algae, rocks and gray sand but the dogs loved it so we were happy. I will always remember hugging her arm as we went on one of our afternoon walks, laughing and gossiping as the wind blew us sideways and made us sand blind. “I’d love to buy a house here,” she said, as she always did, though it felt much more harrowing this time.

Since she’s gone, I find myself sifting through the pages of Rightmove, looking for a perfect seaside fantasy home — for me and for her, if I’m being honest. I am looking for a place by the beach to spend long summer days with our family. It’s just a dream, but the dream is compelling. A place where we can throw open the patio doors and wander downstairs like a gang, laughing, splashing and wearing windbreakers and sweaty egg sandwiches. A place to infuriate the teens in the family, there is no 4G or shops, but they will make memories that will live on forever. I haven’t found it yet, and I probably couldn’t afford it, but the search for Mom’s house feels like sunshine.

Pippa Middleton is glowing in green at Buckingham Palace