Lilibet HAS met Lilibet! Prince Harry and Meghan took their daughter to Windsor Castle to see the Queen ‘shortly after arriving in the UK’

By Rebecca English, Royal Editor, For The Daily Mail

The Queen finally got to meet her great-granddaughter Lilibet at a private gathering in Windsor, the Daily Mail can reveal.

The undoubtedly emotional family reunion – the monarch has also not seen her great-grandson Archie since he was a few months old – took place in the 48 hours after Harry and Meghan arrived in the UK with their family on Wednesday, it’s understood.

It is believed that Harry and Meghan took their children to Windsor Castle to see their great-grandmother shortly after arriving in the UK, given the Queen’s current mobility issues, although this has not yet been officially confirmed.

Lilibet is celebrating her first birthday in the UK today and having canceled her trip to the Epsom Derby and will not be attending the party at the palace tonight, the Queen is expected to make time to visit her grandson and his children. see again. It is also very likely that Prince Charles will also meet his grandchildren.

Lilibet was named, somewhat controversially, in tribute to the Queen, whose childhood nickname was Lilibet. It was conceived when the then-Princess Elizabeth was a toddler in the 1920s and struggling to pronounce her own name correctly.

The Queen’s father, George VI, said of his daughters, “Lilibet is my pride. Margaret is my joy.’

The nickname was also used by the monarch’s late husband, Prince Philip, as well as close family and friends.

At the time, many saw the Sussexes’ decision to name their daughter after the Queen as an attempt to emphasize their ties to the royal family at a time when they were setting up lucrative commercial deals as part of their newly independent life in the US. .

Buckingham Palace also became embroiled in an argument over whether the Queen was consulted about the name beforehand.

The BBC reported that the Sussexes had not sought and had not been granted permission to use the name. 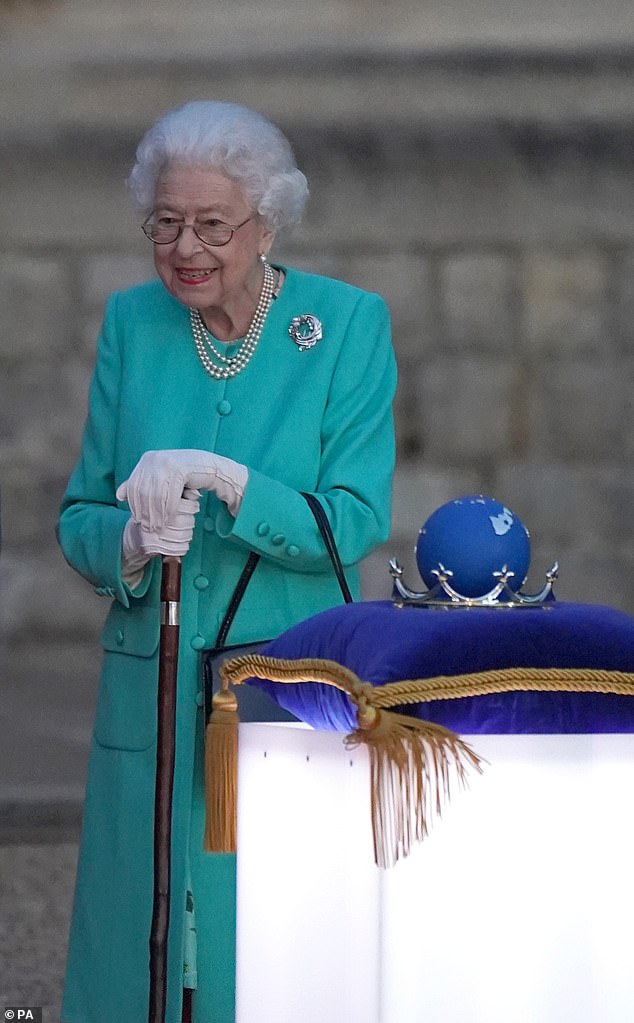 But a spokesperson for the couple insisted that Lilibet’s great-grandmother had been informed in advance and that they would not have used the name had the monarch disapproved of it.

The spokesman said: ‘The Duke spoke to his family prior to the announcement – ​​in fact, his grandmother was the first relative he called.

“During that conversation, he handed out their hopes of naming their daughter Lilibet in her honor. If she hadn’t been helpful, they wouldn’t have used the name.’

Harry also threatened legal action against the broadcaster, claiming the claims were “false and defamatory.”

Some royal sources have mockedly pointed out that there was a world of difference between asking permission and presenting it as a fait accompli.

Millions waited for a sign of reconciliation between the estranged princes. So if not now, when?

How Casanova sired a child with his own 17-year-old daughter, a new biography reveals