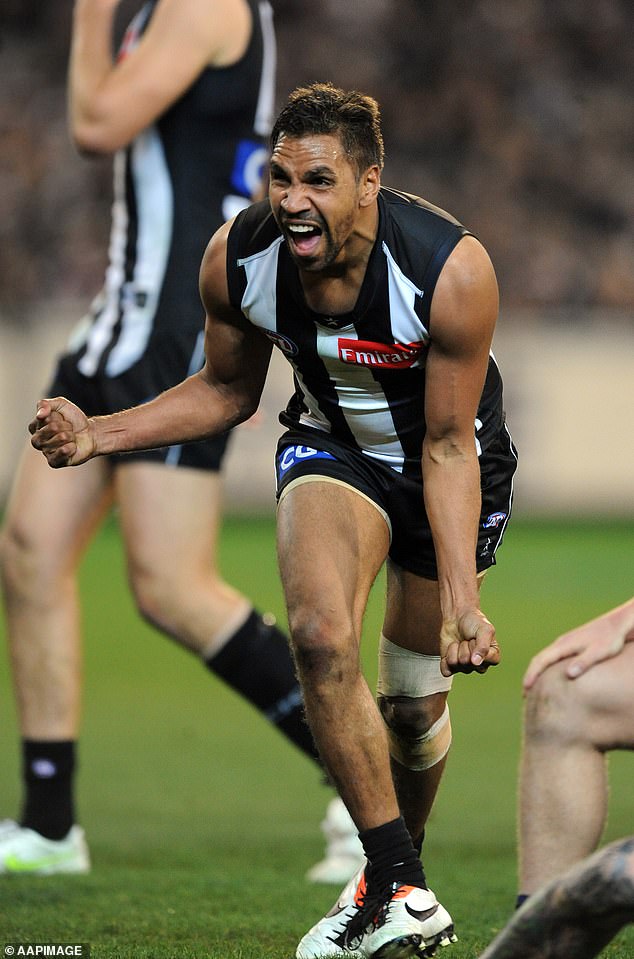 Former Collingwood star Heritier Lumumba has released startling footage of two of his clashes with ex-Magpies coach Nathan Buckley as the two clash over the racism rage around the club.

The audio surfaced after Lumumba made devastating new allegations at the club Monday, including that Buckley allowed an assistant coach to use hardcore pornography during a team meeting.

The ex-Magpie also hit Buckley and the former Collingwood president with more allegations that they were aware of racism issues at the club but covered it up.

Buckley responded by telling Lumumba to release full versions of his recordings of their meetings, which the ex-Magpie declined to do, saying he is no longer taking orders from his former boss. 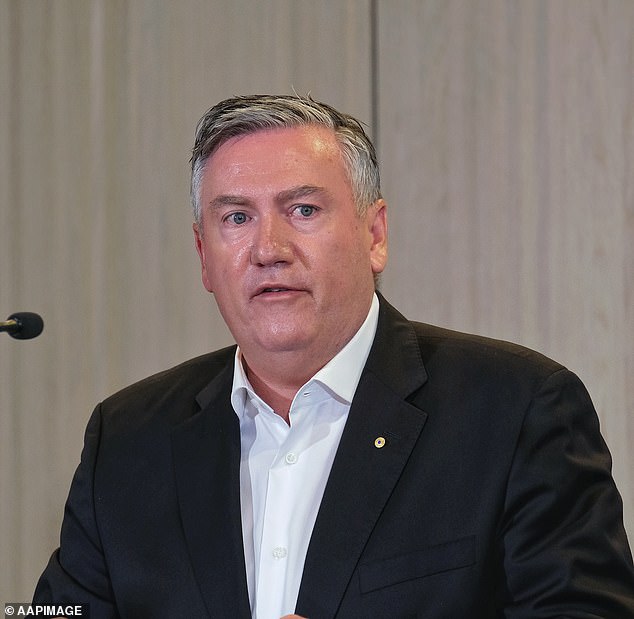 On Thursday, McGuire responded to Lumbuma’s claims, saying he still hopes the 35-year-old will one day return to the club after cutting all ties earlier this year.

“You must remember that I am very close to Heritier and have spoken to him during the journey with nothing but pure love and affection. That doesn’t mean anything right now – that’s not criticism or anything, that’s just how I feel.

“I just hope that one day the door will be a little ajar for Heritier to come back.

“I think the welcome mat is still out, but it’s his privilege and it’s very, very sad.”

The audio footage Lumumba released comes from 2014 — his last season with the Magpies — and addressed public comments the defender had made about McGuire’s involvement in the Adam Goodes controversy.

After Goodes called a Collingwood fan for a racist remark at a game, McGuire made a comment on the radio that the Swans star should be used to promote the King Kong musical. 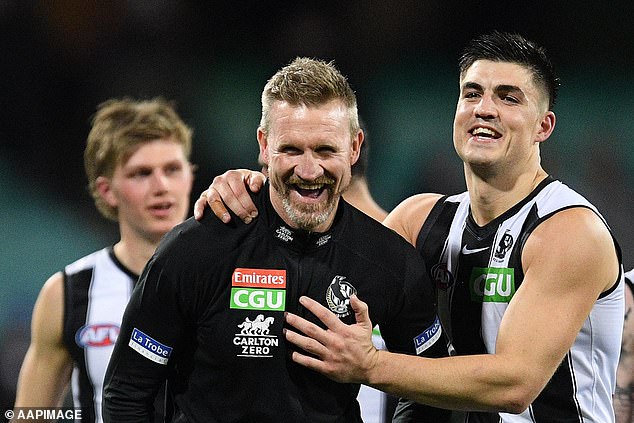 Lumumba had gone to Collingwood’s media department to request permission to comment publicly and it was granted, but said the club was dismayed that he was criticizing the club president’s statement rather than supporting it.

In the audio recording, Buckley says to Lumumba, “You threw him under the bus, mate.”

Lumumba intervenes: ‘I didn’t throw him under the bus, and we can’t experience that again.

“This is part of my problem because you still believe that, and that’s what hurts me so much Bucks, and I know you’ve been wearing it the whole time.”

Buckley replies: ‘What it all comes back to is, are you really thinking about the interests of the football club?

“You’ve become a bit of a villain and you could call it leadership, but you’ve actually gone on your own… crusades sometimes.”