Well well. That certainly closed the opposition benches. Liz Truss sailed through her first PMQs yesterday. No, delete that. She nailed it, knocked it out of the park.

Our new Prime Minister was an example of icy authority and confidence. I know, I know, it’s not exactly her first rodeo at the shipping box, but she’s never seemed so confident.

Plus, she wasn’t shy about portraying herself as something that, shamefully, has been MIA in a Tory leader for far too long: a low-tax conservative.

Of course, her backbenchers loved it. The deafening roar they gave her must have whistled through Whitehall and beyond. I haven’t heard the window putty in the room rattle so loudly since Boris Johnson first confronted Jeremy Corbyn and chopped up the old booby in the Magimix.

Even Theresa May, sitting on her usual killer couch, passed the session with pursed lips… admiration. Shades of Meryl Streep’s ruthless diva Miranda Priestly in The Devil Wears Prada. When even Theresa with a dagger’s eye mutters her approval – even smiles – you must be doing something right.

Truss arrived at the Commons at noon. If she experienced butterflies before the game, they certainly weren’t to be seen. No sooner had she burst through the double doors behind the Speaker’s seat than she launched herself on one of her whips, Craig Whittaker, and pressed his cheek with a wet slap.

To a wave of cheers, she sat down carefully in her chair and peered up at the colleagues sitting in the gallery. A wink here, a nod there, a cheeky grin. Wow she looked good! Pin-slim navy trouser suit, a touch of tart fringe at the nape and neat, crisply highlighted bob. From the couch, her Home Secretary Suella Braverman and Chancellor Kwasi Kwarteng whispered supportive words.

How bleak the front seat of Labor looked in comparison. Starmer, Angela Rayner, Rachel Reeves, Yvette Cooper – all sour sneers and frowns. What a humorless bunch. You could laugh more on a night out with an Amish family.

Truss started by offering Starmer a peace pipe, suggesting they try to work together if it’s in the national interest. Cunning trick. David Cameron tried the same when he made his debut, knowing full well that most Labor MPs would rather take weed killer than work with filthy Tories.

Starmer wanted to talk about how the government will tackle the energy crisis. Will there be a windfall tax on energy companies that make huge profits?

How on earth could a government raise money without more tax, tax, tax? He seemed particularly angry that Mr. Kwarteng and his Treasury team were planning to scrap the planned corporate tax hike. He described it as a ‘handout’ to companies. Handing out? It’s their money, for God’s sake.

The Prime Minister lowered her voice and savored the moment, leaning forward to give her opponent a short crash course in Trussanomics. 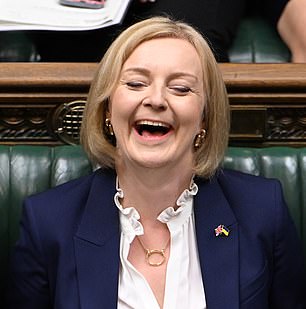 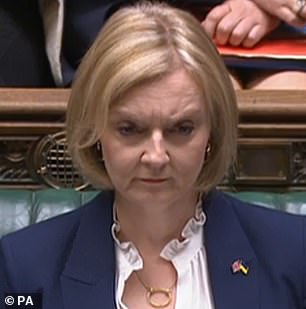 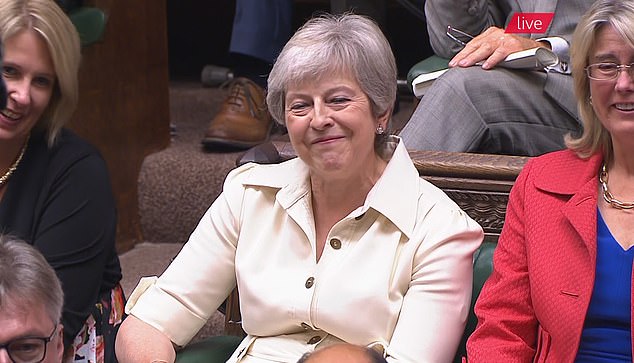 “He’s looking at it wrong,” she explained to the woman kindly. When taxes go down, income goes up. simple. Plus, she added, “You can’t tax your way to growth.” Same old Tories, same old trickledown economy, Starmer moaned. Truss objected that it was the same old labor, the same old taxes and expenses. “He doesn’t understand aspiration. He doesn’t understand that people want to love their own money more,” she said. The Tory banks exploded in this outburst of unabashed Thatcherism.

‘Morrrre!’ they cried. Some cherry-nosed grandees standing at the back of the room were so excited I thought they needed fragrance salt. Moans, as always, greeted the intervention of Ian Blackford of the SNP. He asked for a windfall, though she’d already ruled it out. Poor old blacks. Smoothness will never be his forte.

And facing Truss, that bully way he got away with when confronting Boris threatens to make him look like a dinosaur.

Truss thanked her for a “fantastic” question, agreeing that it was “quite extraordinary…that there doesn’t seem to be the possibility in the Labor Party to find a female leader — or even a leader who isn’t.” comes from North London’.

Even Starmer, a native of Islington luvvie country, laughed grudgingly.

But what else could he do? His party suddenly looks stale. And for the first time in a long time, the tails of the Tories are up.