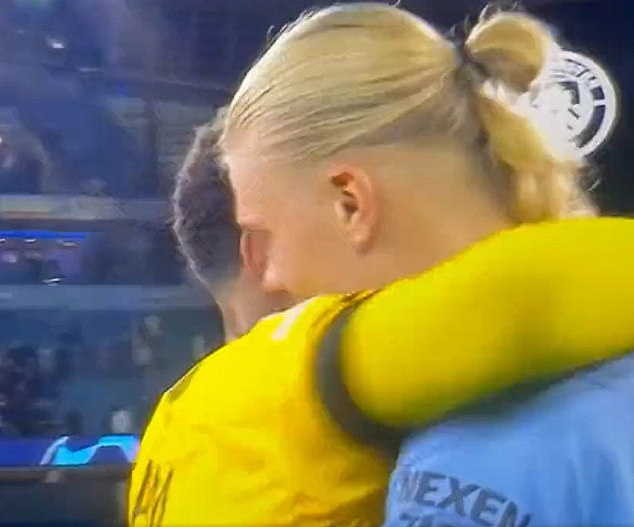 Jude Bellingham could barely hide his frustration after Borussia Dortmund’s 2-1 defeat to Manchester City in a hilarious clip that has gone viral.

The German side went up 1-0 via the England star before goals from John Stones and former Dortmund star Erling Haaland turned the game on Wednesday night to ensure City’s perfect start to their Champions League campaign continued.

Bellingham put on a stellar show at the heart of Dortmund’s midfield, displaying a maturity and quality beyond his years, raising the clamor to start for England in the World Cup.

A clip that has since gone viral shows Bellingham embracing former team-mate Haaland, with the pair of close friends during their time together at Dortmund.

Bellingham can then be heard saying ‘F*** sake mate’, demonstrating his annoyance at Haaland’s amazing late strike and Dortmund’s collapse in the final 10 minutes of the game at the Etihad.

The former Birmingham City prodigy has scored three goals so far this season and continues to impress, with the 19-year-old linked with a move to both Liverpool and Real Madrid in the summer. 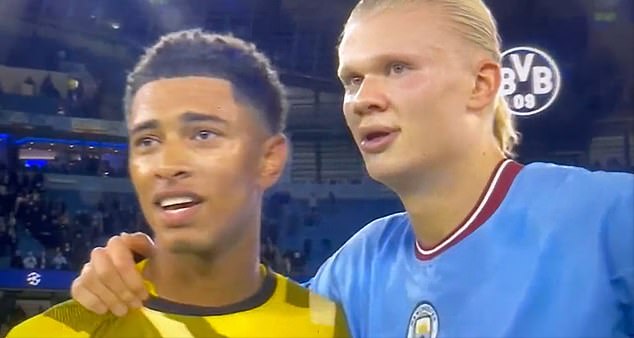 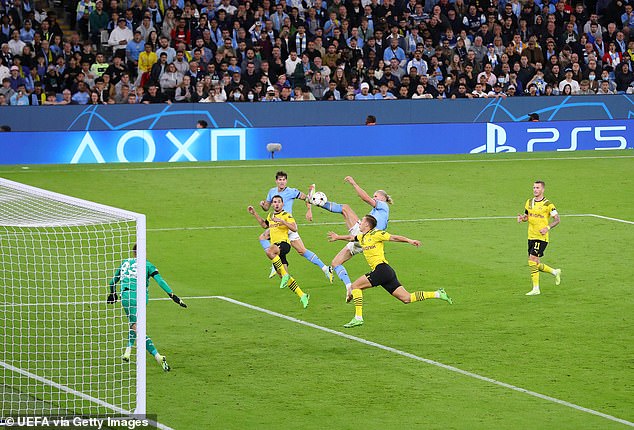 He is still widely expected to leave Dortmund at the end of the current season, with a slew of top European clubs circling to add one of the most talented young midfielders in the world.

Looking back on a dazzling spectacle, Bellingham expressed disappointment at the result at full-time.

“It’s one of those games where you can get the ball but you know you have to try and defend most of the game,” he told BT Sport. 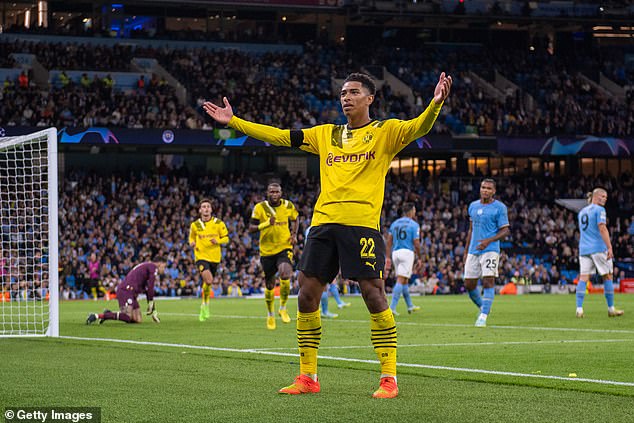 “We were brilliant for 75 minutes and that’s enough time for a team like City to lock you up.

“That’s what great teams can do for you, you don’t give them a sniff and then they punish you.”

The midfielder also praised Haaland after the Norwegian won the match with an incredible flying volley after a superb cross from Joao Cancelo.

Bellingham added: “That shows his quality that he’s not always in the game, but give him half a sniff and he’ll score a goal.”

Jennifer Garner is stylishly casual in a black skirt as…