Hilarious Voicemail Prince Harry Recorded for the Queen Has Been Revealed 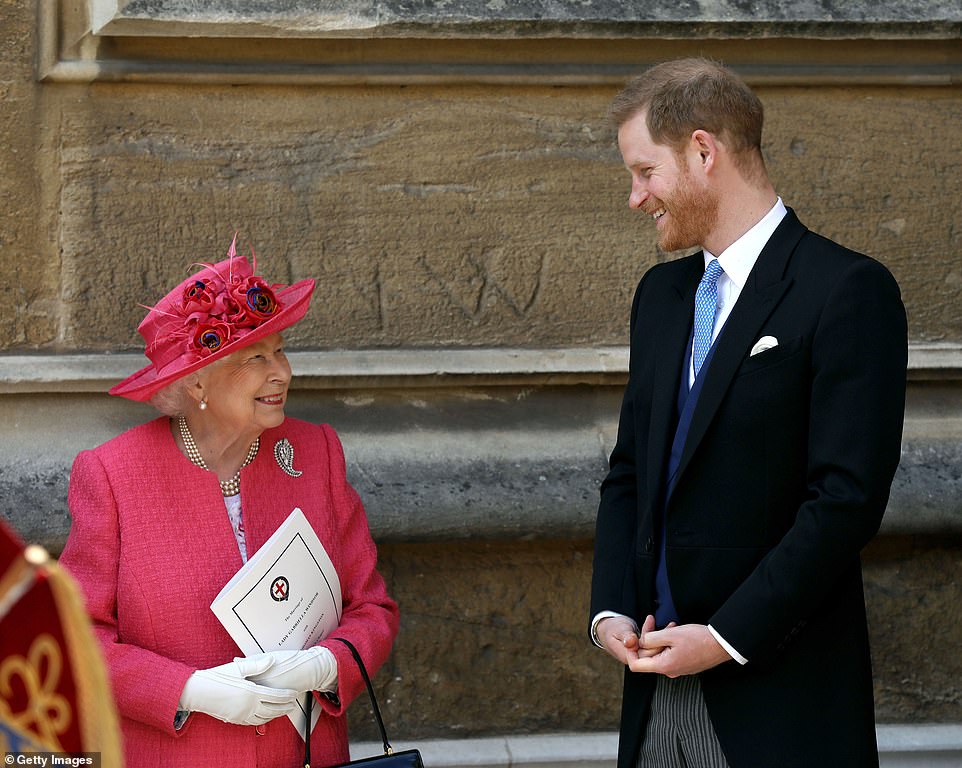 ‘Hey, how are you doing? This is Liz’: Prince Harry recorded a hilarious voicemail message on the Queen’s phone, royal experts claims – and Her Majesty ‘just laughed’ at her grandson’s antics

Details of a hilarious voicemail Prince Harry recorded for the Queen, and her response to it, have been revealed. Royal author Phil Dampier, writing in the Express, shared details of the message the Prince wrote when Her Majesty first got a cell phone and asked him to help her with it. 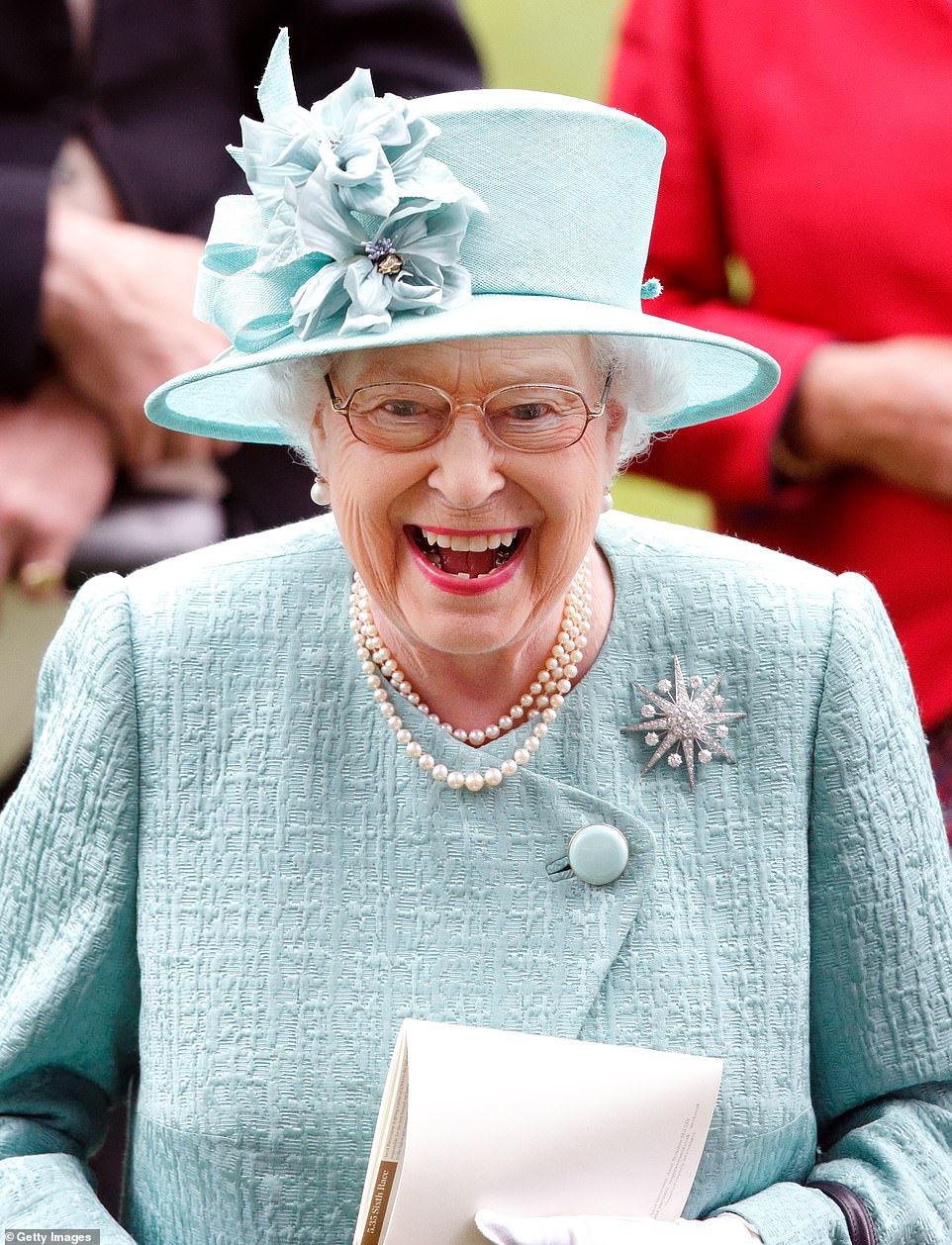 The message read, ‘Hey, wassup? This is Liz. Sorry I’m away from the throne. Press one for Philip, two for Charles and three for the corgis!’ While the monarch’s private secretary, Robin Janvrin, “got the fright of his life,” Phil said the Queen laughed at the funny recording. The Queen is said to have had a close relationship with Prince Harry, with the couple enjoying each other’s sense of humor. 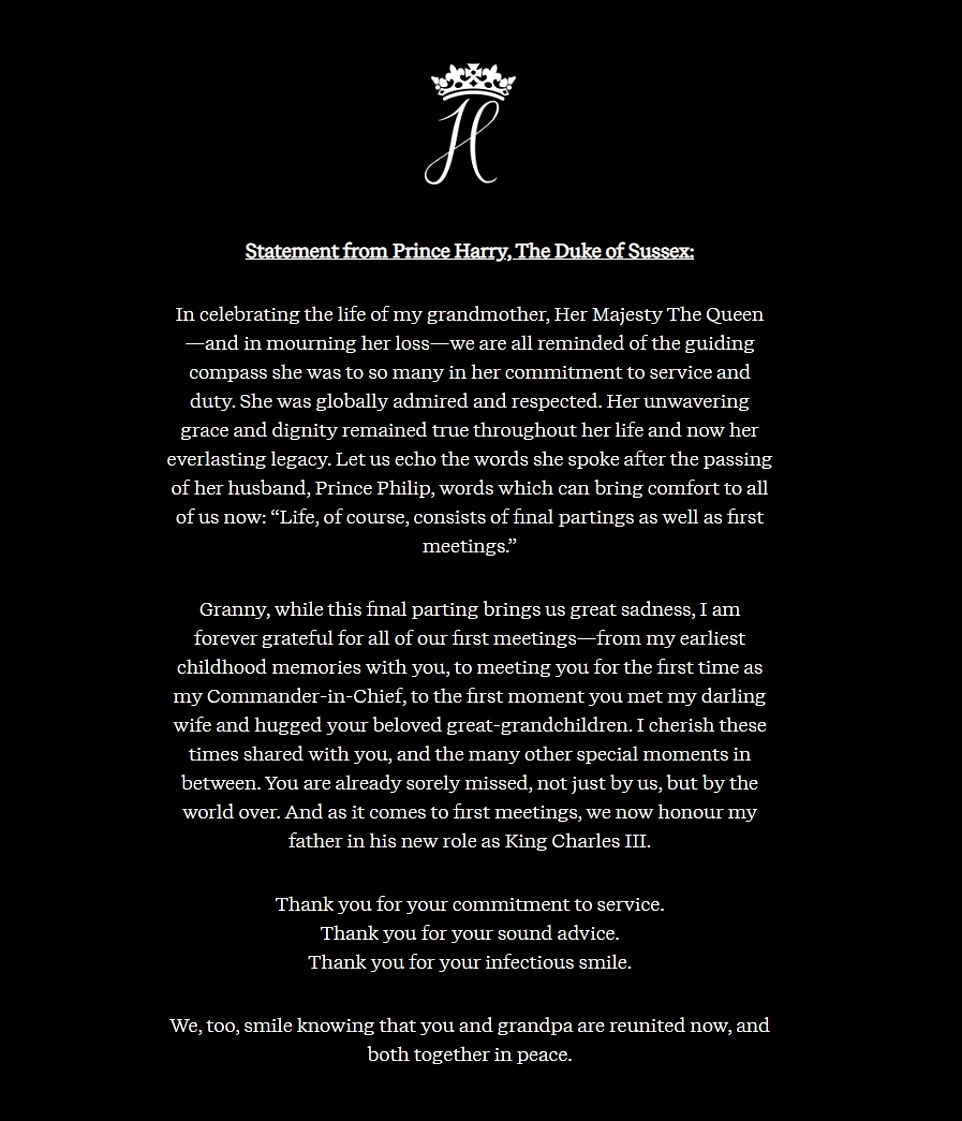 Following Her Majesty’s death last week in Balmoral, aged 96, the 37-year-old Duke of Sussex has released a statement. In it, he praised his grandmother’s “sound advice” and “infectious smile” and called her a “guiding compass” through her dedication to service and duty. Harry also referred to his ‘cute wife’ Meghan Markle; said he was grateful that the Queen had embraced her “beloved great-grandchildren”; and spoke of how he “cherished” the time he spent with the 96-year-old. 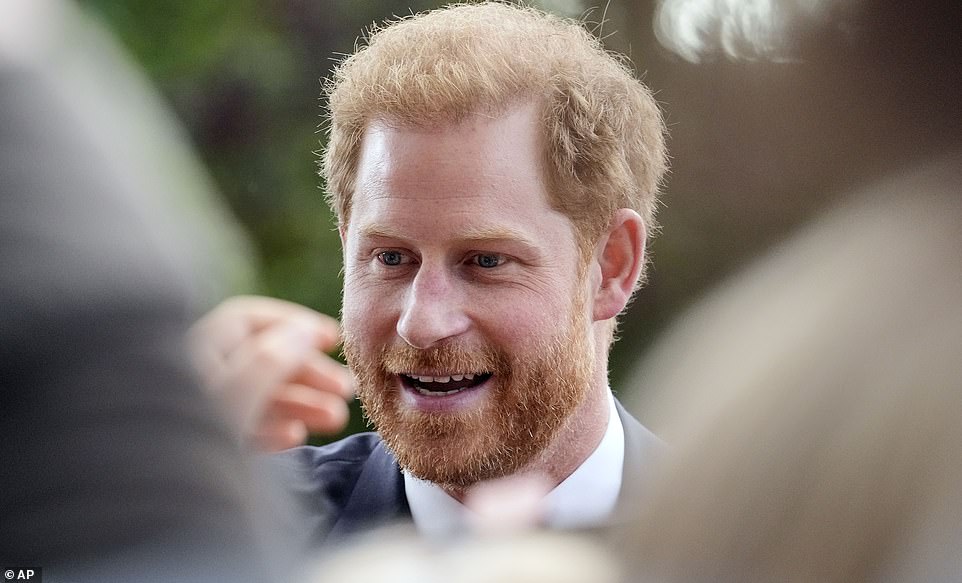 It read: “In celebrating the life of my grandmother, Her Majesty the Queen—and in mourning her loss—we are all reminded of the guiding compass she was to so many in her devotion to service and duty. She was admired and respected worldwide. Her unshakable grace and dignity remained true all her life and now her eternal legacy. Let’s repeat the words she spoke after the death of her husband, Prince Philip, words that can now comfort us all: “Life, of course, consists of both the last divorces and the first encounters.” 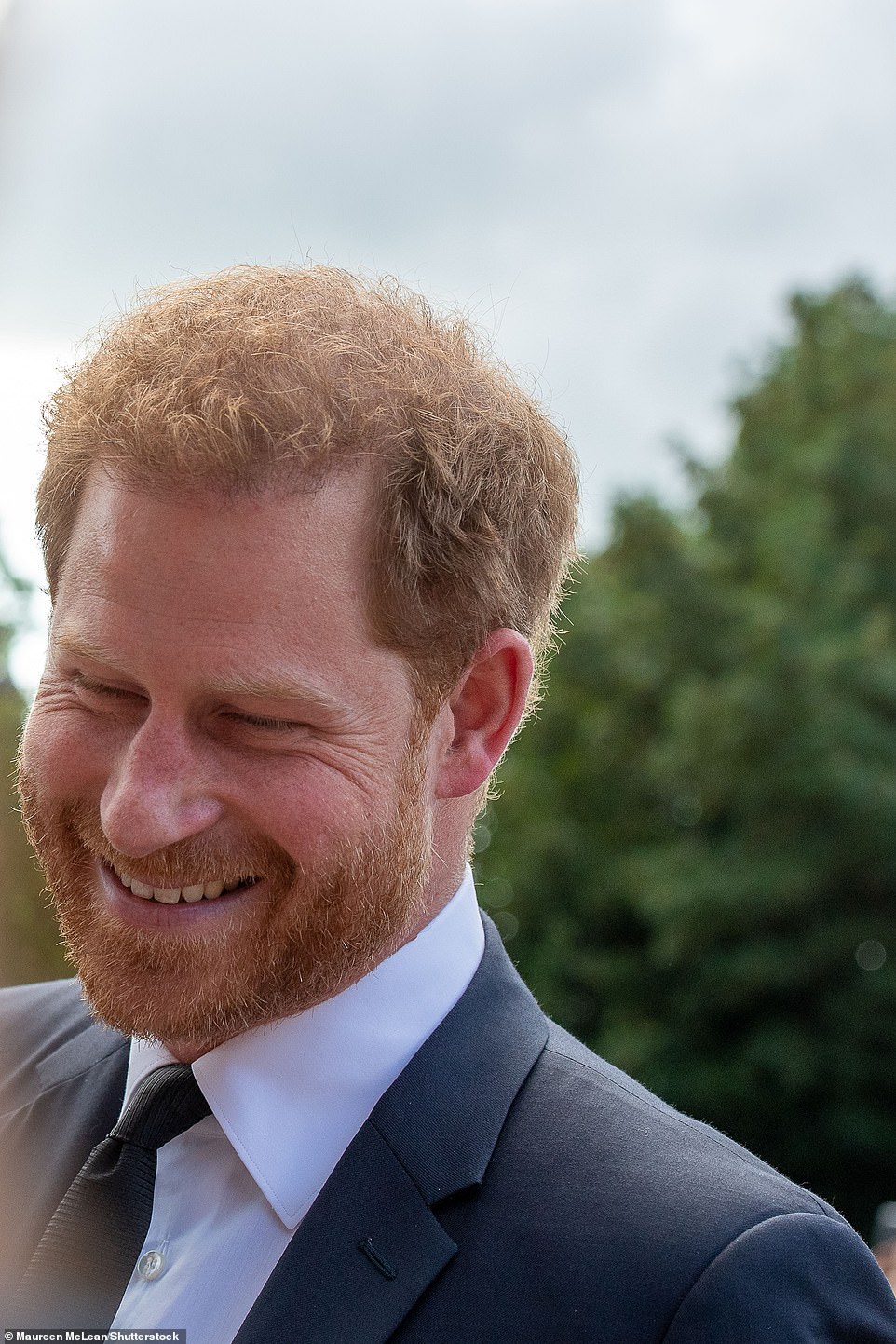 He added: “Grandma, although this last goodbye brings us great sadness, I am forever grateful for all our first encounters – from my earliest childhood memories with you to the first time I met you as my commander in chief, to the first moment that you met my dear wife and embraced your beloved great-grandchildren. I cherish these moments that I have shared with you, and the many other special moments in between. You are already sorely missed, not only by us, but by the whole world. And as for the first encounters, we now honor my father in his new role as King Charles III. Thank you for your commitment to service. Thank you for your sound advice.’ 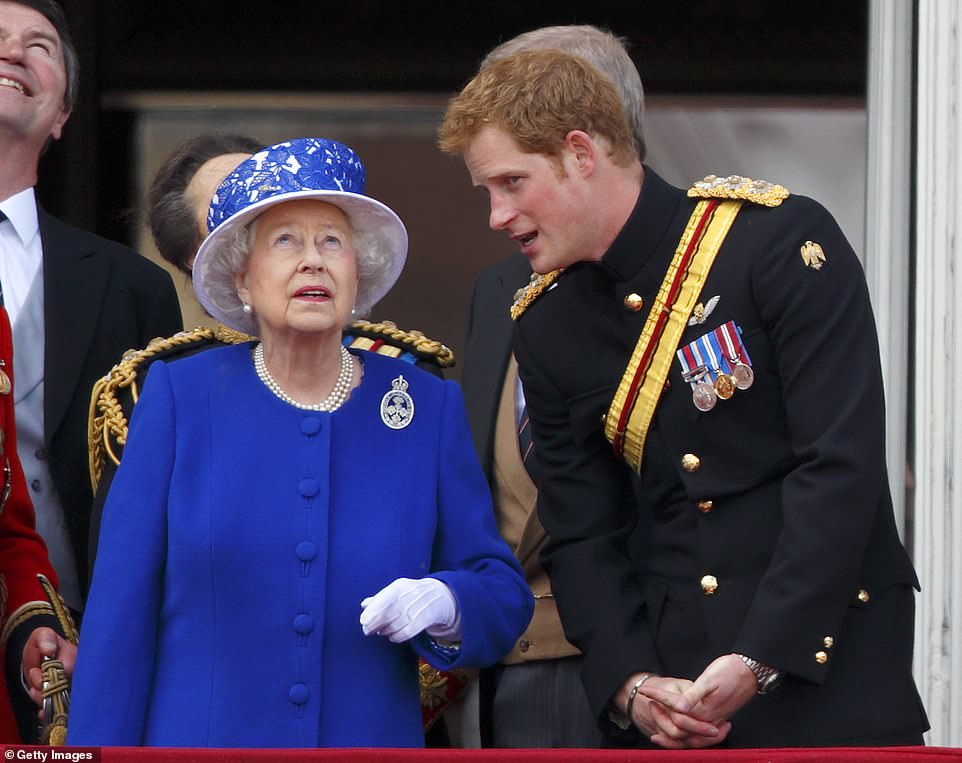 ‘Thank you for your infectious smile. We smile too, knowing that you and Grandpa are now reunited, and both in peace together,’ he concluded. The statement came two days after the Duke and Duchess of Sussex joined the Prince and Princess of Wales for a walk in Windsor, looking at floral tributes left for Her Majesty and speaking to members of the public.

Camilla will pay tribute to The Queen on television