Hillary Clinton spotted in a rare appearance in an abstract caftan 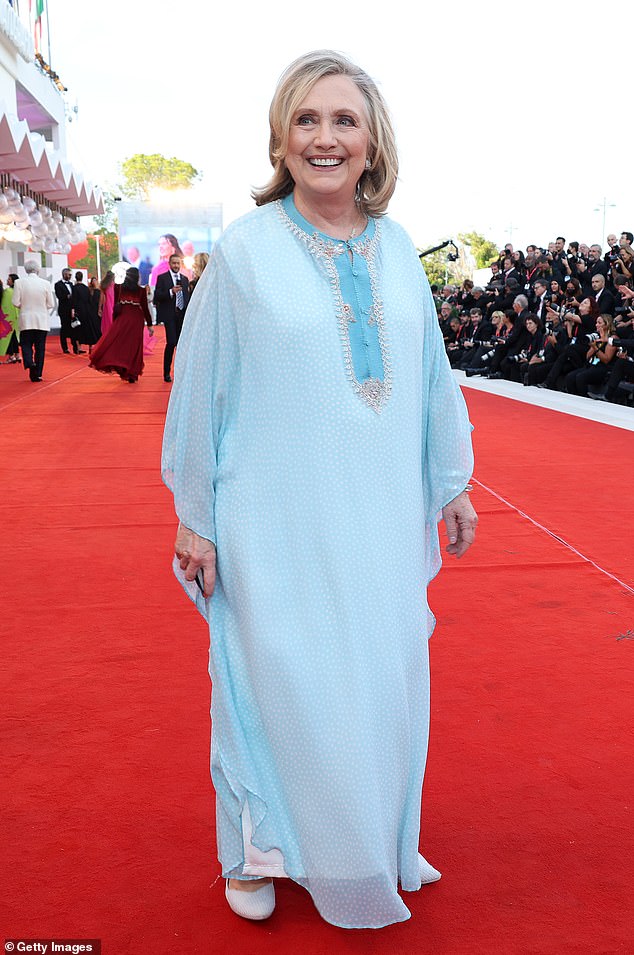 Hillary Clinton swapped her signature trouser suits for her favorite billowy blue caftan when she hit a rare red carpet at the Venice Film Festival on Wednesday.

The former first lady, 74, who is originally from Chicago, recycled the sky-blue caftan — which she’s worn several times in the past — for the glamorous event, proudly showing off the flowing, long-sleeved design as she posed for photos.

Her floor-length ensemble, which she wore in 2017, featured an intricate beaded neckline and a white polka dot pattern across the light blue fabric.

She paired her look with a dainty silver necklace, statement earrings and silver stacked bracelets, and kept it simple when it came to shoes, allowing her to move freely across the carpet with a pair of white flats.

Her comfort shoes came to a point at the toe and had a short heel.

And this isn’t the first time the former first lady has worn the quirky ensemble.

Hillary, 74, swapped her classic pantsuit for a caftan she wore time and time again when she was spotted wearing the statement piece at the Venice Film Festival 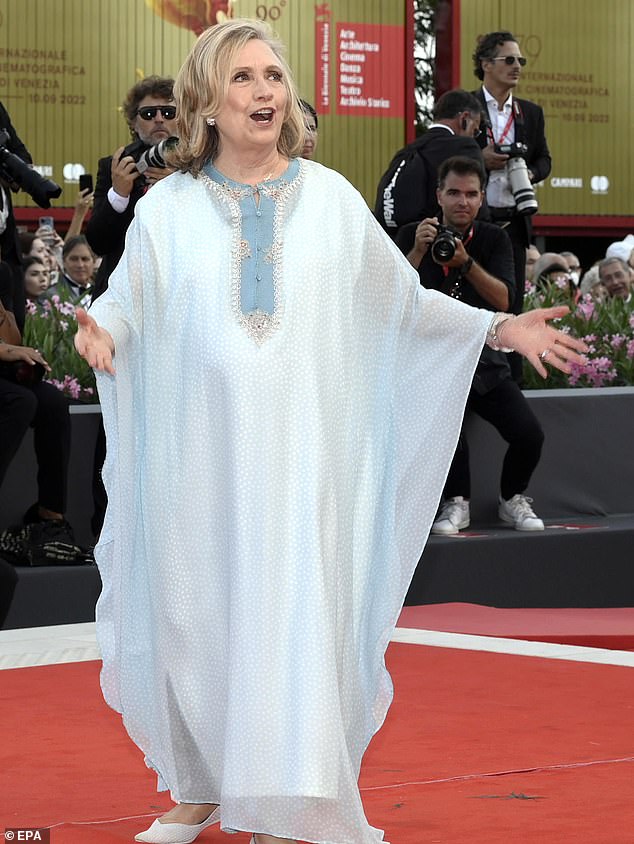 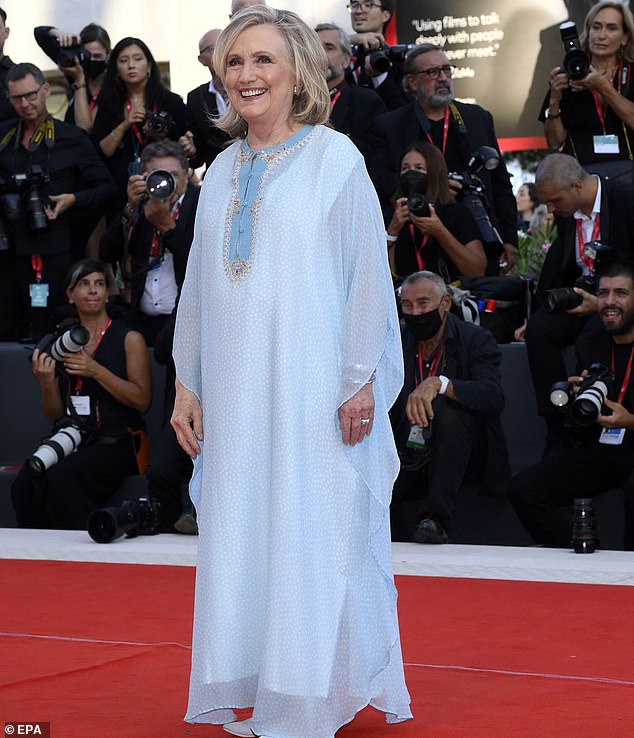 Her polka dot dress lacked shape and created a boxy look along her body, allowing her to move comfortably on the red carpet

Her wispy caftan dates back to 2017 when she wore it to the wedding of Sophie Lasry, daughter of Moroccan-American businessman Marc Lasry, 62, who is a close friend of the Clinton family.

She attended the event with former President Bill Clinton and seemed to love the ensemble so much that she decided to replicate it almost to a tee five years later.

Rather than team the dress with the same silver heels, the former first lady opted for the white flats instead.

She was inspired to wear the kaftan again only a year ago when she Posted the photo of her wearing the dress at the wedding with the caption: ‘It’s kaftan season. #tbt.’

The former US presidential candidate appears to be quite a fan of Moroccan fashion as she has also been seen wearing a red caftan at a reception hosted by the late King Hassan II at the Royal Palace in Marrakech in 1999.

She appears to be connected to Morocco when she founded the Hillary Clinton Center at Al Akhawayn University in Ifrane in 1999 and in an effort to promote women’s rights there.

Her outing at the film festival comes just days after Bill Clinton and sex therapist Dr. Ruth, 94, caused internet buzz as they chatted during Serena Williams’ US Open game.

The former president was present with the doctor, who was an unexpected guest. 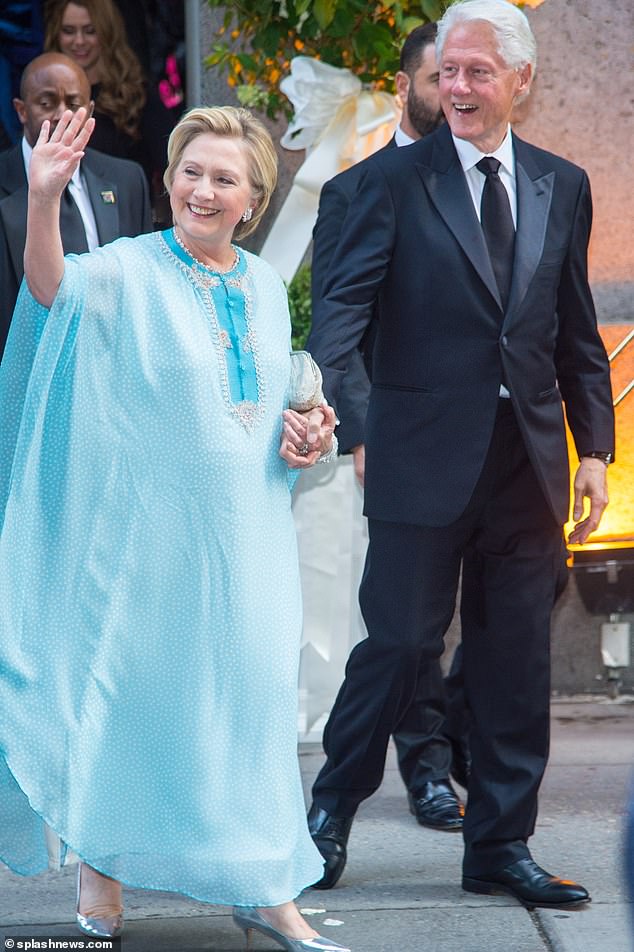 Her wispy caftan dates back to 2017 when she wore it with Sophie Lasry, daughter of Marc Lasry, 62, who is a close friend of the Clinton family. 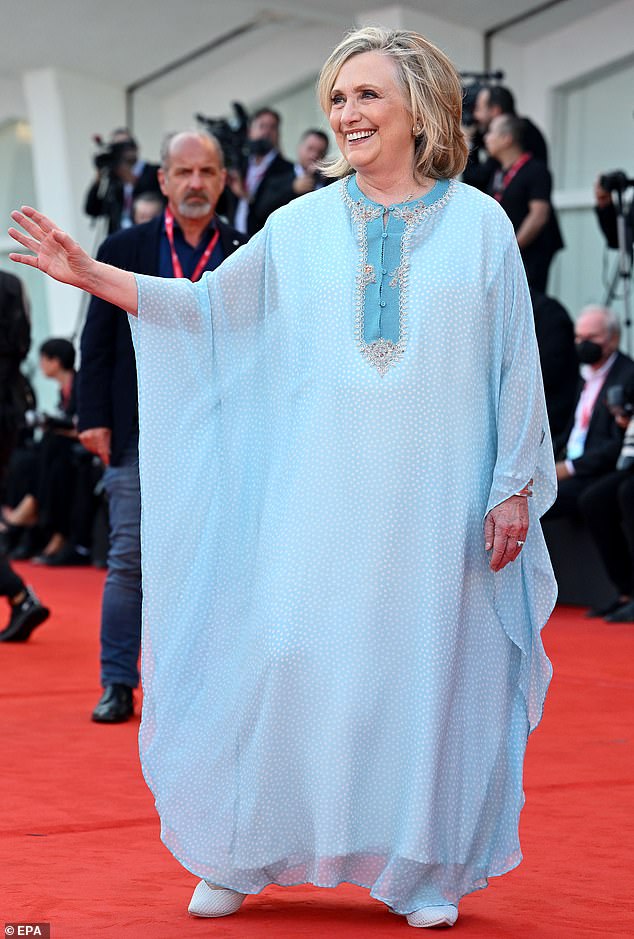 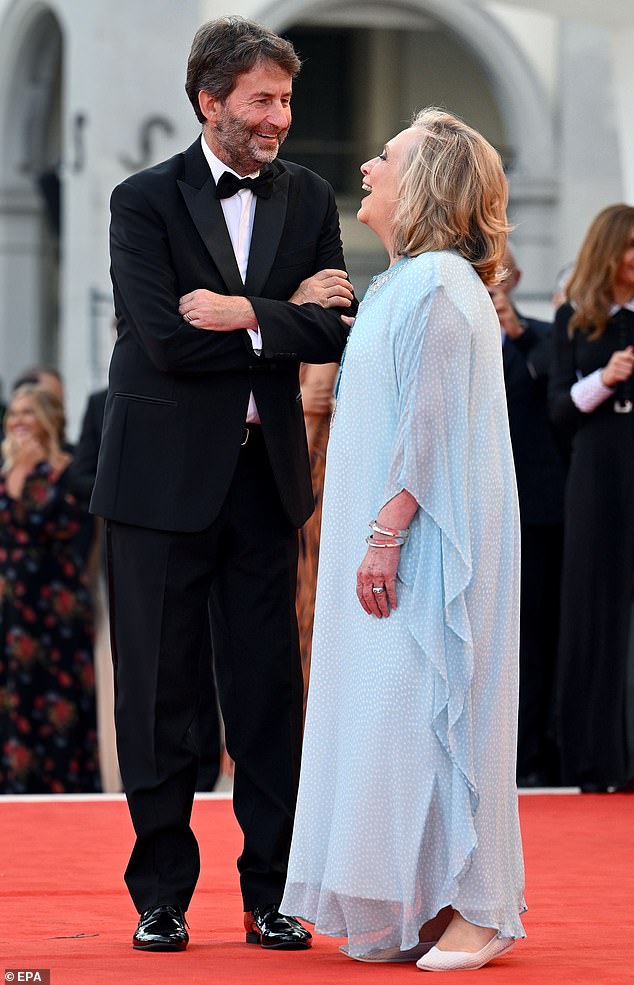 The former first lady appeared to be happily stepping down the red carpet in her flowy caftan and was joined by Italian politician and lawyer Dario Franceschini, 63.

The two tried to make it a memorable event as they whispered, smiled and giggled in each other’s ears the whole time.

During a recent appearance on the Glenn Beck podcastThe conservative comedian admitted that a November 2016 skit featuring Kate McKinnon, 38, as Hillary Clinton after her presidential loss to former President Donald Trump was the moment he thought the show was “over.”

“I hate to shit on my own show,” Schneider told conservative commentator Beck.

“When Hillary Clinton lost, which is understandable why she lost. She’s not exactly the most logical person in the room.

“When Kate McKinnon went out on Saturday Night Live in the cold opening and everything, and she dressed up as Hillary Clinton, and she started playing ‘Hallelujah.’

“I literally prayed, ‘Please make a joke at the end. Do not do this. Please don’t go there.”

Beck talked about how Schneider’s right-wing comments could hurt his career and asked the comedian, “Are you willing to lose everything for what you believe?” 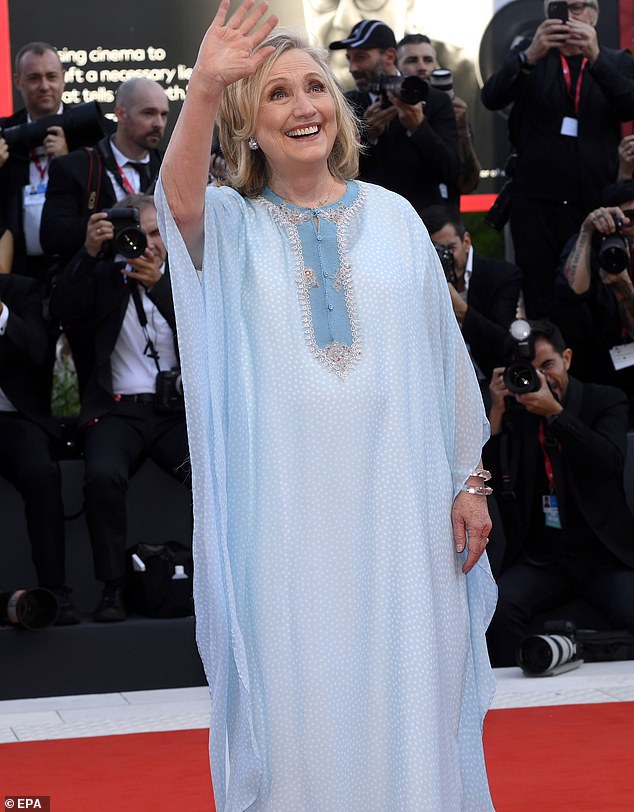 She paired her look with a dainty silver necklace, statement earrings and silver stacked bracelets 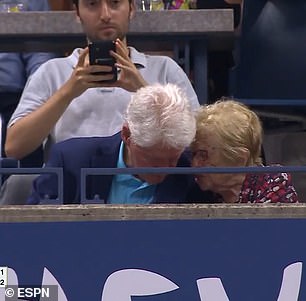 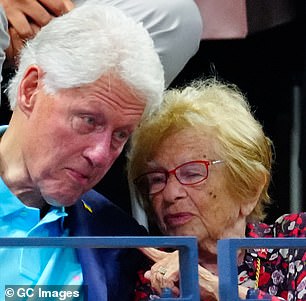 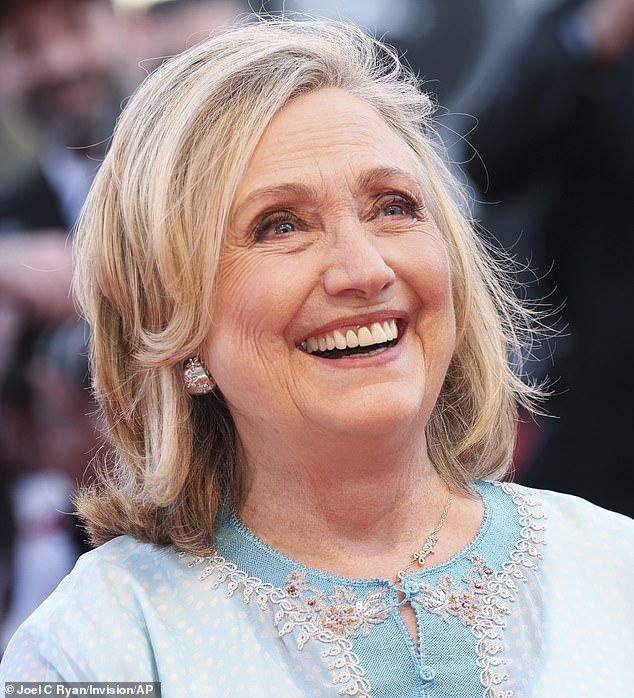 Despite the recent uproar in the news, the former first lady appeared to be joyfully stepping down the red carpet in her flowy caftan

The right-leaning comedian’s comments were met with comments of support from fans whose political views matched, while others made fun of the comedian’s career.

“Nobody cares about their careers.. appearing on @GlennBeck’s show…so… redundant,” comedian Hal Sparks, 52, wrote on Twitter.

Rob Schneider says he doesn’t care if he loses his career is like I say I don’t care if I get fat – it happened a long time ago,” tweeted Farron Cousins, 38, the host of the radio program Ring of Fire.

Despite the recent uproar in the news, the former first lady appeared to be joyfully stepping down the red carpet in her flowy caftan and was joined by Italian politician and lawyer Dario Franceschini, 63, as she attended the world premiere for White Noise.

Written and directed by Noah Baumbach, the film is based on Don DeLillo’s 1985 novel of the same name.

It is Baumbach’s eleventh narrative feature film and the very first not based on its own story.

The film will be released in the United States on November 25, with Netflix streaming on December 30.