Georgia governor candidate Stacey Abrams is a board member of the awake Marguerite Casey Foundation, which has donated millions to radical professors and scholars who teach that capitalism is inherently racist and advocates the abolition of prisons and private property.

For the past two years, the awakened organization has hosted a Freedom Scholars Award ceremony that will give out $250,000 to those “leading research in critical fields, including abolitionist, black, feminist, queer, radical and anti-colonialist studies.”

Although Abrahams received at least $52,500 in income from the foundation last year, her campaign told Fox she doesn’t share the same views as the group, which has donated to professors who are anti-capitalist believe private property is “rooted in whiteness,” thinking that ethnic studies in the US are ‘too white’, and who teach Critical Race Theory and advocate the abolition of prisons. 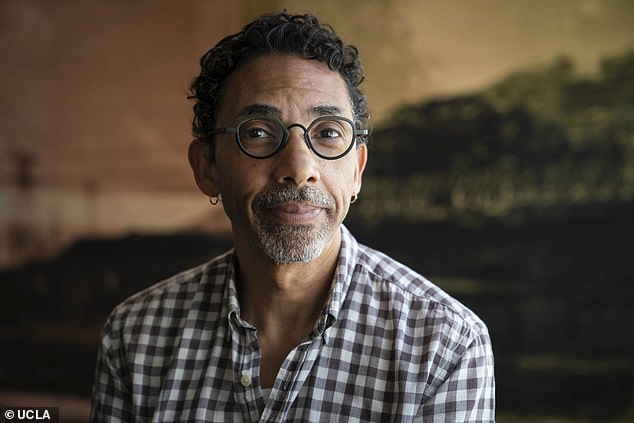 Last year, the group awarded $250,000 to Robin DG Kelly, a professor at the University of California, who claims capitalism is inherently racist and said his childhood dream was to become a communist. 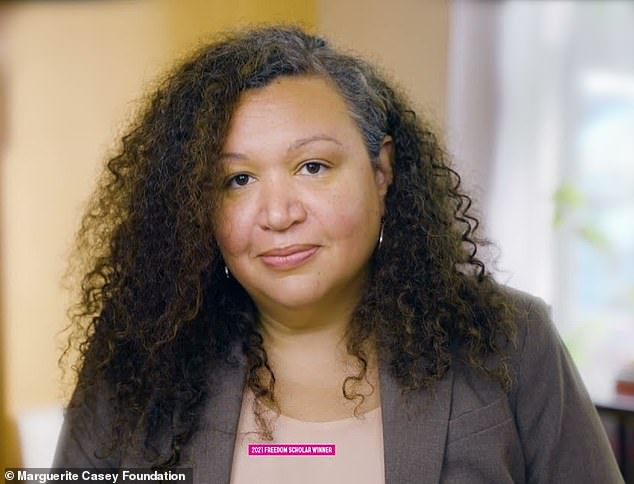 The foundation also awarded $250,000 to Professor Lorgia Garcia Peña of Tufts University (pictured), who believes that ethnic studies in the US are “based on white supremacy” and should be changed and taught in elementary schools.

One of the most controversial scientists to receive funding from the foundation in 2021 is University of California professor Robin DG Kelley, who believes capitalism is inherently racist.

Kelley, who once told… NPR that his childhood goal was to be a ‘communist for life’, claimed that capitalism survives through racism and could never exist in a truly just society.

Kelly told the radio station in February: “Any true liberation must be anti-capitalist. There is no way capitalism can save us.

And even if you could create a capitalism that is somehow non-racial, which of course is impossible – but let’s say you can theoretically do that, we still have a deep exploitation and inequality that makes it caused.’

Peña, a former Latinx professor at Harvard who was fired in 2019 after members of the Ivy League school claimed her work was more activism than science education, now teaches at Tufts’ Department of Studies in Race, Colonialism and Diaspora.

In 2020, Peña told the Boston review that ethnic studies should be taught in primary schools and move away from ‘Eurocentric education systems’.

“What we now teach in every school — what we consider to be the standard curriculum for humanities and social sciences — is actually based on white supremacy but masked as objectivity,” she told the Review. 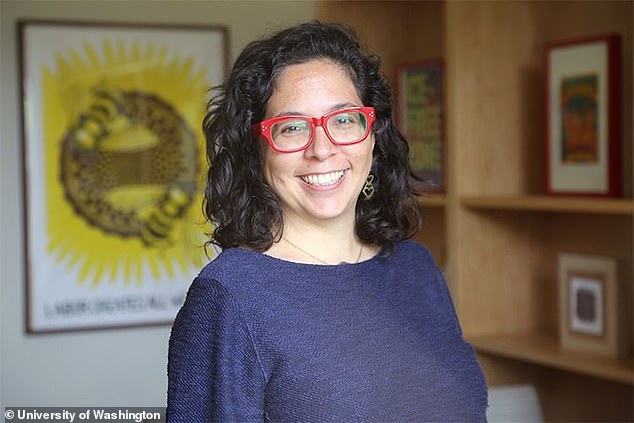 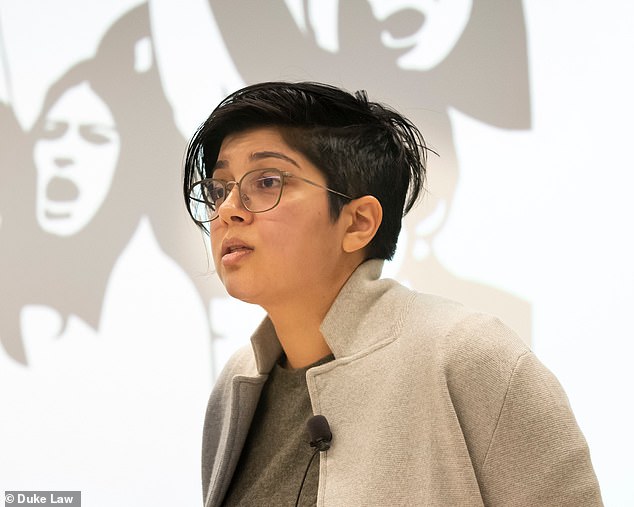 Ohio State University law professor Amna Akbar was another recipient of the $250,000 award. She believes that modern legal scholars should learn from radical social movements

Professor Angelica Chazaro of the University of Washington School of Law also received $250,000 from the Marguerite Casey Foundation last year.

Chazaro teaches CRT, poverty law and immigration law at the university and advocates the abolition of prison and is a co-founder of La Resistencia, a Washington-based organization working to end the detention of immigrants.

She had served as chief negotiator during the 56-day hunger strike at the Norwest Detention Center in 2014, where more than 700 immigrant detainees refused to eat in protest at their prison conditions.

Chazaro has advocated the end of private prisons and detention centers as part of the nationwide prison reform movement, which has gained momentum in recent years but has recently come under criticism as liberal cities embracing the changes continue to face rising pressures. crime rates.

Ohio State University law professor Amna Akbar was another recipient of the $250,000 award.

Akbar is a proponent of “law of movement,” which she described in the Stanford Law Review as an “approach to legal science based on solidarity, responsibility, and involvement in organizing and grassroots left-wing social movements.”

By studying not only the critiques of radical social movements, but also their visions of transformative change, the fringes of jurisprudence can be broadened, a deeper set of critiques and a longer set of histories – of colonialism and settler colonialism, the Atlantic slave trade and mass incarceration – centered, and put forward a bolder transformation project,” Akbar wrote. 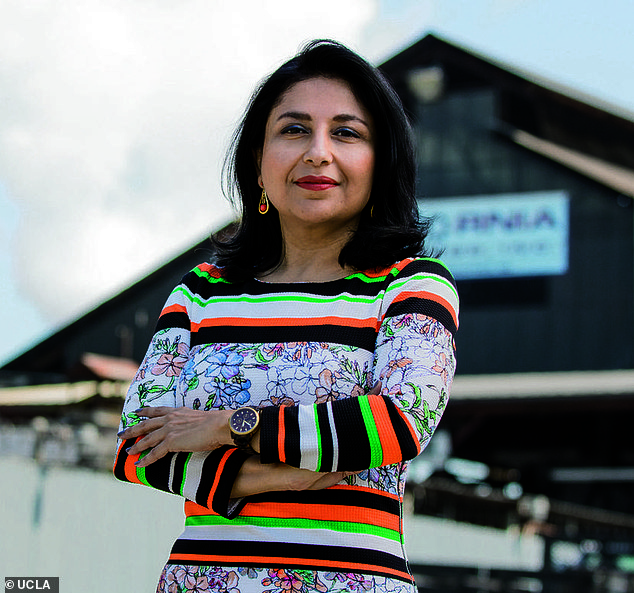 In 2020, the foundation awarded $250,000 to Ananya Roy, an Urban Studies professor at UCLA who argued that private property is “rooted in whiteness” and should be abolished. 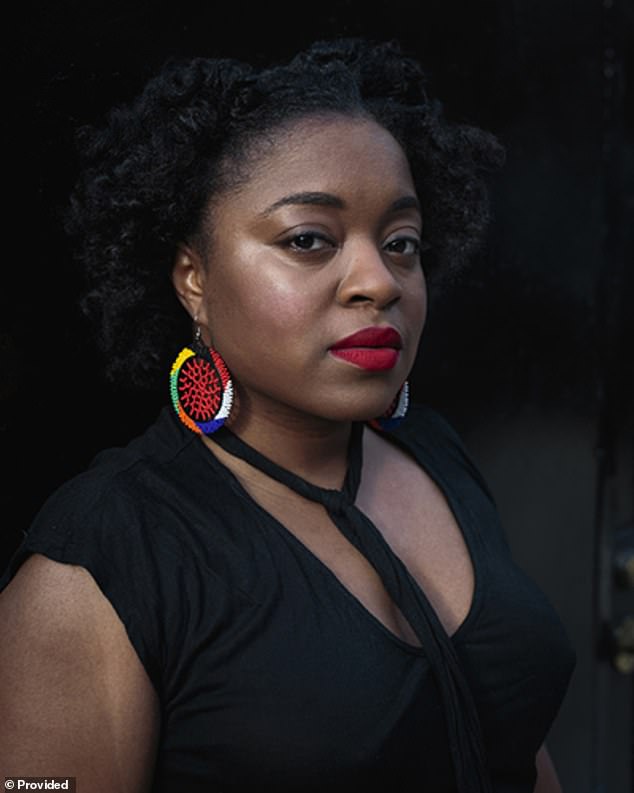 Charlene Carruthers (above), a black, queer feminist activist who supports Critical Race Theory and founded the Black Youth Project, which she described as a “political house for anti-capitalists, radical black feminists and abolitionist,” also received the award in 2020

In 2020, the Marguerite Casey Foundation also awarded $250,000 to Ananya Roy, a professor of Urban Studies at UCLA who argued that private property is “rooted in whiteness” and should be abolished.

In a 2021 essay in Society and spaceRoy argued that private property laws have been enacted in the US to secure the wealth of white, land-owning men and claims that the concept continues to undermine black women.

Roy also called for the dismantling of the university’s police forces and urged colleges to end contracts with outside police and security services following the murder of George Floyd in 2020.

Also awarded in 2020 was Charlene Carruthers, a black queer feminist activist who supports Critical Race Theory and founded the Black Youth Project, which she described as a “political house for anti-capitalists, radical black feminists, abolitionists, artists, educators and many others.” others. more types of freedom fighters.’

She was recognized as one of the 10 Most Influential African Americans by The Root 100 and as one of Ebony Magazine’s “Woke 100.”