How Britons pay their respects to the Queen, from moments of silence to knitted letterboxes 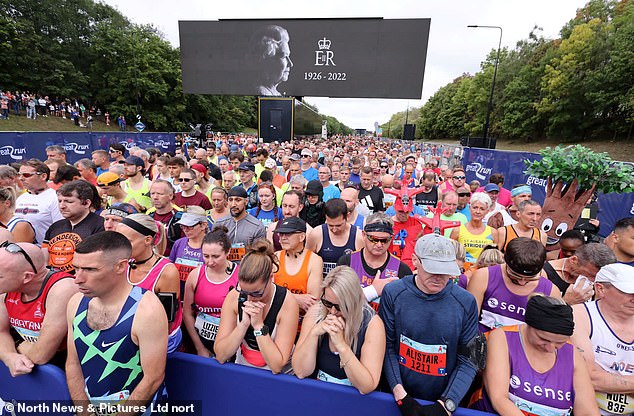 A nation recalls: crowds of solemn mourners, moments of silence and knitted letterboxes…how Britons pay their respects to the Queen

By Chris Brooke for Daily Mail

Colorful tributes to the Queen have appeared on beaches, in the air and on shopping streets.

Across the country, in fields, villages and city centers, Britons have found creative ways to express their love and respect for Elizabeth II.

Wherever there was a big event yesterday, everyone took a moment to commemorate the beloved monarch.

Some 60,000 runners stood silently at the start of the Great North Run in Newcastle, the world’s largest half marathon.

Some 60,000 runners stood silently at the start of the Great North Run in Newcastle, the world’s largest half marathon on Sunday 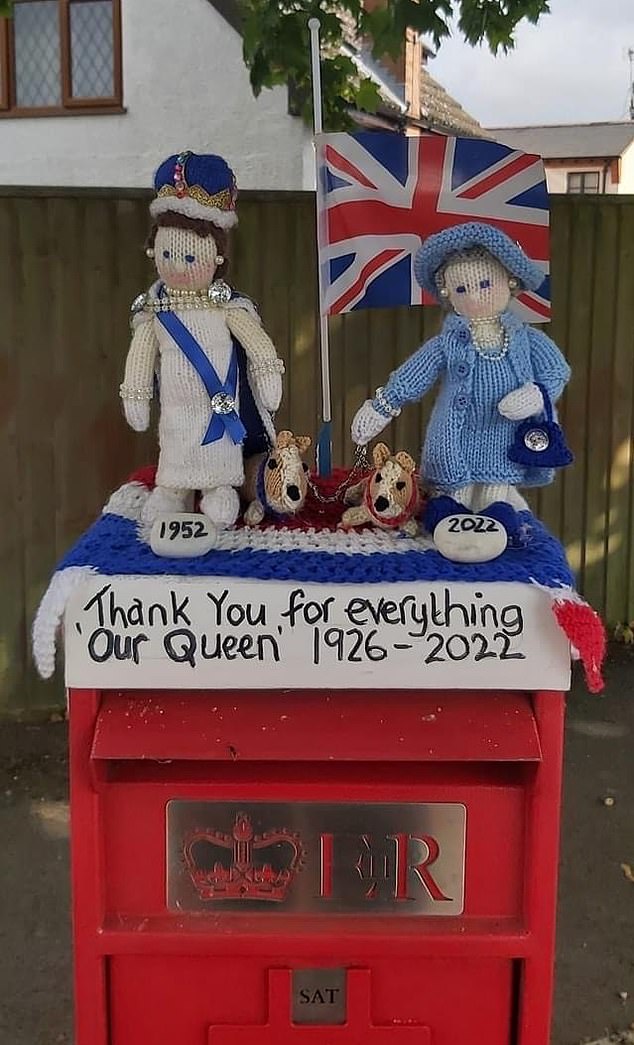 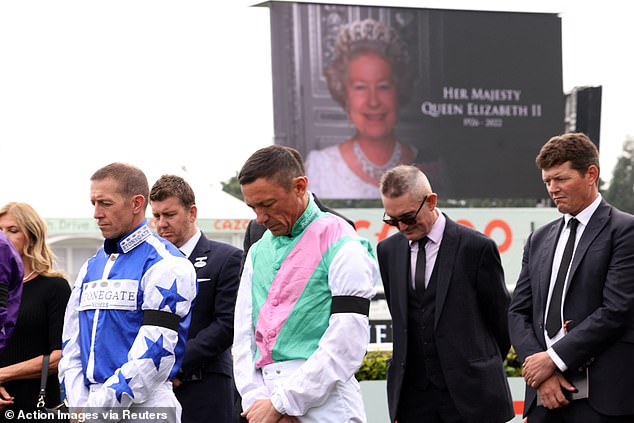 The Queen was a lifelong fan of the ‘sport of kings’ and was also a successful proprietress.

And it was a particularly emotional moment for leading figures in racing, such as jockey Frankie Dettori, who knew her well.

At the Duxford Battle of Britain Airshow, Spitfires and Hurricanes took part in a spectacular flypast in honor of the Queen. Several ingenious tributes have surfaced elsewhere in the country.

Retired GP Claire Eason, 57, has released poignant drone footage of the tide washing away a 65ft image of the Queen on a sand-etched postage stamp.

She had stamped the stamp on Bamburgh beach in Northumberland for the platinum anniversary in May. She said, “While I was filming with the drone, the tide came in and I captured it by touching the image…I held it because I knew that at some point we would say goodbye.” 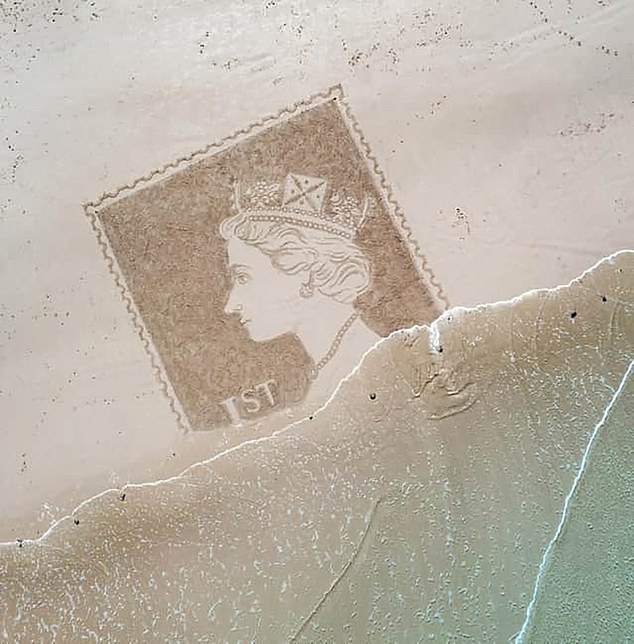 Equally stunning was the portrait of the Queen and the royal monogram carved into a watermelon by a man from Thailand and left in front of Buckingham Palace “on behalf of Thai people living in the UK.”

Huge images of the Queen have been placed or projected next to touching messages in shop windows in Britain’s high streets.

And talented artisans got their say by decorating letter boxes with a colorful variety of knitted royal figures and memorabilia.

LAWRENCE BOOTH: Cricket Paying Perfect Tribute And Showing Football How They Could Have Done It