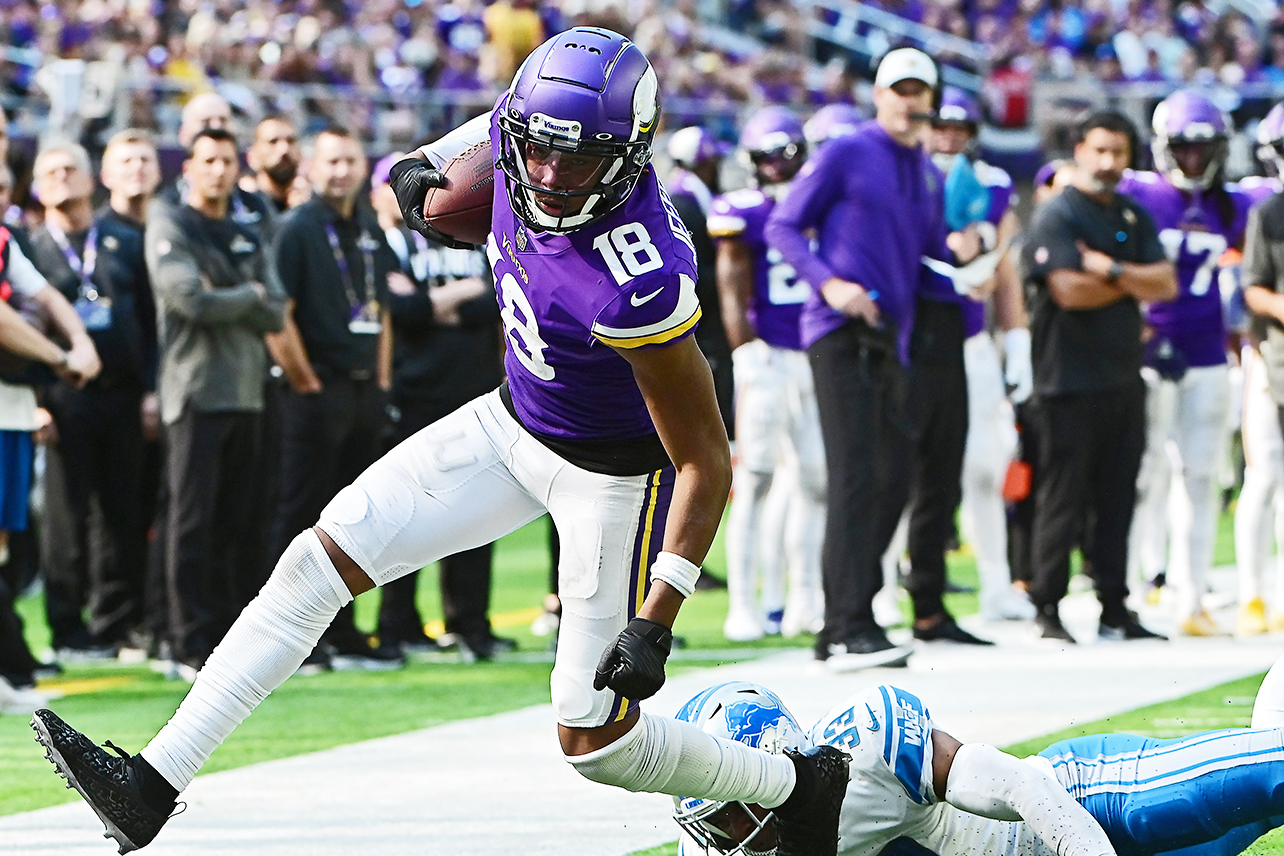 Live from the Tottenham Hotspur Stadium in London, the Minnesota Vikings and New Orleans Saints clash on NFL Network.

Both the Saints and Vikings have been wildly inconsistent for the first three weeks of the season. New Orleans defeated the Atlanta Falcons in a Week 1 nail-biter before losing their next two games to the Tampa Bay Buccaneers and Carolina Panthers. Minnesota looked exceptional in their Kickoff Weekend win against the Green Bay Packers, absolutely terrible in their Monday night football loss to the Philadelphia Eagles, and mediocre in their Week 3 comeback win over the Detroit Lions.

Which team will leave London with the win? Time will tell. Here’s how to watch this week’s NFL London game live online.

WHAT TIME IS THE GAME VIKINGS VS SAINTS LONDON?

If your cable provider offers NFL Networkyou can watch the Vikings/Saints match live on the NFL Network website or app (additional streaming options below).

HOW TO WATCH VIKINGS VS SAINTS LIVE WITHOUT CABLE:

You can watch this week’s match in London with an active subscription to fubo TV, Sling TV (Blue), Hulu + Live TV, YouTube TV, or DIRECTV STREAM. All of the above services provide NFL Network. Both FuboTV and YouTube TV offer: free trials for eligible subscribers.

The game will also be streamed on NFL+. Available for $4.99/month or $29.99/yearin the United States, NFL+ offers live local and primetime regular season and postseason games for you to watch on your phone or tablet. You can also stream live NFL network content over a cellular connection on NFL+.

In addition, the streaming service offers a premium tier ($9.99/month or $79.99/year) and a seven-day free trial for eligible subscribers.

Black Wednesday did for Major. Will KamiKwasi budget be the end of Liz Truss asks ANDREW NEIL