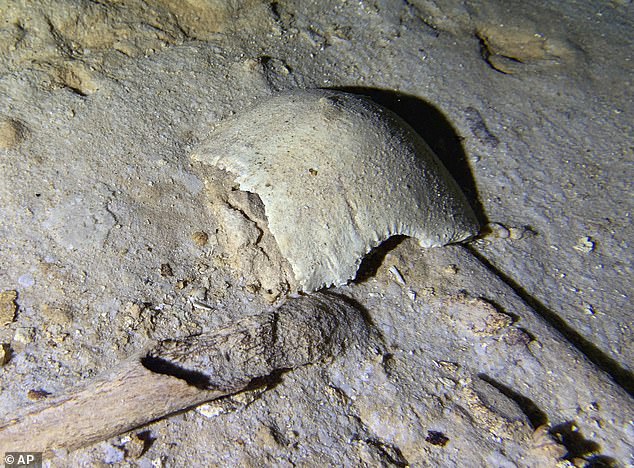 By Christopher Carbone for Dailymail.Com and Associated Press

A prehistoric human skeleton dating back to the end of the last ice age has been unearthed in a cave system in Mexico.

Because of its distance from the cave’s entrance, the skeleton couldn’t have landed where it was found without modern scuba gear, so the researchers think it dates back to a time of 8,000 years ago when rising sea levels flooded the caves.

“We don’t know if the body was deposited there or if this person died there,” archaeologist Octavio Del Rio said.

The remains, which were covered in sediment about 26 feet underwater, were found by Del Rio and his colleagues off the country’s Caribbean coast. Del Rio has worked on projects with the National Institute of Anthropology and History in the past. 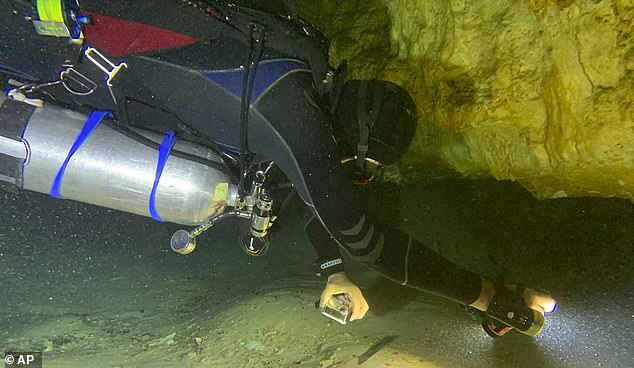 ‘There it is. We don’t know if the body was deposited there or if this person died there,” said archaeologist Octavio Del Rio (above), who has been exploring the area for years.

In an interview with Reforma newspaper, Del Rio said: ‘We don’t know the gender or size yet’ [of the person], how much he or she weighed, whether the person had an illness. We don’t know how he or she died.’

A lab analysis would determine these details after the remains are removed from the cave.

He did not reveal the cave’s location for fear the site would be disturbed or looted, but he said it was near where the Mexican government had cut down a swath of the jungle to lay tracks and left a message on his personal to post a Facebook account. said it was near Tulum.

Experts believe that some of these caves are under threat from the country’s development projects, such as the Maya Train railway.

Del Río, who has explored the region for three decades, said that “the train will pass through an area of ​​60 kilometers that is a unique archaeological site” if construction of Tramo 5 Sur proceeds as planned.

“What we want is for them to change routes in this place because of the archaeological finds that have been made there and their importance,” he told the Associated Press.

“They should take the train from there and put it where they said they were going to build before, on the highway… an area that’s already been hit.”

However, Del Rio also said institute archaeologist Carmen Rojas told him the site has been registered and will be surveyed by the Holocene Archeology Project, the state branch of the institute, Quintana Roo.

“Much more research needs to be done to properly interpret the discovery,” Del Rio said, noting that “dating, some sort of photographic study and collection” would be needed.

In 2002, he took part in the discovery and cataloging of remains known as The Woman of Naharon, who died around the same time, or perhaps earlier, than Naia – the nearly complete skeleton of a young woman who died about 13,000 years ago. .

The institute has not immediately responded to inquiries from the Associated Press about whether it plans to explore the site. 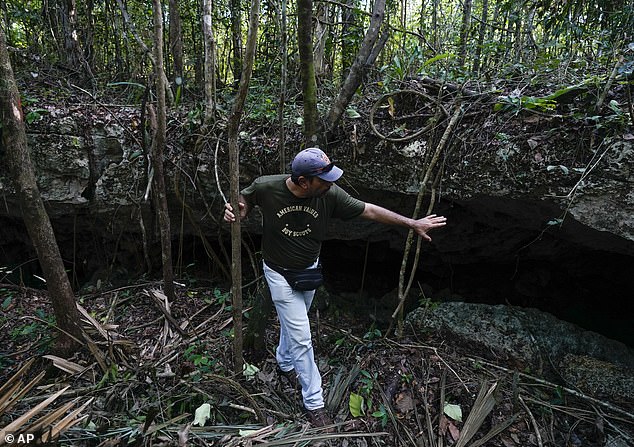 Del Rio, a diver and archaeologist, walks outside the beginning of the Guardianes Cave, a flooded cavern that stretches for miles below the path of the planned Mayan train in Playa del Carmen, in the state of Quintana Roo, Mexico 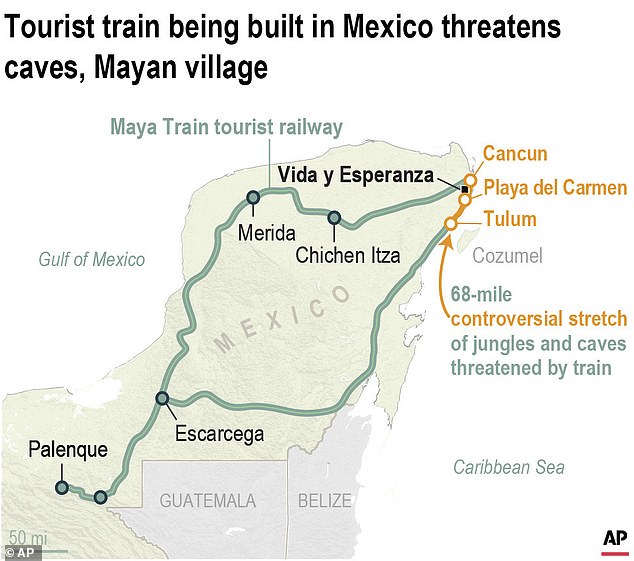 Soho House’s interior line Soho Home has a sale with up to 50% off furniture, lighting and glasses