Father of two, 42, sustains horror head injury after tree branch fell on him while resting under tree

A man has suffered a nasty head injury after a large branch fell on his head while resting under a tree.

Grant Dowding, 42, had just finished a shift when he decided to pay at a park bench in Perth last week.

While he was relaxing, a branch fell on his head, covering him with blood.

The IGA employee said he was “stunned” by the breakdown and said he thought he froze after the incident.

“My field of vision was just a tree,” Mr. Dowding said 7News.

Mr. Dowding eventually went to a doctor himself and said he was lucky despite the long deep wound on his head.

†[I was] bad luck to choose this bank, luck to survive,” he told the Western Australian.

“To be honest, I’ve had harder blows to the head,” Dowding said. 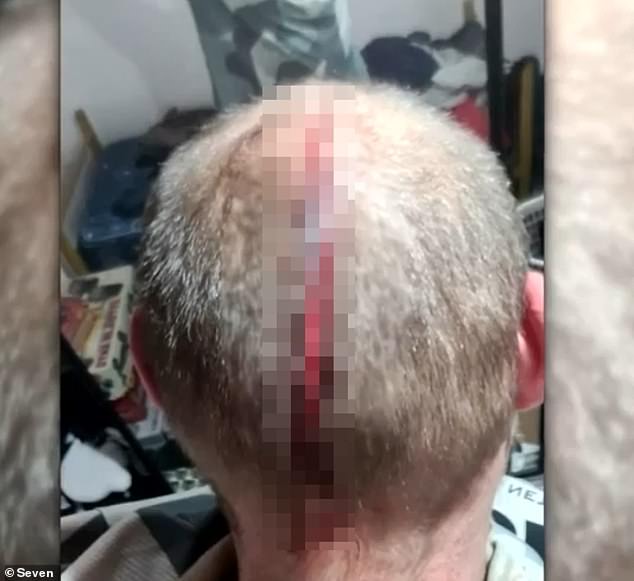 The object pressed Mr. Dowding on the head (pictured) where he needed ten staples to join the skin together

The father of two will seek damages from the local government in the area, the City of Vincent, for the damage done to his $5,000 ebike at the time.

It is not the first time that a tree has caused such a devastating blow.

Last year, a teenager from Wollongong was impaled in the chest by a tree branch after falling from a height while helping his mother in the garden.

He was rushed to hospital where medical workers assisted in removing the branch.