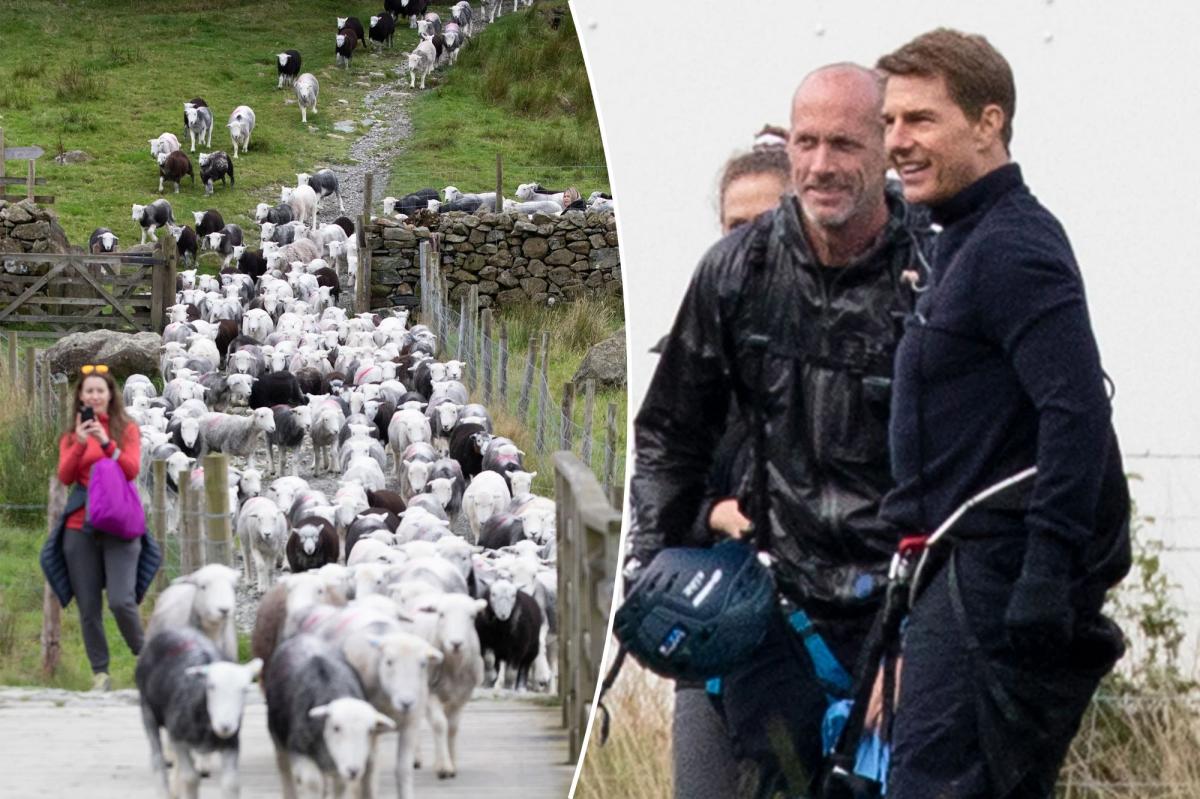 Tom Cruise was faced with an unexpected dilemma on the set of ‘Mission: Impossible 8’.

The actor and his crew had to put the production on hold after an unlikely confrontation with a flock of sheep in England’s Lake District.

The animals were seen heading towards the filming area and started chewing on the grass on Wednesday near a tent set up for filming.

The 60-year-old Hollywood star couldn’t help but laugh at the robbery and was even seen stepping aside so the animals could pass, Fox news reports.

The actor, who plays crime-solving hero Ethan Hunt in the film franchise, has been filming scenes for the film since July.

Cruise, who is known for performing his own stunts, was recently seen jumping off a mountain and paragliding while filming.

The seventh film in the franchise is scheduled for July 2023. A release date for the eighth film has not yet been announced.

It seems England had several surprises in store for Cruise.

A group of local hikers in the Lake District got more than they bargained for on Tuesday after accidentally bumping into the actor in the countryside.

The actor happily posed for snaps with a few passers-by, thanked them and returned to filming.

“He was nice and polite and very humble. Tom Cruise apologized for the noise from the helicopters and asked if we were okay,” Adam Wheeler said. the northern echo.

“He made sure that anyone who wanted to got their pictures with him. We were the last to get his picture and then he just paraglide off the mountain back to his camp next to Buttermere.

“It was a real pleasure to meet one of the most famous Hollywood celebrity actors – also one of the richest. It was not what we expected while walking the hills,” Wheeler added.

British tourist, 55, slips and falls to death from cliff in front of partner in Balearic Islands