The state-of-the-art, privately owned accommodation and medical complex near Toowomba has just 14 guests after Queensland dropped its isolation rules for international arrivals on April 28.

The facility is currently being used for Queensland residents who test positive for Covid but do not have a suitable place to isolate, such as homeless people or victims of domestic violence.

Others who have stayed at the facility after travel rules were scrapped include flood victims and refugees.

“Without (Queensland Regional Accommodation Centre) some of the most at-risk individuals in the community would not have a safe place to stay while dealing with COVID-19,” a spokeswoman for Deputy Prime Minister Steven Miles told The Australian. 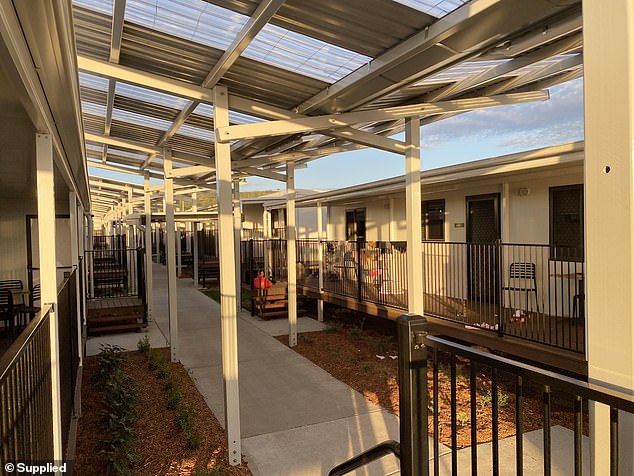 A family took photos supplied to Daily Mail Australia showing that the 1,000-bed quarantine project is in fact a ghost town 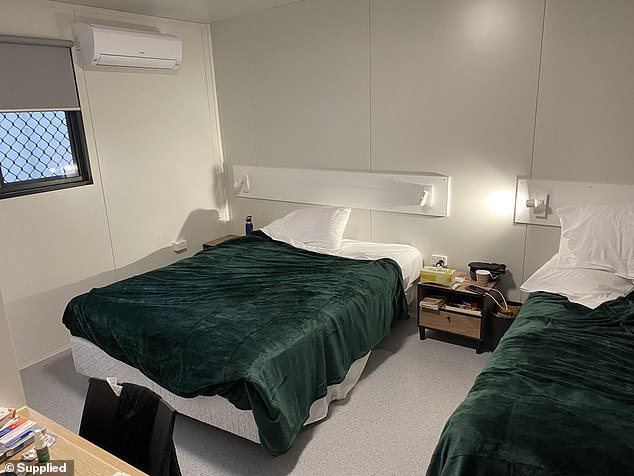 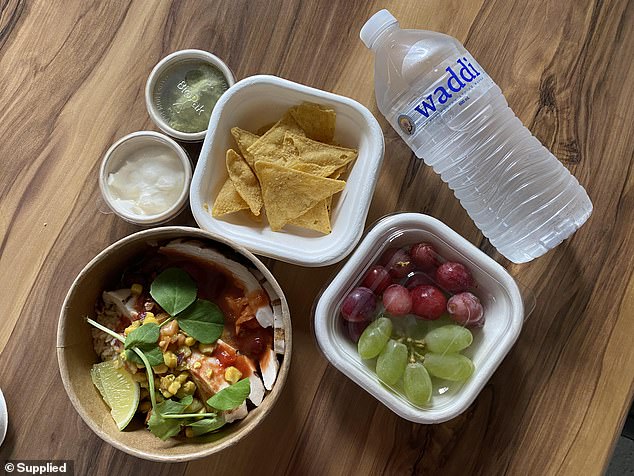 The family shared images of the empty alleys between the hundreds of disused bungalows along with a review of their neat and healthy airplane-style meal kits.

One meal consisted of a herb omelette with a side of watercress and half a tomato, with a white bread roll and an unsweetened Greek yogurt.

Another showed whole baby carrots with mash, broccoli and roast pork, with gravy and more cress, plus tasty-looking chocolate and strawberry tarts. 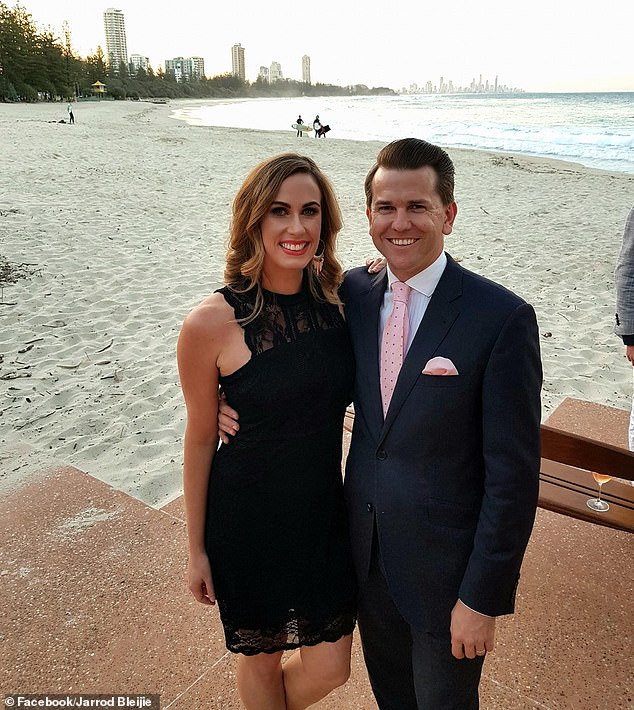 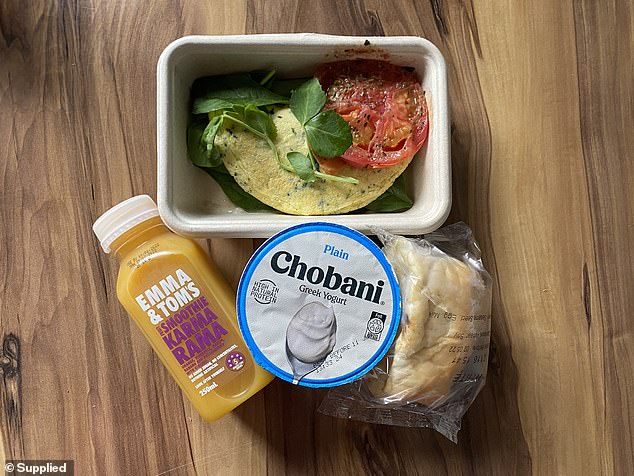 A healthy quarantine meal consisted of an herbal omelette topped with watercress and half a tomato, with a white bread roll and unsweetened Greek yogurt 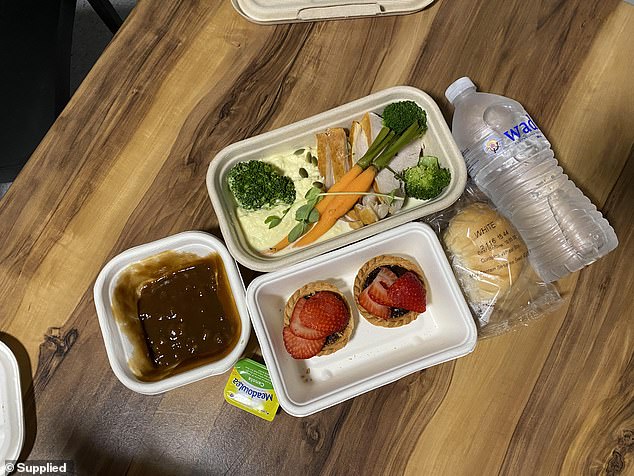 Another showed whole baby carrots with mash, broccoli and roast pork, with gravy and more cress, plus tasty chocolate and strawberry tarts

There was also a Mexican salad with a dozen tortilla chips and dips and a dozen grapes.

“Food and services better than expected,” the family said of their food.

The massive facility, west of Brisbane, has averaged 41 guests a week since it opened in February.

That number dropped to 23 when the state relaxed rules for foreign visitors. 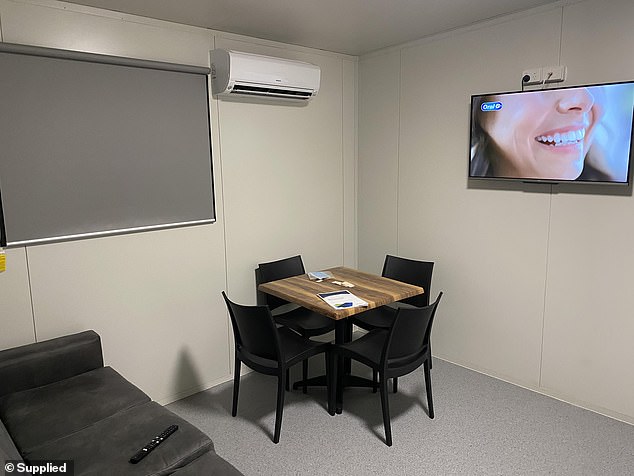 Located near Toowoomba west of Brisbane, the massive facility has had an average of 41 guests per week since opening in February. 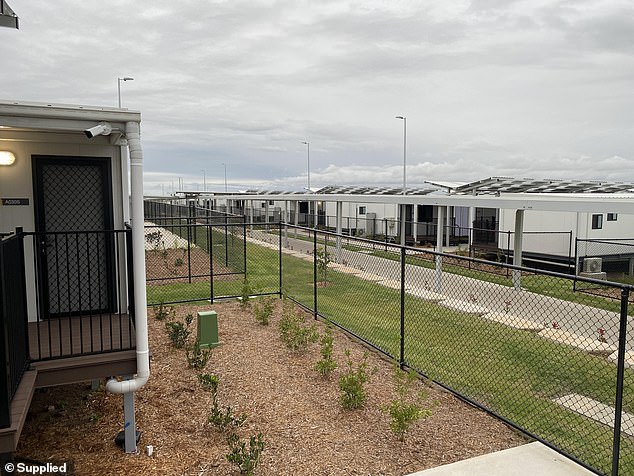 Palaszczuk government won’t reveal how much was spent on private project, but Queensland opposition claimed it was $200 million

Palaszczuk’s government would not reveal how much was spent on the private project.

But deputy opposition leader Jarrod Bleijie claimed the virtually abandoned facility would cost $200 million in the first year of the operation.

“The state government has lost the plot if it thinks it is acceptable to spend more than $200 million on a seven-person facility,” Mr Bleijie said.

The government has since added seven more guests.

†[It] is so bare, some bedrooms have never been unlocked or sheets washed,” Mr Bleijie said.

The state government has contracted until February with the private owner of the facility, Wagner Corporation, which owns the nearest airport.

Construction reportedly cost $48.8 million and $40 million was spent on the services of a medical company, documents obtained by the Australian revealed.

Miles said the facility is still being used for “at risk” people, such as the homeless or victims of domestic violence, who test positive for Covid.

“The QRC’s primary purpose remains an isolation facility for COVID-positive but otherwise well-off individuals without suitable alternative accommodation,” its spokesperson said in a statement to the Daily Mail Australia.

“We plan to keep an unforeseen amount of beds in case we have another COVID outbreak.”

The spokesman added that the Queensland Government is “exploring the potential for alternative uses for the facility”, but that decisions are “subject to commercial negotiations”.

Mr Bleijie wrote to State Auditor General Brendan Worrall asking them to review the secret Wellcamp deal to investigate the use of taxpayers’ money.

A spokeswoman for Worrall said the court is still looking for information from government agencies.

The court said it would consider further action once the information has been reviewed. 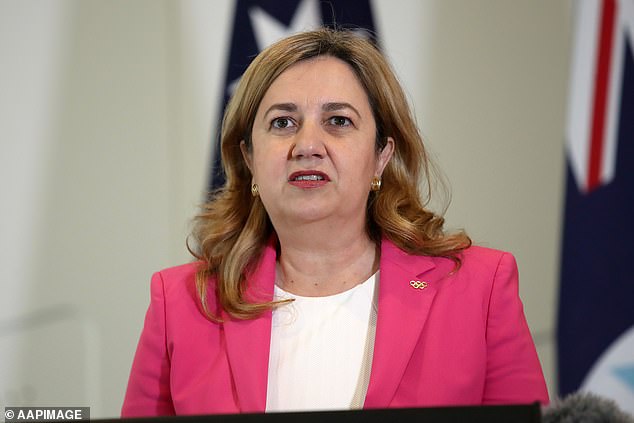 Annastacia Palaszczuk announced that the state would build the facility itself after Morrison’s government blocked applications for federal funding in an eight-month standoff.

“This includes identifying the various costs, understanding the procurement process and reviewing leases and other agreements, including the use of confidentiality clauses,” said a spokeswoman for Mr Worrall.

“We will consider further actions once we have obtained and reviewed this information.”

Queensland’s state premier Annastacia Palaszczuk announced that the state would build the facility itself after the Morrison government blocked applications for federal funding in an eight-month standoff.

“Scott Morrison has failed and we now have a dedicated quarantine facility for anything that could happen in the future,” she said.

“After numerous leaks from the national hotel quarantine system, it is clear that there is an urgent need for alternative facilities in Australia,” Miles said last year, justifying the project.

“The lease expires early next year and the government has already flushed millions of dollars down the drain for a facility that the people of Queensland will never own.”