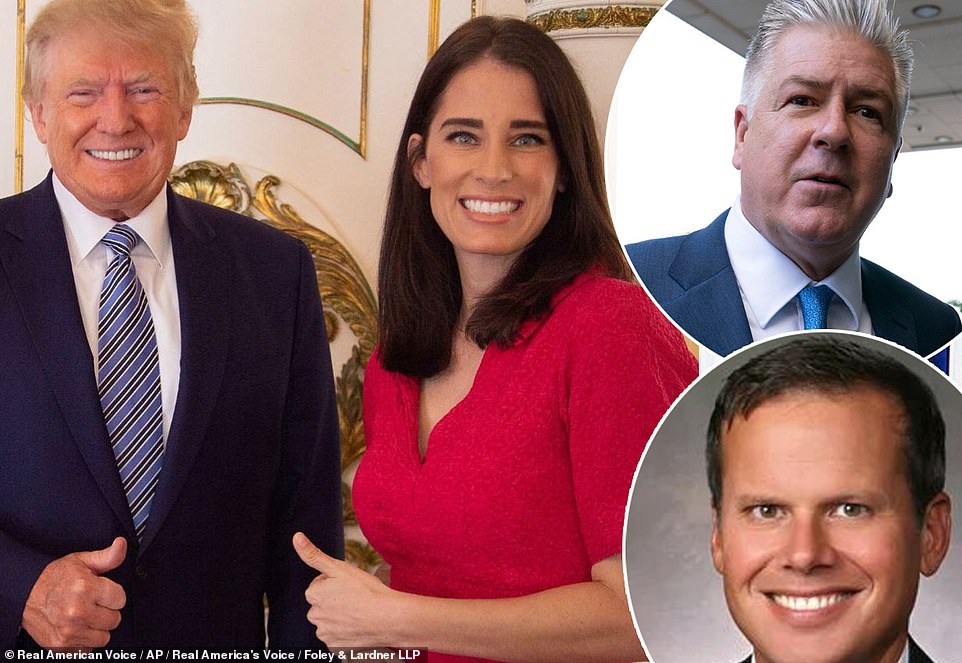 The legal team former President Donald Trump has assembled to fend off an FBI obstruction investigation may have problems of its own after the Justice Department released a sworn statement attesting to a ‘diligent search’ of Mar-a-Lago weeks before agents turned up a trove of classified material. The Justice Department’s latest filing in the case states that counsel for the president was present during a June 3 visit by FBI agents and a DOJ lawyer to Mar-a-Lago in search of classified material. 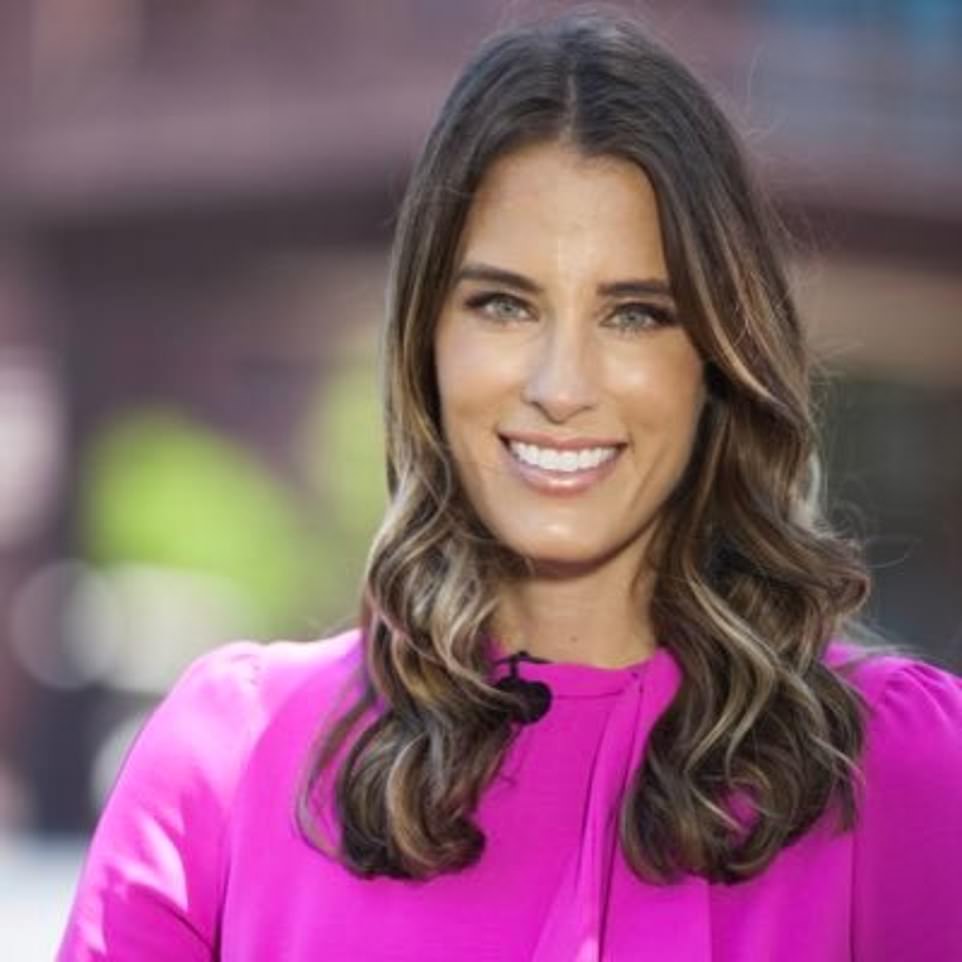 Trump lawyer Christina Bobb was at Mar-a-Lago during the FBI’s August 8 raid. The New York Times reported that she is the lawyer who signed a statement attesting to a ‘diligent search’ for classified government documents. Bobb is a former OAN host who blasted the FBI following the August raid – she even said she anticipated the FBI would ‘make stuff up and come up with whatever they want.’ 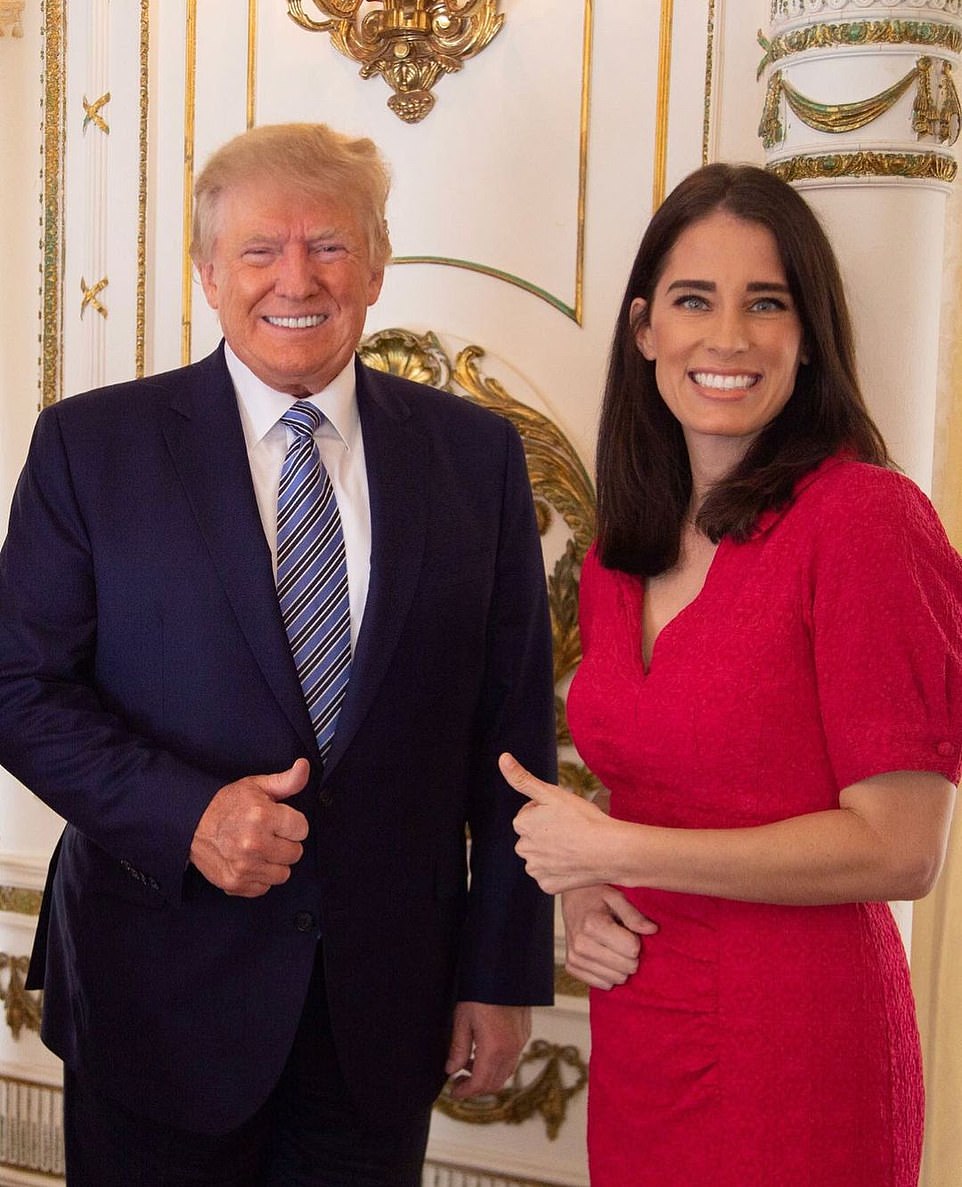 Describing what was at Mar-a-Lago, she said: ‘There’s just nothing there.’ That statement was belied by the filing, which says agents seized 33 boxes containing ‘over a hundred classified records.’ That June visit came after weeks of back-and-forth and, a filing has now revealed, a subpoena for the material. It followed the return by Trump of 15 boxes of material, following months of requests by the National Archives. 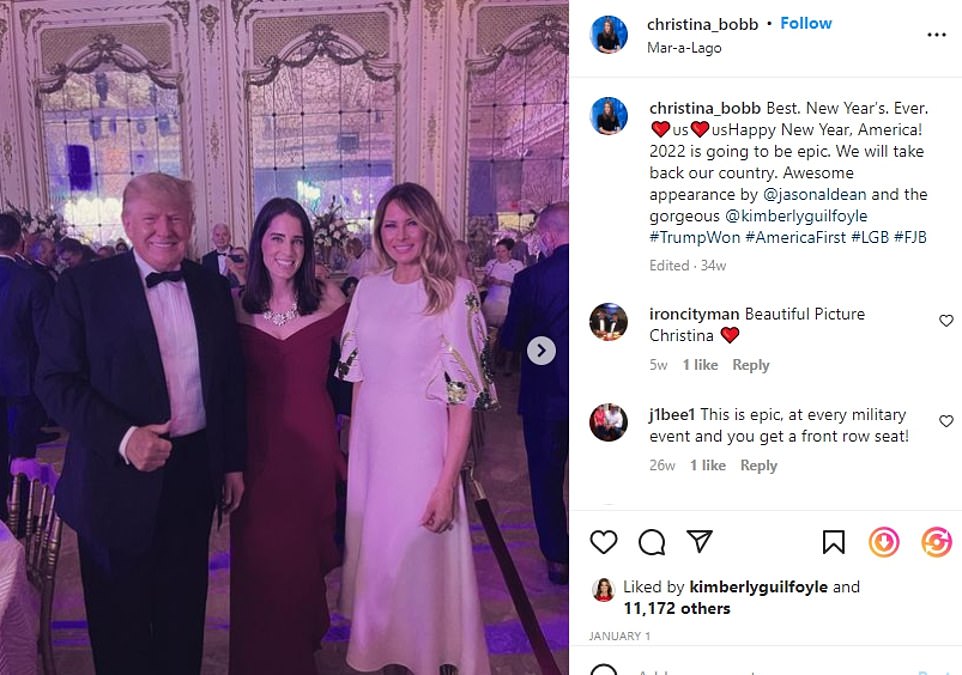 When producing the documents, ‘neither counsel nor the custodian [of records for Trump] asserted that the former president had declassified the documents or asserted any claim of executive privilege,’ the government notes. Trump and his legal team are now making both such arguments, with Trump writing on Truth Social Wednesday that ‘Luckily I Declassified!’ Pictured: The former OAN employee posted about New Year’s at Mar-a-Lago and was pictured with Trump and former first lady Melania Trump. 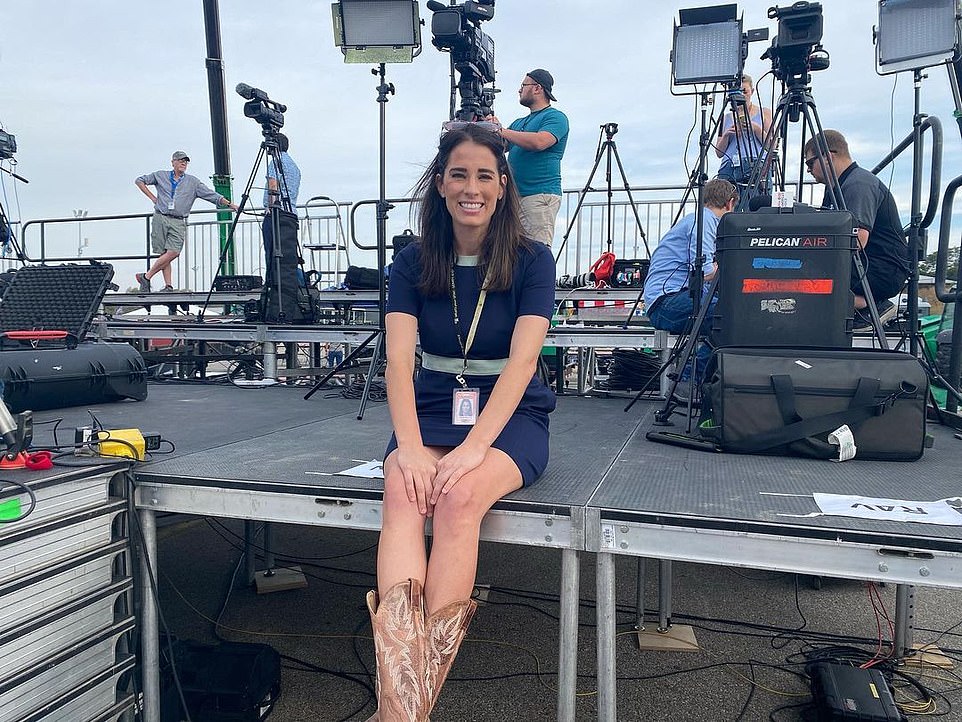 The filing even describes the conduct of the lawyer, saying ‘counsel handled them in a manner that suggested counsel believed that the documents were classified.’ The document production included on large envelope ‘double-wrapped in tape.’ 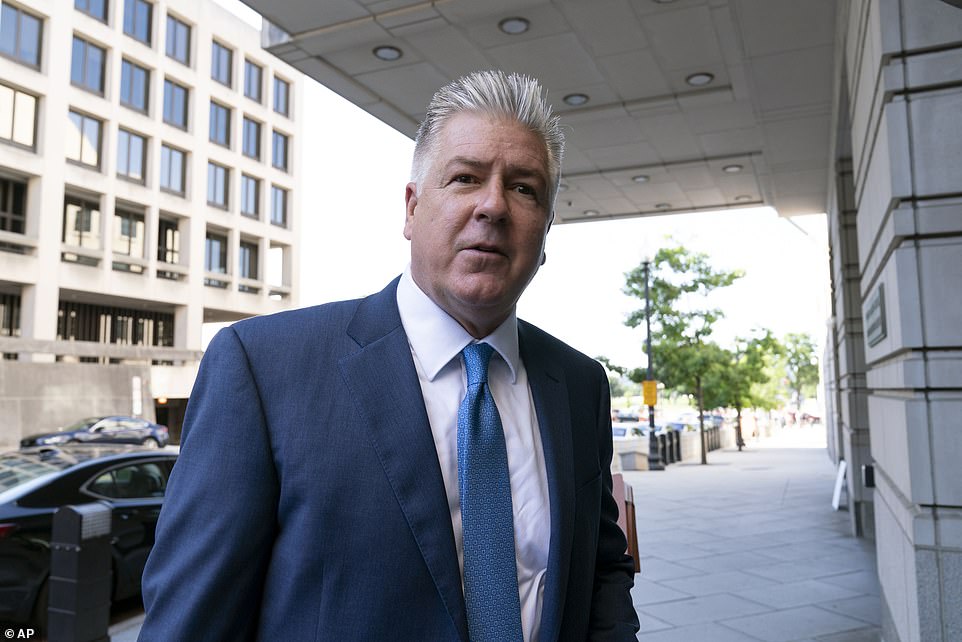 The Times reported that another Trump lawyer, Evan Cocoran, drafted the statement that Bobb signed following the FBI’s June visit, when both lawyers were present. ‘Based upon the information that has been provided to me, I am authorized to certify, on behalf of the Office of Donald J. Trump, the following: a. A diligent search was conducted of the boxes that were moved from the White House to Florida; b. This search was conducted after receipt of the subpoena, in order to locate any and all documents that are responsive to the subpoena; c. Any and all responsive documents accompany this certification; and d. No copy, written notation, or reproduction of any kind was retained as to any responsive document.’ ‘I swear or affirm that the above statements,’ the letter concludes. DOJ included it in the filing. 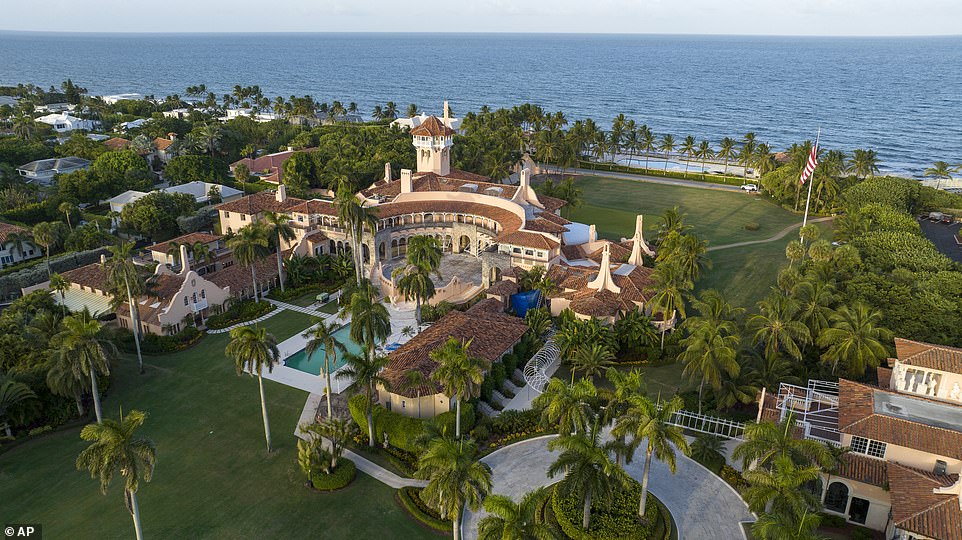 ‘Trump and two of his attorneys are in big trouble for obstruction of justice; and proof of Trump knowledge got stronger,’ wrote former Robert Mueller prosecutor Andrew Weissmann. He predicted prosecutors could call try to subpoena the lawyers to ask if Trump authorized the statement. Bobb told OAN shortly after the raid there was ‘not anything there,’ and said she was ‘a little bit befuddled as to why they would do such a drastic thing, so disrespecting and so dishonoring, other than the fact it’s a political tool.’ She said she was precluded from watching the search, but said members of the FBI ‘just make stuff.’ 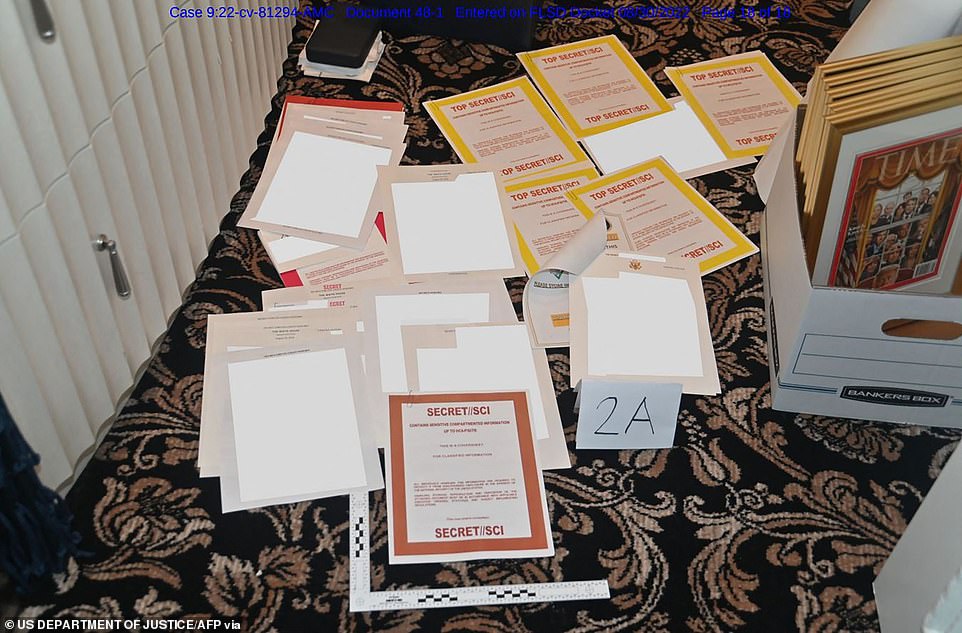 She told Fox News August 12: ‘We’ve been very cooperative with the Biden administration and the DOJ and turned over everything that we found, that we had.’ Bobb also promoted the Arizona Senate’s audit of the 2020 election that ultimately affirmed Joe Biden’s win in the state. The filing also establishes that the government’s is probing potential obstruction, stating that ‘government records were likely concealed and removed’ from a storage room at the president’s private club following a subpoena. It says one of the lawyers during the June visit ‘explicitly prohibited government personnel from opening or looking inside’ boxes in the storage room beyond what had been provided, ‘giving no opportunity for the government to confirm that no documents with classification markings remained.’ 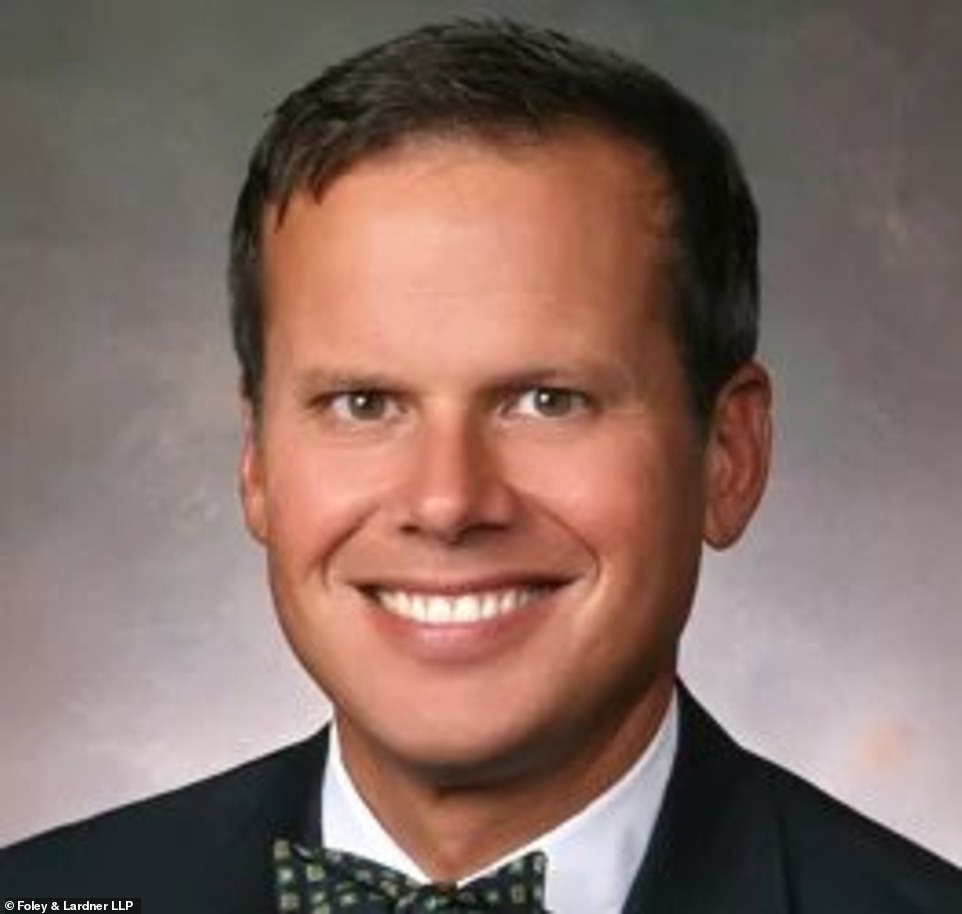 On Tuesday, the day of the government’s filing, it was revealed that Trump is beefing up his legal team, bringing on Chris Kise (pictured), a former Florida solicitor general. Kise advised Florida Gov. Ron DeSantis during his transition, a role he also filled for former Gov. Rick Scott. NBC cited Kise’s reputation as a ‘political knife fighter.’ He could have his hands full now that the Justice Department has revealed more of its hand, getting special dispensation to deliver a filing that ran 36 pages and that lawyers dropped shortly before midnight on Tuesday. 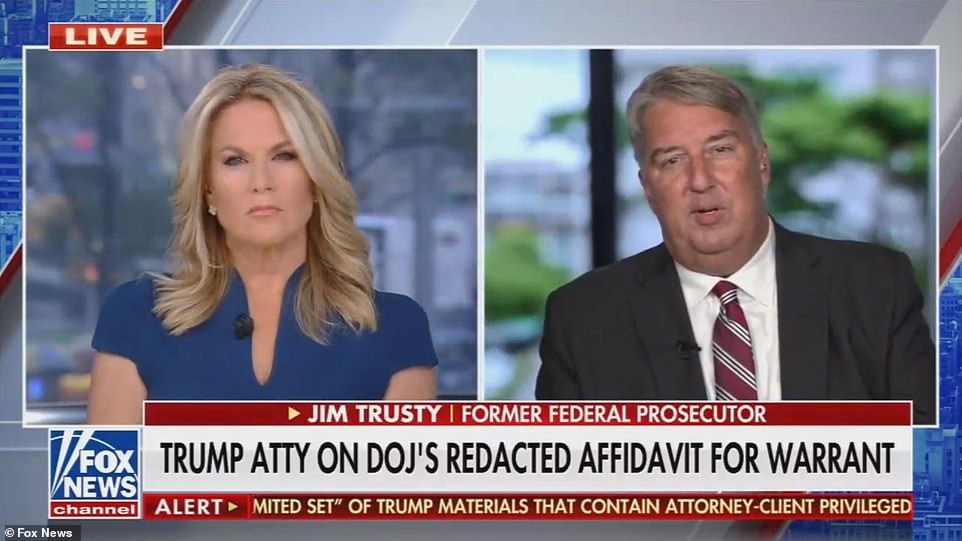 Also advising Trump and making his case on TV has been lawyer Jim Trusty (pictured), who on Monday night minimized the retention of documents owned by the government. He pointed to the request, revealed in correspondence unsealed by another judge, the government made on a June visit to put a better lock on a storage room where documents were being held. Trusty said there was a ‘chronology of cooperation,’ and told Fox News it showed a president who was ‘accommodating.’ ‘The advice [DOJ] came up with five days later was, “Hey, put a lock on the door please.” I mean, that’s not the stuff of an urgent nuclear-based espionage type investigation. That’s the stuff of an overdue library book.’ Trump hired Trusty to join his team after he saw him on TV, the New York Times reported.