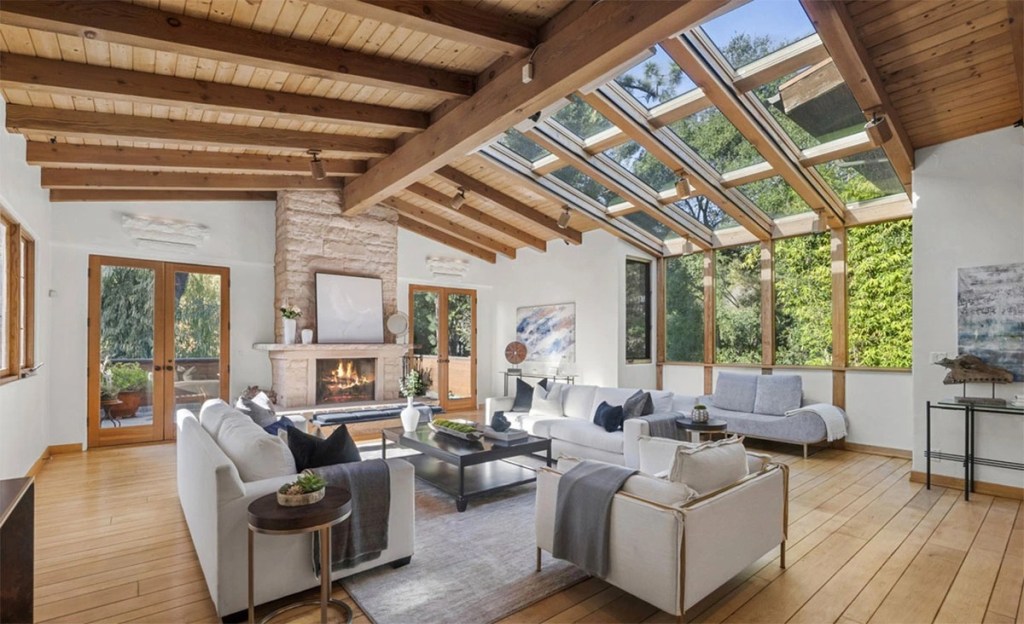 YouTuber Emma Chamberlain has opened up her beautiful home to Architectural Digest, showing off the dazzling environment she lives in.

the internet sensation, who has 11.8 million followers on YouTube alone, bought the five-bedroom, seven-bathroom California home in June 2021 for $4.3 million.

Chamberlain, 21, spans over 4,440 square feet and has renovated the home to her liking over the past year.

Standing in the mountains above Beverly Hills, Chamberlain designed the house to have a “chill, laid-back vibe,” with luxury in mind, AD explains, adding that it offers an “earthy-with-a-twist vibe.”

“I work from home, so I wanted to create something very personal and comfortable,” Chamberlain told the magazine. “I’ve brought references from many decades and design eras, and I’ve tried to fuse them together into something that feels not only cohesive but also new. It wasn’t about following the rules or sticking to one aesthetic. I tried to approach it all lightly and with an open mind.”

Built in 1955, Chamberlain said the house had a “summer camp” feel to it when she bought it, which led her to lead with that theme.

The house was designed in collaboration with Ashley Drost and Marie Trohman from Proem Studio.

“I am a mood board type of girl. I’ve scoured every corner of the internet, every weird, deep hole on Pinterest,” she added. “I find inspiration everywhere for the home, just like in fashion. It’s all one in my mind.”

In 2019, Time magazine placed Chamberlain on its 2019 list of the 25 Most Influential People on the Internet.