By Stephen Wynn-davies For Mailonline

Footage has surfaced showing an irate mother rambling Insulate Britain protesters with her car after they stopped her from taking her 11-year-old son to school.

The incident took place on the morning of 13 October when more than 40 protesters rushed onto the road at traffic lights at junction 31 of the M25 at Thurrock on the north side of the Dartford Crossing linking Essex to Kent.

The footage – filmed by another person during the protest – shows a woman, angry at being delayed in getting her son to school, and her car hitting the back of two protesters, with one of them screaming in pain.

At the beginning of the video, the woman can be seen driving her vehicle – a black Range Rover – into the backs of three activists sitting on the road with an Insulate Britain poster attached.

A woman furious at Insulate Britain protesters blocking the road told them: ‘Then I’ll drive right through you’ 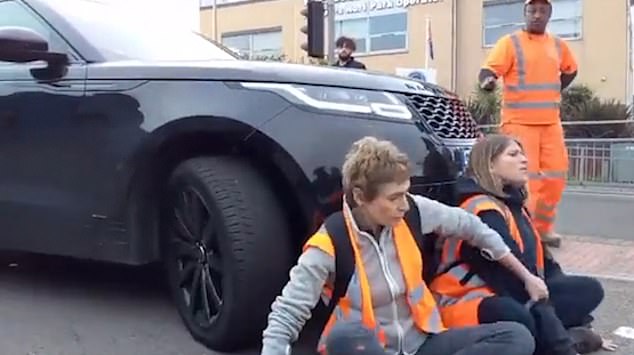 After yelling at the protesters, the woman got back into her car and began to ram into two protesters sitting in front of her vehicle 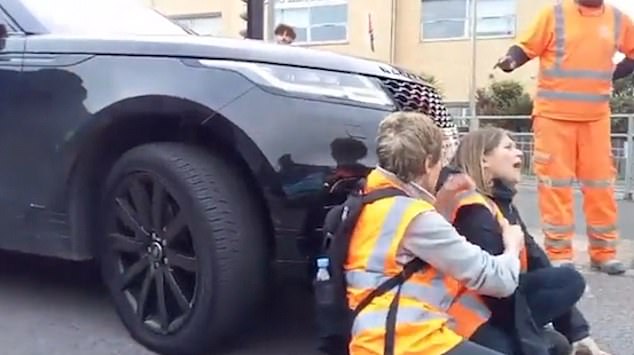 The protester on the right started screaming in pain before the woman stopped, got out of her car and continued to yell at the protesters

After stopping just inches from the back of a protester, the woman gets out of her car, rips the activists’ poster and says, ‘Get out of the way. I do not make a joke. My son has to go to school and I have to work.’

One of the protesters turns to the woman and says ‘you can’t drive through us’ before the enraged woman again says that her son has to go to school and she has to go to work.

The protester tells the woman that she “understands” and that she is “sorry” for blocking her route.

But the furious driver says, ‘Then get out of the way. Step aside and let me take my son to school.’

The woman then gets back into her car and starts driving it forward, following the protesters as one of them yells ‘ow, ow, no’ while other observers in the background encourage the woman to drive on.

Another says: ‘Then get out of the damn way’. 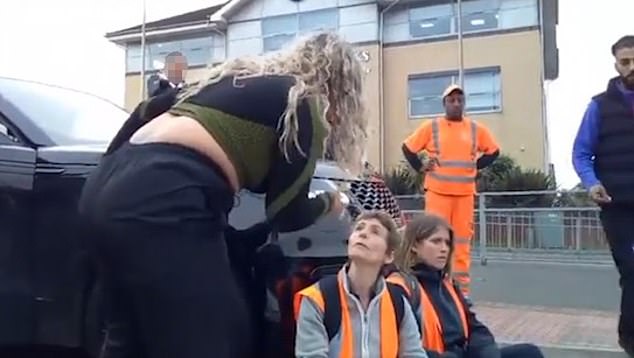 Before driving her vehicle towards protesters sitting on the road, the woman was seen screaming at them 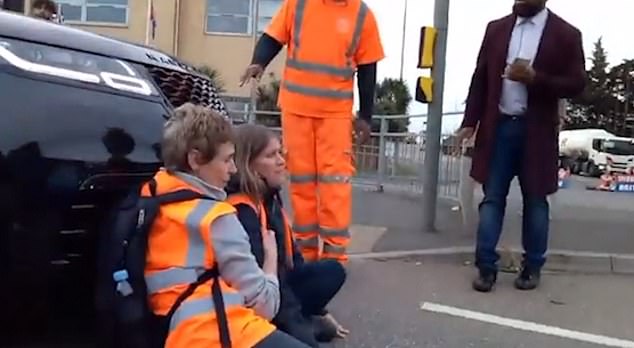 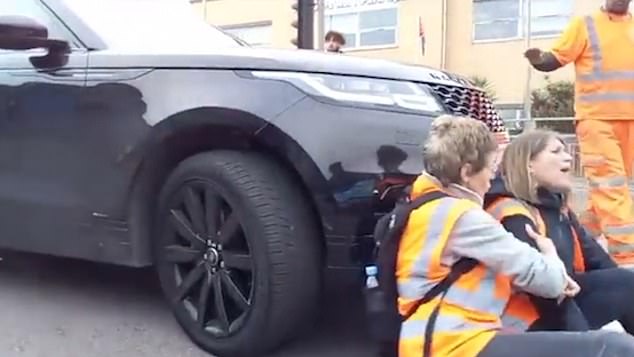 The woman stops driving when a hi-vis man raises his arm and walks in front of her car.

The woman gets out of the car and says, “Someone has to pull them aside. Get out of the way now. You take the damn p***.

‘My son has to go to school. I don’t care what your damn problem is.’

A lorry driver was also seen driving his vehicle straight into protesters as enraged motorists reacted angrily to activists from Insulate Britain who caused disruption to the roads for the 13th time in four weeks.

Essex police said they made a total of 35 arrests, while a car organization warned that Insulate Britain’s “incredibly dangerous” protests could threaten people’s lives.

RAC road safety spokesman Simon Williams said: “As well-intentioned as the cause, blocking major roads is incredibly dangerous, both for the protesters and those in their vehicles.

“Not only will this cause inconvenience to commuters on their way to work, but there could also be people who miss hospital appointments or worse, emergency services will be delayed, which could be life-threatening.” 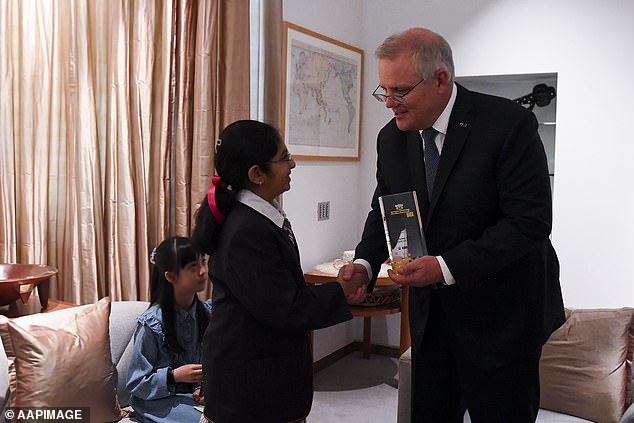 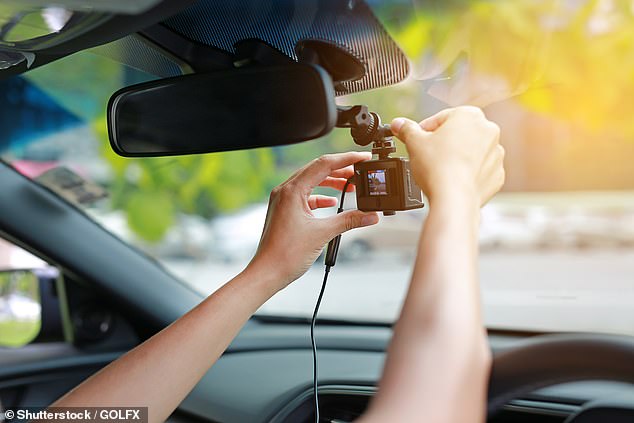 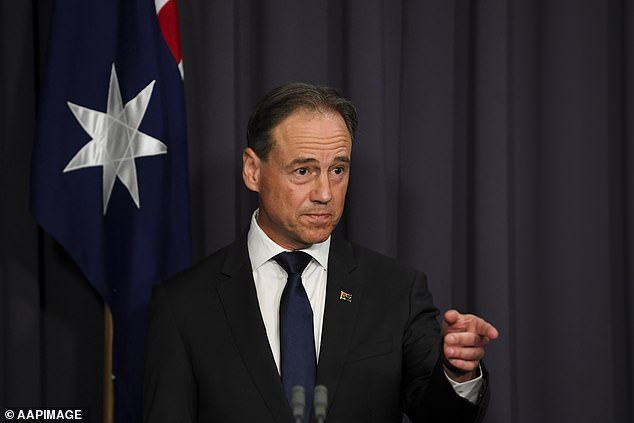 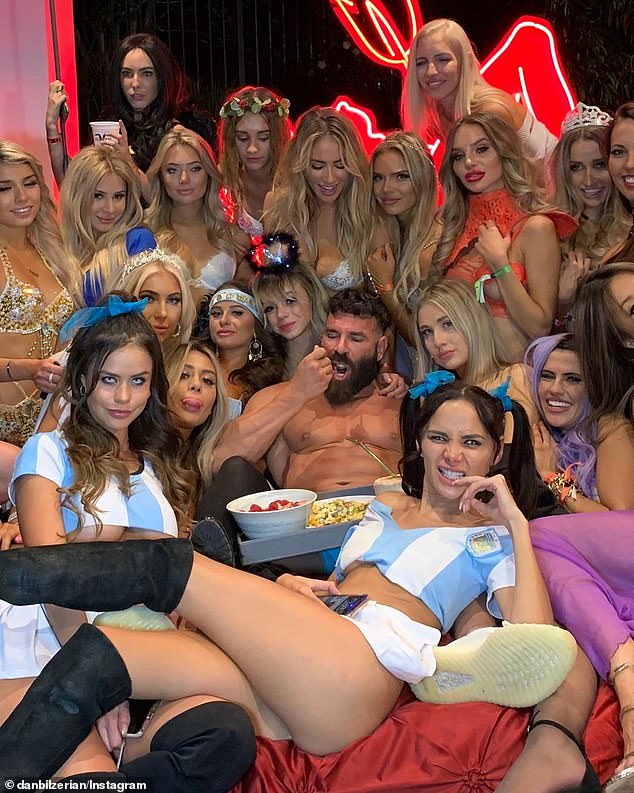