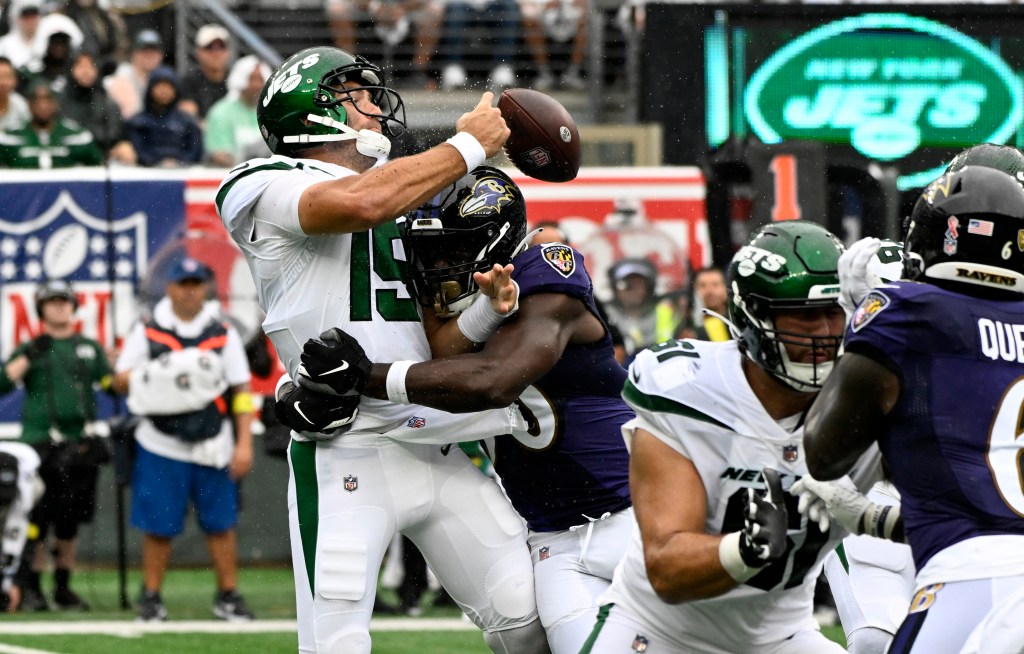 The Jets didn’t get the start they hoped for when they fell 24-9 in their season opener against the Ravens at MetLife Stadium on Sunday.

Playing in place of injured starting quarterback Zach Wilson, Joe Flacco went 37-for-59 with 307 yards, a touchdown and an interception.

The Jets defense was unable to slow down former NFL MVP Lamar Jackson, who threw 213 yards and three touchdowns.