Jets’ Duane Brown is put on IR, will miss at least a month 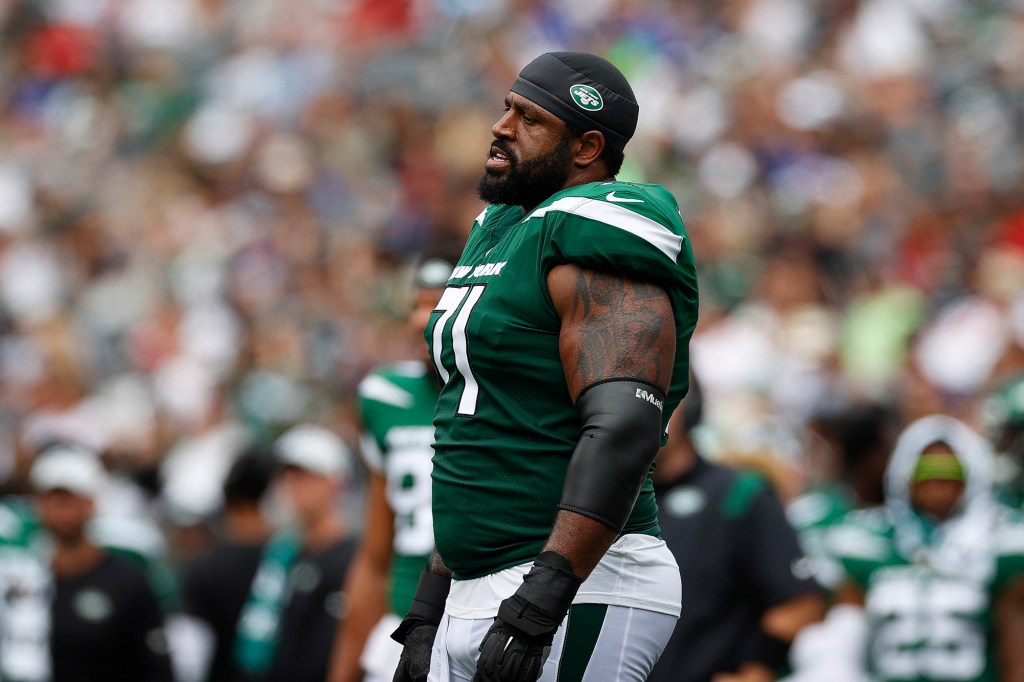 The Jets will not sit to the left of tackle Duane Brown for at least four weeks.

Brown is being placed in the injured reserve, according to a source. He sustained a shoulder injury in training on Monday and was already excluded from the game with the Ravens on Sunday.

The Jets are hopeful that Brown can return this season. He is eligible to get rid of IR for their Week 5 game against the Dolphins.

The Jets signed Brown to a $20 million two-year deal last month after Mekhi Becton lost this season to a knee injury.

With Brown out, the Jets will start on Sunday against Baltimore’s George Fant in the left tackle and rookie Max Mitchell in the right tackle.