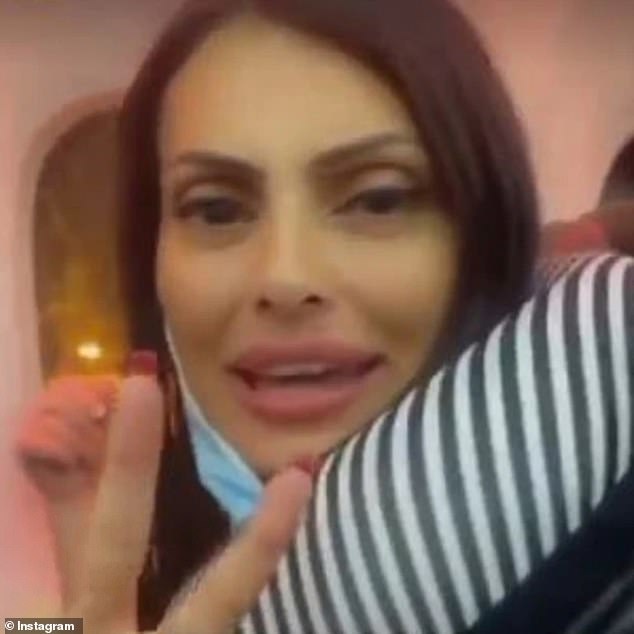 Fed up of Jetstar passengers cheered and applauded when an ‘unruly’ woman was kicked out of a plane after allegedly lashing out at her lack of a window seat.

The Australian woman was traveling on Jetstar flight JQ28 from Phuket to Sydney on Sunday when she was thought to have started complaining about being near the aisle.

Footage from a passenger shows the woman climbing out of her seat and removing her luggage from the trunk while yelling, ‘I’m out! I am gone!’.

“Thank you damn much!” she said.

Then she started walking down the aisle as the people on board started cheering and clapping.

An Australian woman was escorted off a Jetstar flight after using ‘insulting and inappropriate language’ to others on board, believed to be over a dispute over a window seat

As she exited the plane, the woman turned quickly and confronted a female passenger with the question, “What did you call me?”

Another passenger then tried to chase her off the plane and told her to leave before a flight attendant got in and told the woman to sit down.

“Oh my gosh, they’re about to pack a punch,” a passenger was heard to say during filming.

The disgruntled traveler was then escorted to the front of the plane, where she argued with a cabin crew member and pointed to her seat. 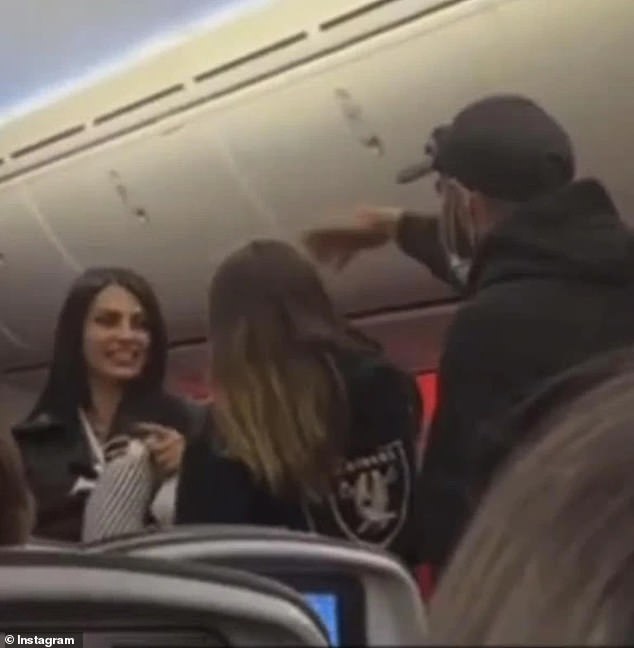 Other passengers were heard yelling “get off” as the woman was eventually removed from the plane completely.

Those who witnessed the event claimed that the drama started because the woman wanted to sit next to the window.

An earlier video showed the woman smiling at the camera and asking “what’s happening habibi?”

A Jetstar spokesperson confirmed that the woman had been removed from the plane.

“An unruly passenger was escorted off our flight before taking off in Phuket after becoming disruptive and using abusive and inappropriate language to other customers and our team members,” the spokesperson said.

Phuket airport security was called and the passenger was escorted off the flight.

“We take safety and security very seriously and this kind of behavior is not tolerated on our aircraft.” 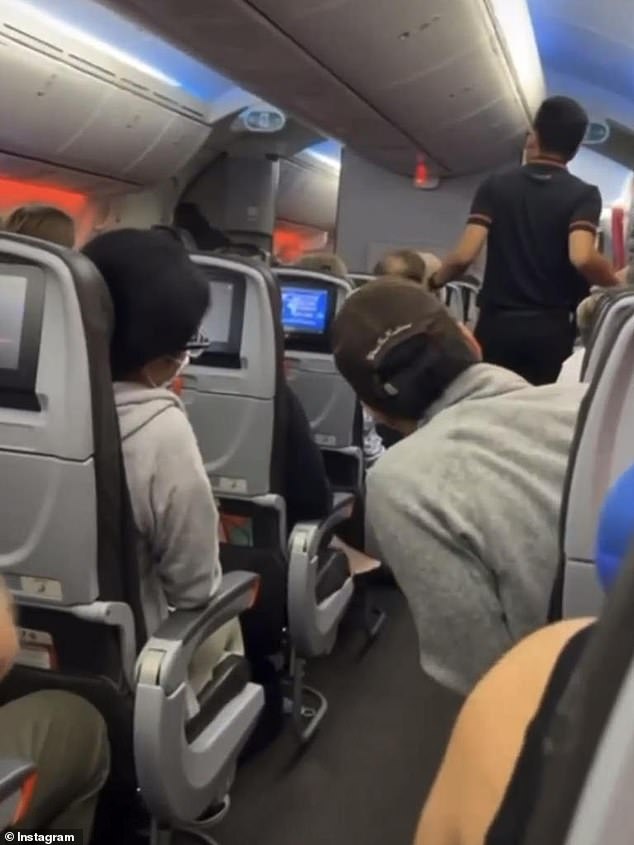 Passengers cheered and clapped as she was removed from the plane