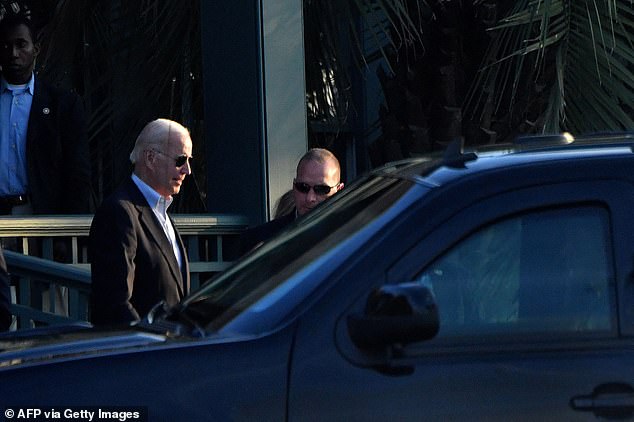 On the last night of his South Carolina vacation, Biden ventured from his private home, where he’s staying for free, to the luxurious members’ Beach Club on the shores of the Atlantic.

The White House would only say the president was attending a private event and gave no further details.

Biden spent just over an hour at the club, which has a gazebo, covered porches, several pools and a restaurant overlooking the beach. There is a boardwalk that leads to a 10 mile beach.

The sun was setting as the president left the club, where he hugged an unknown woman. He was followed by his son Hunter and Hunter’s wife, Melissa Cohen. There was no sign of first lady Jill Biden.

He will leave Kiawah Island on Tuesday to return to the White House, where he will sign the Inflation Reduction Act. 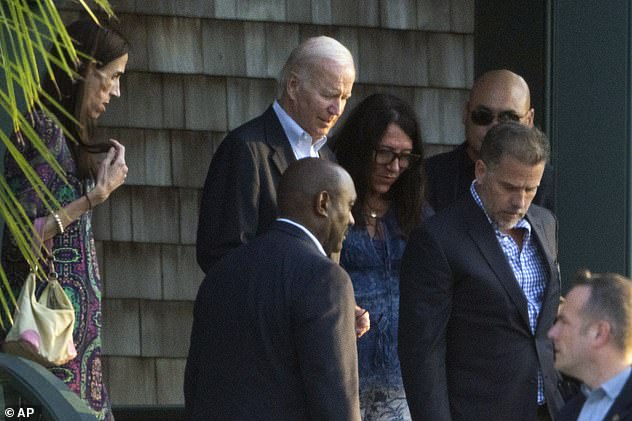 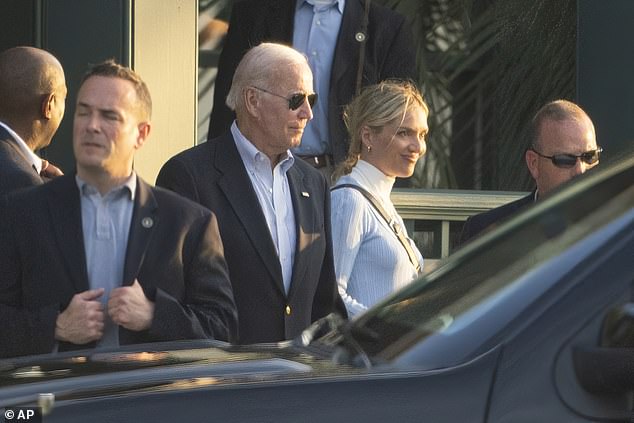 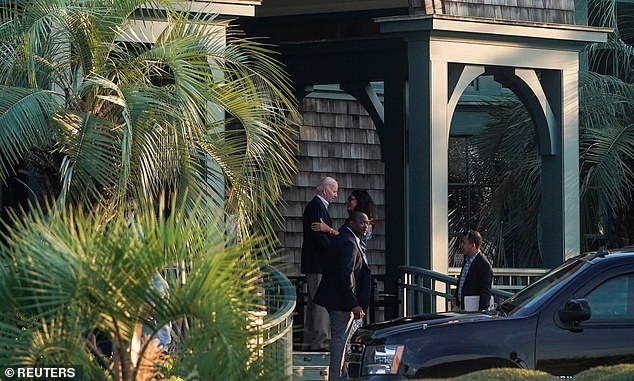 President Biden hugged an unknown woman as he left the club 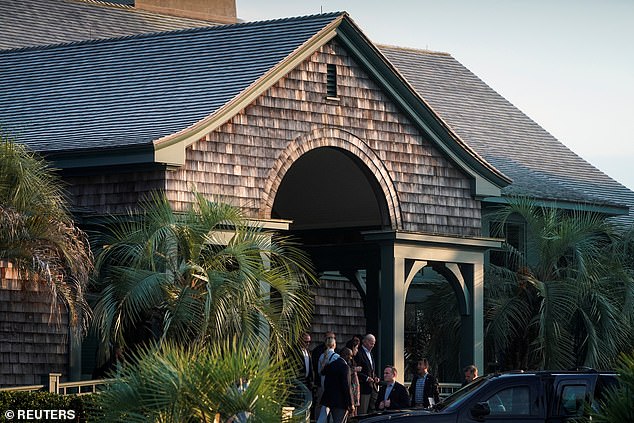 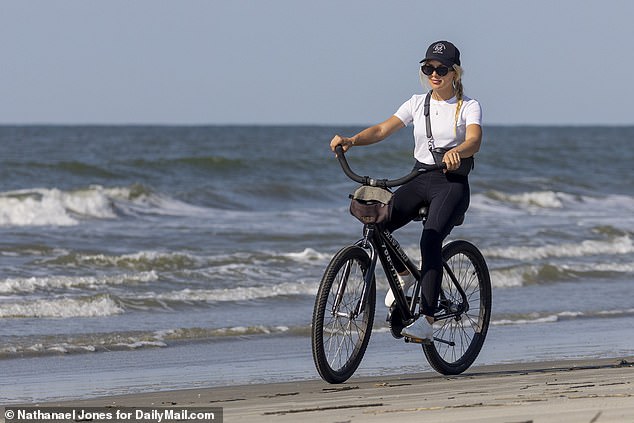 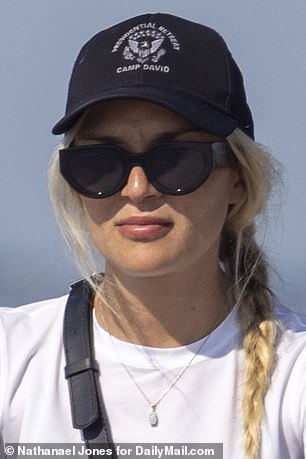 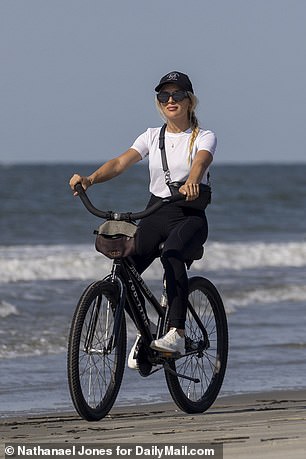 Several members of the Biden clan joined the first couple on their week-long getaway to the luxury island off the coast of South Carolina.

Hunter and Melissa had son Beau on the trip and Hunter’s daughter Finnegan, from his first marriage, was also spotted.

The Biden family remained on the island, barely daring to leave their vacation home, where the Secret Service had closed the perimeter to ensure their privacy.

And earlier that day, Finnegan went cycling on the beach with her grandparents.

The Bidens stay for free on a sprawling beachfront property on Kiawah Island, in one of the gated communities.

The 10,500-square-foot beachfront property features a separate guest house the size of a family home and a huge salt pool. 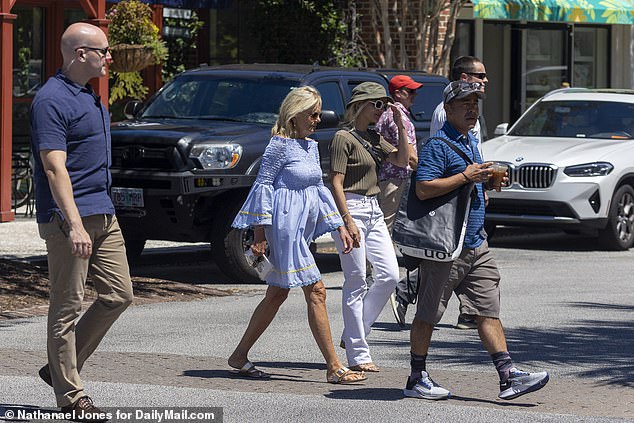 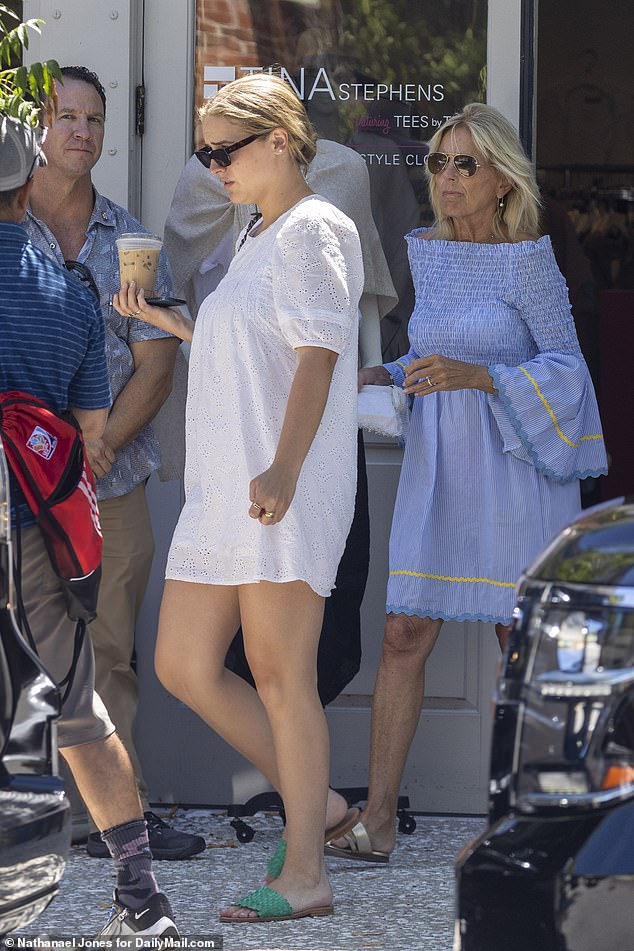 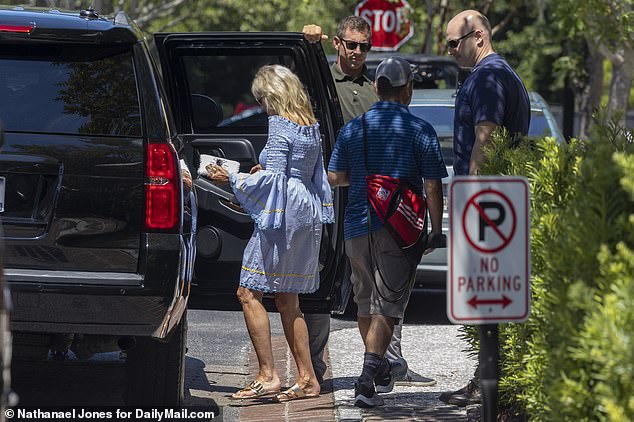 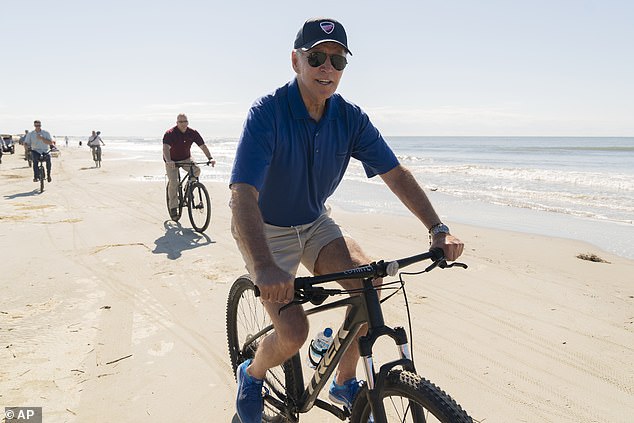 President Biden had a quiet vacation; he ventured for a beach bike ride on sunday 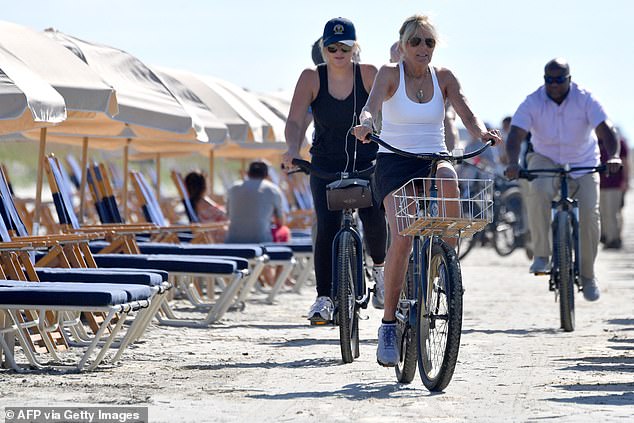 Before their shopping trip, Jill Biden and Finnegan Biden took a ride on the beach with President Joe Biden

Kiawah is an island off the coast of South Carolina, just 25 miles southwest of Charleston. It is primarily a private beach and golf resort.

The small, exclusive island is only 10 miles wide.

The Bidens are no strangers to Kiawah.

Their last visit was in 2015, shortly after the president’s son, Beau, died of brain cancer.

Mali’s Kourouma and Dabou fight after losing to…

Kim Kardashian shines in a sparkly bra and matching Dolce…

Tom Brady thanks Ken Dorsey for getting him off the hook…

Tom Brady thanks Ken Dorsey for getting…

Mali’s Kourouma and Dabou fight after losing to…