Juventus 1-0 Spezia: Dusan Vlahovic scores the victory for the Italian giants in the ninth minute 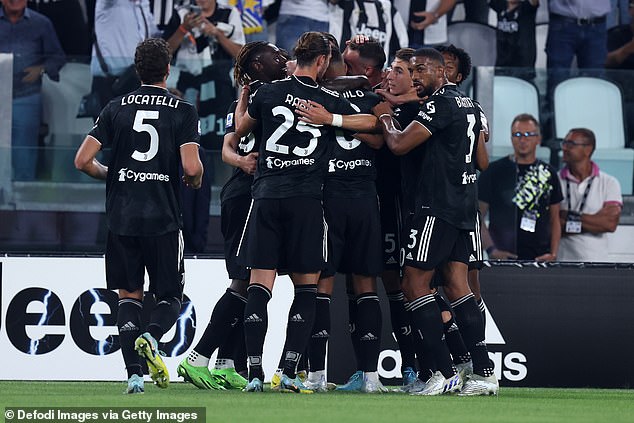 Juventus 2-0 Spezia: Dusan Vlahovic and Arkadiusz Milik find the net to fire Max Allegri’s side back to winning ways and to fourth place… after the Italian giants tied with Roma and Sampdoria

Dusan Vlahovic continued his impressive start to the season, putting Juventus on their way to a 2-0 win over Spezia in Serie A on Wednesday.

Vlahovic scored in the ninth minute for his fourth goal in as many games.

New signing Arkadiusz Milik sealed the result in stoppage time with his first goal for the club.

Dušan Vlahović is again on point with a free kick! 🎯🔥

His second in a week for Juventus after an almost identical goal against Roma at the weekend 👌 pic.twitter.com/woJEAp8sx0

Juventus remained unbeaten, as did Napoli and Lazio, who were both tied on Wednesday.

The Bianconeri wanted to win again after two consecutive draws in Serie A.

Vlahovic had given his side the lead with a free kick early in the weekend’s 1-1 draw against Roma and he did so again at the Allianz Stadium in a similar fashion when he curled up in the top right corner. 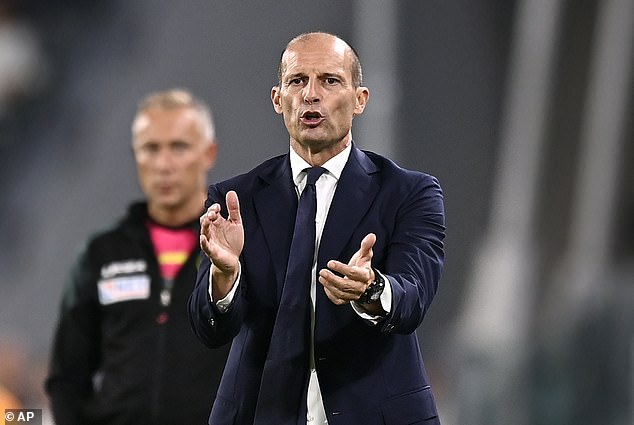 Just before half time, there was a worrying sight for Juventus when goalkeeper Wojciech Szczesny was stretched out after falling heavily on his ankle. He didn’t return to action until the weekend after missing the start of the season due to an injury.

Vlahovic almost doubled halfway through the second half, but Spezia goalkeeper Bartlomiej Dragowski managed to claw it off the line.

Milik secured the points when he controlled Fabio Miretti’s cross with his back to goal before turning and blasting past Dragowski.