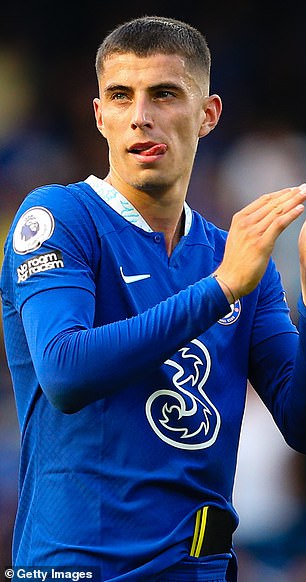 By Oli Gamp for Mailonline

Chelsea star Kai Havertz has praised his team-mate Raheem Sterling after his brace against Leicester and admits he is ‘enthusiastic’ about their partnership at the club.

The Blues overcame a tough 10-man run after Conor Gallagher’s red card to beat the Foxes 2-1 thanks to Sterling’s heroism and Havertz insists he made a big impression at Stamford Bridge.

Sterling arrived from Man City for £50million this summer and has taken a few games to adjust, but has now given fans a glimpse of what he can offer them this season after an assist and two goals in his last three games. 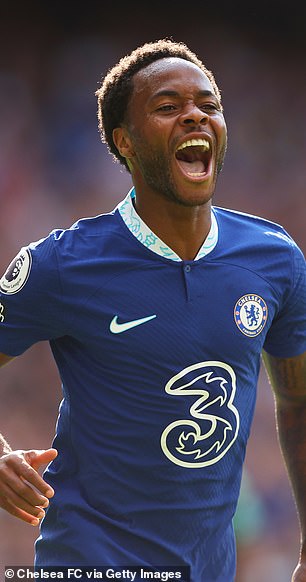 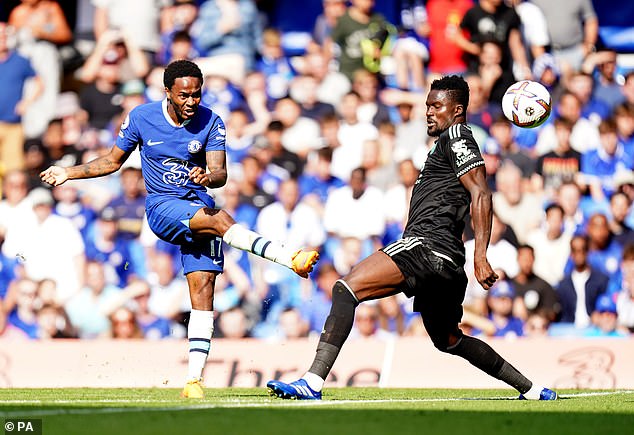 “We needed goals, in the end he scored two goals and that’s the most important thing,” Havertz said after his win over Leicester.

“In the end I think he did a good job and helped us a lot today. It’s very exciting [having a player like that around]. We played four games and he showed his quality again today.

“Sometimes it takes some time to adapt 100 percent, but he has adapted very quickly and we can build on that in the future.

“We are all very happy for him. You can see in every workout how much work and effort he puts into it, and he just deserves it.

“It’s fun to play with him. He has a lot of experience and knows how to move, and it helps you a lot to have such experienced players standing next to you. His playing style suits us very well.’ 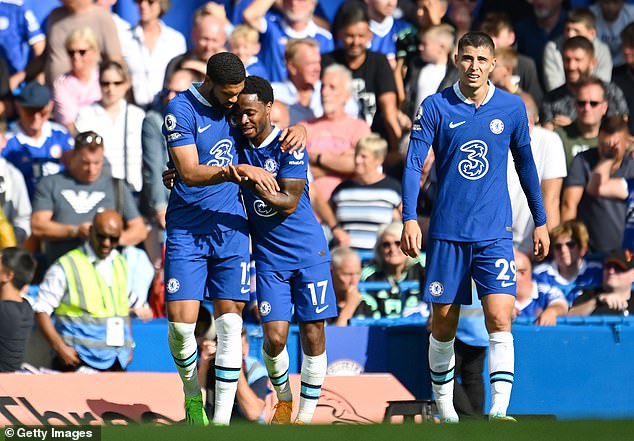 Sterling’s manager Thomas Tuchel was also pleased with Sterling’s impact, praising him for being ‘never shy’ about jumping for goals.

“There is no per cent doubt that he will do it because he has done it for years and years in this competition.

“He’s mobile, dangerous and breaking lines, so it will come. At that point he struggled a bit with his confidence and dribbling, you could see it. Then we were one man behind and it wasn’t clear he would get the chances to score, but he got three and scored twice.

“This was super important, not just for us, but for him individually.”