Family is BOOTED from Karen’s Diner restaurant where waiters are intentionally rude to customers after a bizarre altercation?

A group of diners were kicked out for breaking the rules at a popular restaurant known for its hilariously rude and poor service.

Police were called to Melbourne’s famed Lygon Street eatery on Wednesday night after reports of an altercation between staff and customers at Karen’s Diner in Carlton.

When the police arrived, the family had already been escorted from the site.

Karen’s Diner confirmed that a group of customers were asked to leave because they “were not okay with the staff.”

“Unfortunately, we had a number of customers who broke the rules and were out of order with staff and so they were asked to leave the venue,” a spokesperson told the Daily Mail Australia.

Victoria Police confirmed officers visited the restaurant, but said neither side had reported any criminal offences.

“No violations have been found and the parties have not requested police action,” said a spokeswoman.

The 50’s style burger restaurant franchise was established 12 months ago to provide a unique dining experience where the staff are intentionally rude and provide terrible service to the customers. 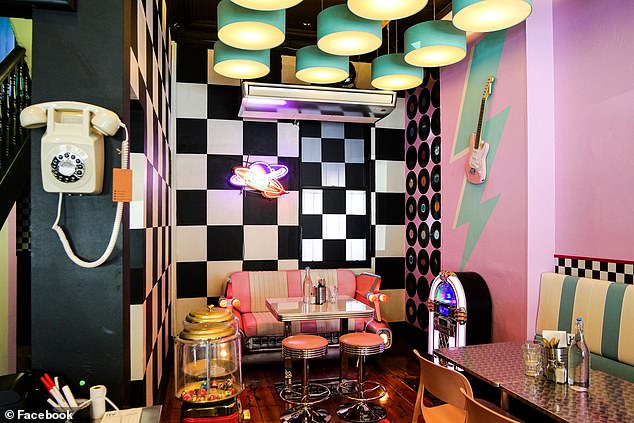 “Our staff are rude, our manners are non-existent and we are the perfect place for Karen’s everywhere to express their anger and dismay to the world,” the website reads.

“Come on, ask for the manager… WE TAKE YOU. We want your complaints.’

The restaurant is known for its burgers, cocktails and cheeky staff.

Karen’s Diner currently has restaurants in the Sydney CBD, Melbourne, Brisbane, Sheffield in the UK and will soon open in Ryde and on the Gold Coast.

The Carlton location has a four-star online rating and was fully booked for the evening when contacted by Daily Mail Australia on Thursday evening. 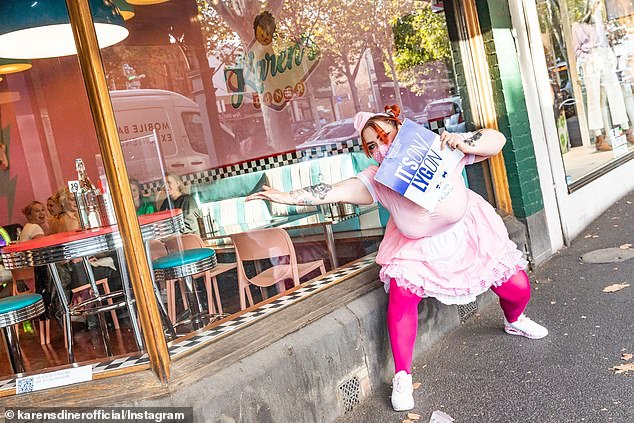 Police were called to the restaurant (pictured) in Lygon Street Carlton, a famous eatery

Daniel Andrews lashes out at Scott Morrison, says he didn’t give Victoria ‘our share’