Has your child ever behaved so demonically that you thought it was an alien? What if it were really true?

The complex relationships between mothers and their children are stretched to their limits in The Midwich Cuckoos, a gripping and haunting new Sky Max drama based on John Wyndham’s critically acclaimed sci-fi novel from 1957.

Both eerie and thought-provoking, it breaks the idyll of the cozy suburban family home, and feels particularly relevant after the pandemic… there’s something strange in the air, something you can’t see and could kill you.

The Midwich Cuckoos is based on John Wyndham’s acclaimed 1957 novel, which follows the birth of mysterious children, who are initially adored by their parents until they take control of other people’s minds.

“From the time I read the book when I was 12, I became a John Wyndham obsession,” says the show’s writer David Farr, whose 2016 adaptation of The Night Manager was critically acclaimed.

“Even though it’s set in a post-war city, it made me feel in 1980s Surrey that it could be my community infested with an evil force.

“The central premise of the story is that the thing you love most can turn against you and kill you. That’s a brilliant intellectual idea.’

British author Wyndham is most famous for his 1951 novel The Day Of The Triffids, another chilling tale of alien horror that descends to central England, which was last made into a TV film in 2009 starring Brian Cox, Joely Richardson and Douglas Scott. Wyndham conceived Midwich as a peaceful fictional village in his original novel, which has been filmed twice with the title Village Of The Damned, to amplify the malevolence of the threat.

Here, the story has been brought to modern times, with Midwich, a thriving commuter town, voted ‘the sixth best place in Britain to raise children’. Much of the seven-part series was filmed in Amersham, Buckinghamshire.

When it starts, psychiatrist Dr. About to catch a train to London on a date, Susannah Zellaby (Keeley Hawes) leaves her troubled 23-year-old daughter Cassie (Synnove Karlsen) alone all evening, while local police chief DCI Paul Haynes (Max Beesley ) hopes to finish his work to come home to his pregnant wife.

Then there appears to be a power outage and everyone in the city falls unconscious. Soon, just as suddenly, power is restored and everything is back to normal, except for one thing: every woman of childbearing age has inexplicably become pregnant.

The series follows the births of these mysterious children, who are initially adored by their parents. But they seem to grow up quickly, their minds display a terrifying ability to control others, and as time goes on, their parents begin to fear them.

It soon becomes apparent that there is a special bond between this boy, whose clothing reflects the blue-gray and yellow color of the cuckoo – the bird that lays its eggs in other birds’ nests. 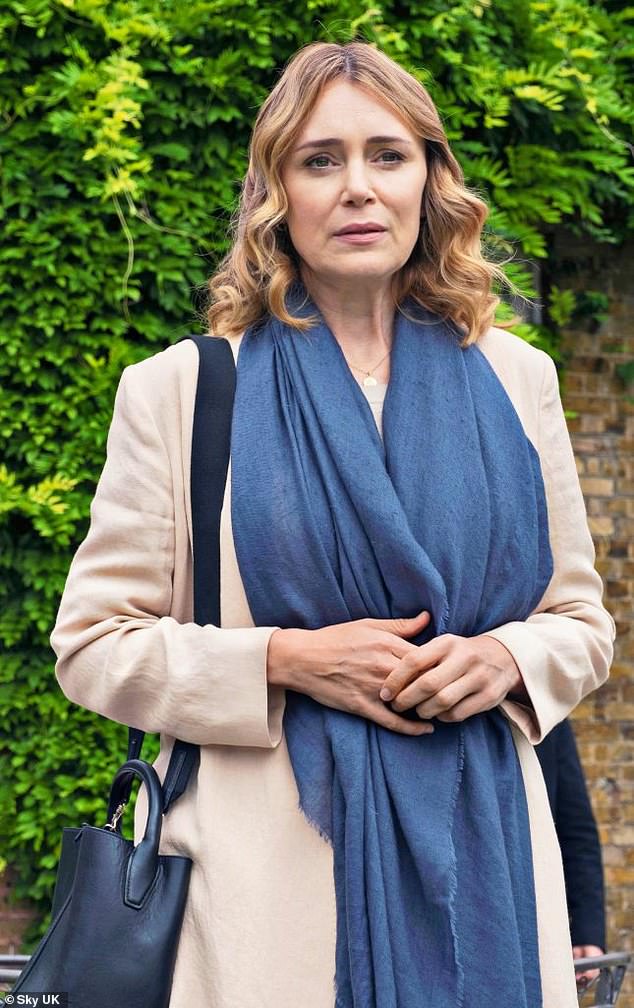 They arrived in Midwich on purpose, and it could be malicious.

“In this story, the adults are the trusting innocents, and the children are not,” says David Farr. ‘Nowadays, a lot of value is attached to having a child.

“We think of it as love, but Wyndham saw it as a method of preserving species. Is love just a survival mechanism? Why is an animal attached to its child? The thing is, the child will survive to continue that species. It all goes back to Darwin.

“The idea of ​​someone thinking they have a great relationship with their child and then suddenly realizing that they’re in a species war is such a rich, dramatic field.”

DCI Haynes’ sister-in-law and Dr Zellaby’s daughter both became pregnant during the power outage and are now mothers. Haynes and Dr Zellaby realize something sinister is going on and team up to solve the mystery.

“These parents are presented with a terrifying dichotomy,” says Max Beesley. “Their love for their child is fighting an unknown force.

“Horrible things happen and Haynes sees that they are the result of these children, but he doesn’t know who to trust.”

Producers watched audition tapes of 2,000 children and offered roles to those who exuded the most menacing air. ‘The children were a pleasure to work with’, says Max.

‘A few of them were able to leave 15 films on their resumes. The challenge for us was in the more emotionally demanding scenes.

“We had to work hard to make sure they felt safe, talking to them about what we were doing.”

Max has been friends with Keeley Hawes for 25 years, but they had never worked together before. “She has loads of gravitas,” he says.

“She brings a sensitivity and a vulnerability to a pretty difficult role.” Add that to the show’s sinister feel, and he believes they’ve got a hit on their hands.

“There’s a conspiracy angle to it, and it’s also about containing facts and propaganda. But above all it is a very entertaining thriller.’