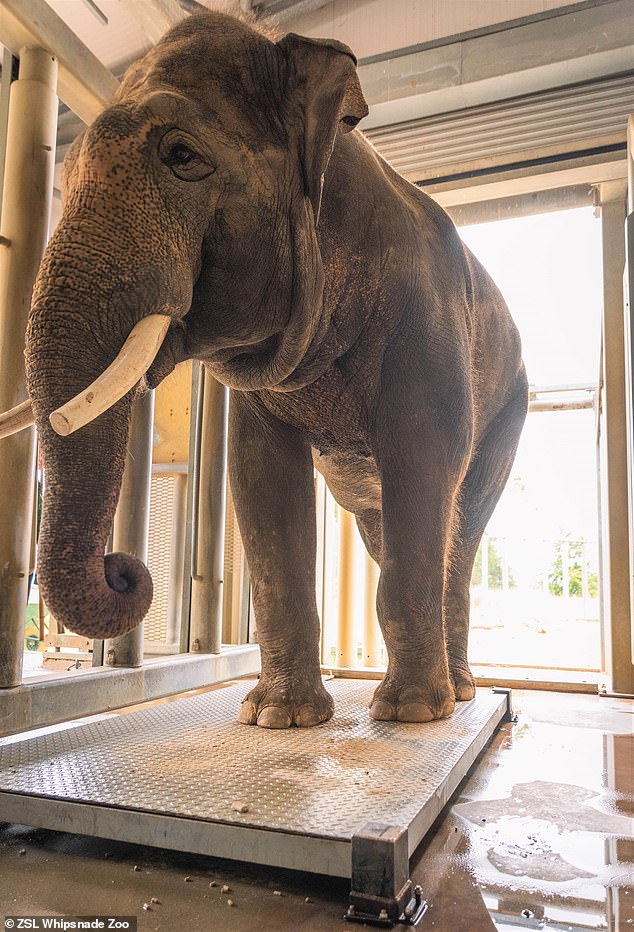 A large-scale operation is underway at ZSL Whipsnade Zoo as keepers persuade thousands of animals to step on the scales for the annual weigh-in.

As part of their regular checkups, all creatures large and small have their vital stats recorded to keep track of their health and well-being.

Keepers check all 10,000 animals at the UK’s largest zoo.

Beluki, a 26-year-old female rhinoceros, stepped on an industrial scale, while Whipsnade Zoo’s smallest residents, such as the butterflies or the critically endangered wolf spiders, required extra sensitive equipment to weigh them accurately.

A large-scale operation is underway at ZSL Whipsnade Zoo as keepers persuade thousands of animals, including 14-year-old bull elephant Ming Jung, to step on the scales for the zoo’s annual weigh-in 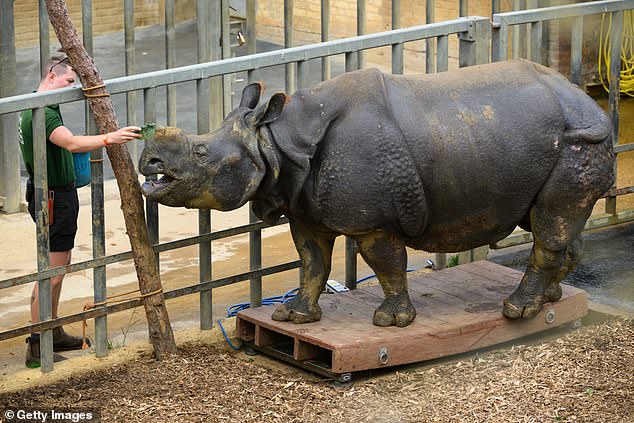 Newcomer aardvarks Nacho and Terry took part in the annual weigh-in for the first time, as did three-month-old endangered northern rockhopper penguin Dobby, who hatched in May.

Endangered Asian Elephant (Elephas maximus) Ming Jung was lured over his mammoth scales – placed in the path between his bedroom and outdoor pasture – while consuming his favorite healthy snacks. The 14-year-old bull elephant clocked a healthy 4150 kg.

The weights and dimensions of the animals are recorded in a database called the Zoological Information Management System (ZIMS), which allows zookeepers around the world to compare important information about thousands of endangered species. 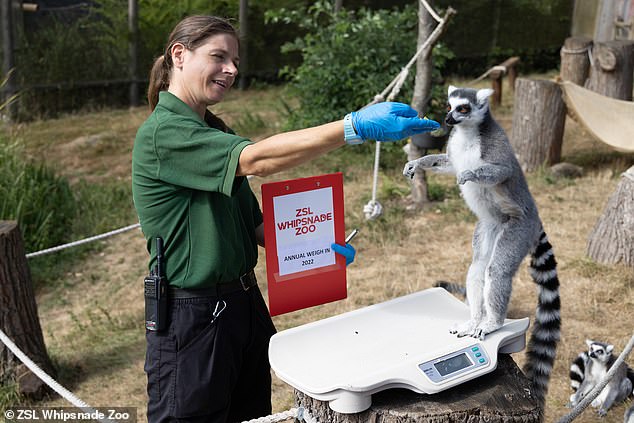 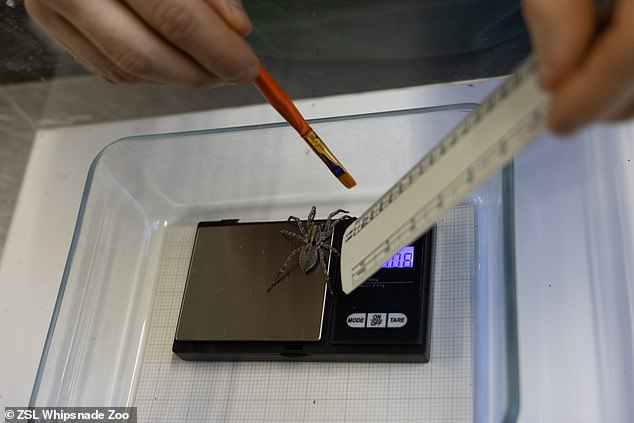 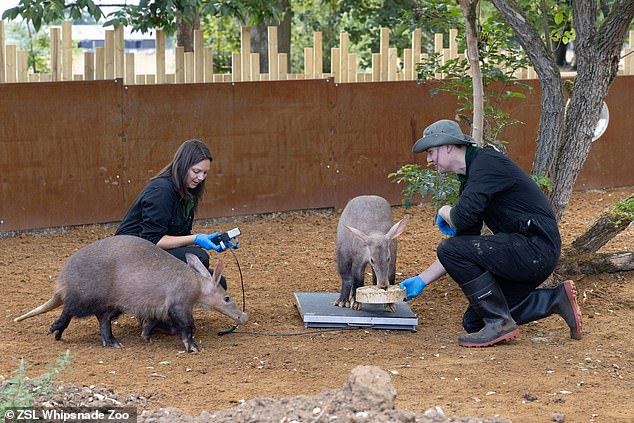 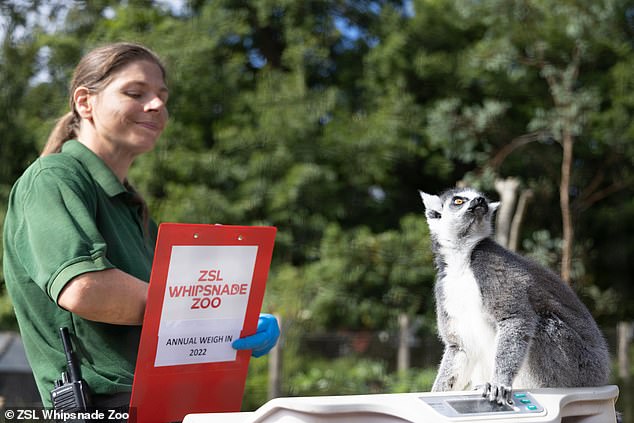 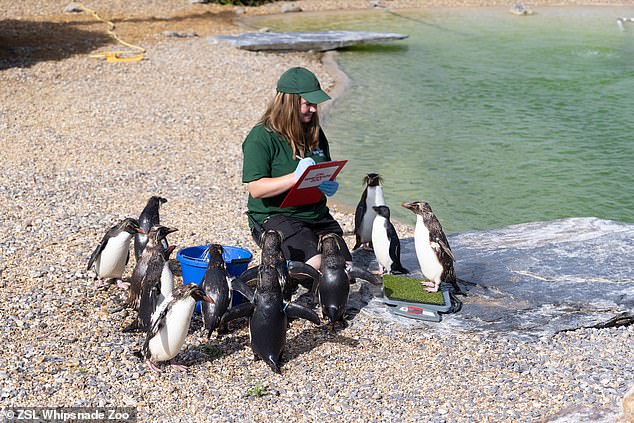 Other newcomers to the weigh-in include the three-month-old endangered northern rockhopper penguin (Eudyptes moseleyi), Dobby, which hatched in May. 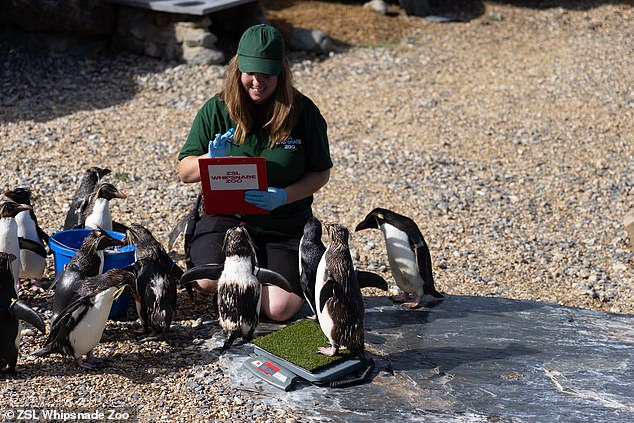 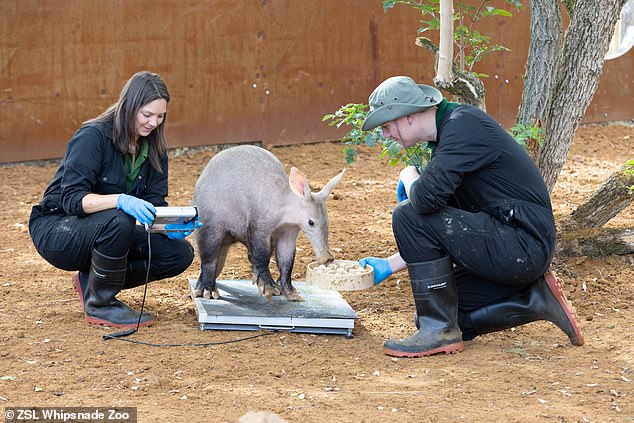 Matthew Webb, chief of zoological operations, said: ‘All of our animals at the ZSL Whipsnade Zoo are regularly weighed and measured, but the annual weigh-in is an opportunity to review the information we’ve recorded and make sure it’s up to date. date. date and accurate.

“With so many animals with different personalities, zookeepers must devise creative tactics to get them on the scale, from luring a 4,150 kg, endangered Asian elephant like Ming Jung onto the scale in exchange for his favorite vegetables, to encouraging from a ring-tailed lemur to bouncing on the scales for a juicy, sweet pepper.”

In addition to being an important gauge of animal welfare, keepers can use regular weight checks and waist measurements to identify pregnant animals, many of which are endangered species that are part of the zoo’s international breeding programs. 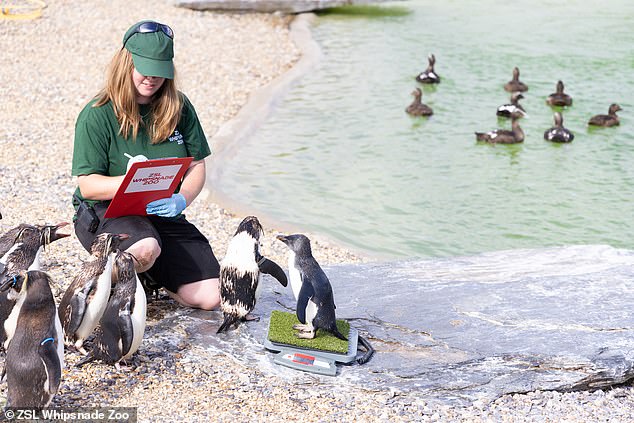 ZSL Whipsnade Zoo is best known for its own hulking beasts that graze huge enclosures, such as the zoo’s two herds of prehistoric-looking rhinoceroses. The zoo is home to over 10,000 amazing animals, including a herd of Asian elephants.

Whipsnade proudly helps protect endangered species and has contributed to the reintroduction of extinct wild species such as the Przewalski horse, and through their entrance fee, each visitor contributes to ZSL’s global conservation work for animals and their habitats.

Families can see who’s best at stalking like a tiger, solving puzzles like a chimpanzee, digging like a meerkat, remembering like an elephant and taking on the giant inflatable boat for the Ultimate Showdown, at ZSL Whipsnade Zoo’s Ultimate Animal Challenge, which runs until Sunday, Sept. 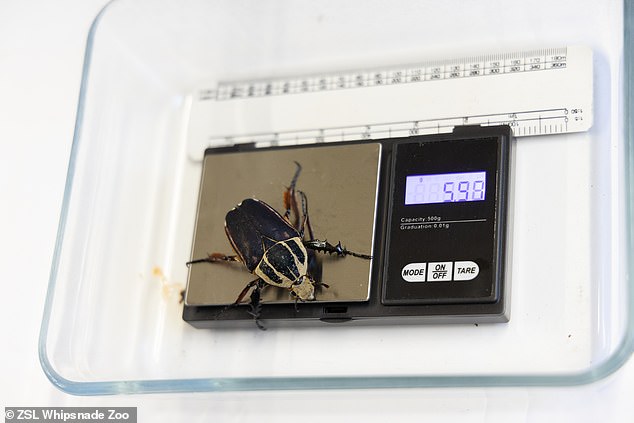 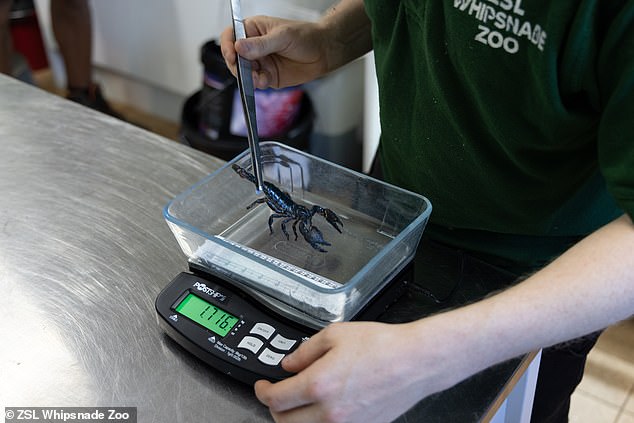 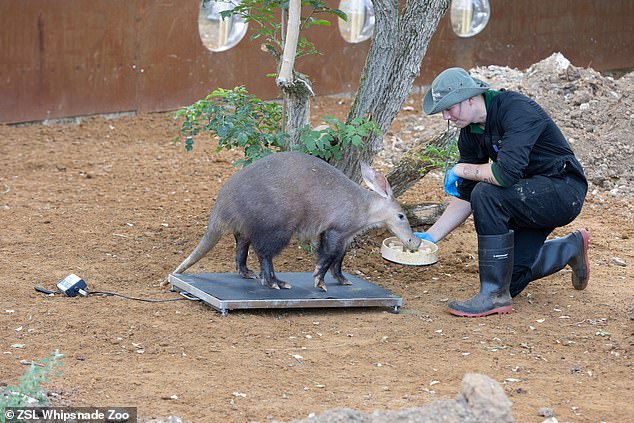 In addition to being an important indicator of animal welfare, keepers can use regular weight checks and waist measurements to identify pregnant animals 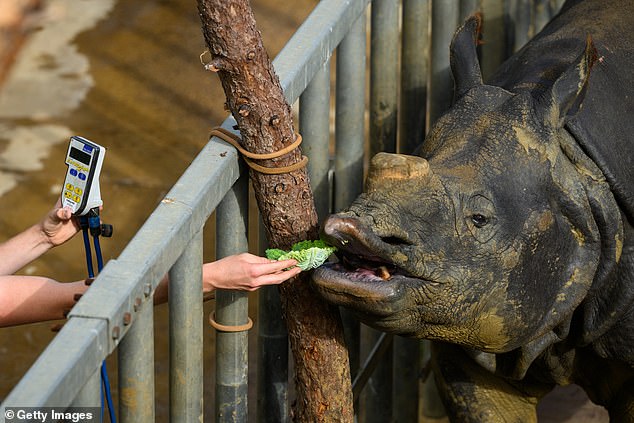 Who tops our Premier League Power Rankings this week?