King Charles tells religious leaders at Buckingham Palace: ‘I will protect the space for faith’ 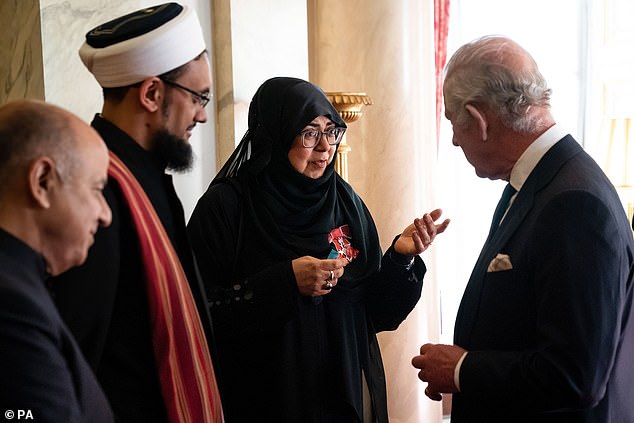 King Charles today reaffirmed his commitment to his role as a religious leader and said his work should also include ‘protecting the space for the faith itself’.

The newly crowned Monarch, who is now the head of the Church of England as king, also said it was his “duty to protect the diversity of our country.”

He made the comments Friday during a reception with 30 religious leaders of different faiths at Bucking Palace.

During the reception, he said he appreciated the differences people live by, adding: ‘I have always seen Britain as a ‘community of communities’.

“That has led me to understand that the Sovereign has an additional duty—less formally acknowledged, but no less zealously discharged.

King Charles (pictured here meeting with faith leaders at a reception at Buckingham Palace on Friday) today confirmed his commitment to his role as a religious leader, saying his work must include ‘protecting the space for faith itself’ 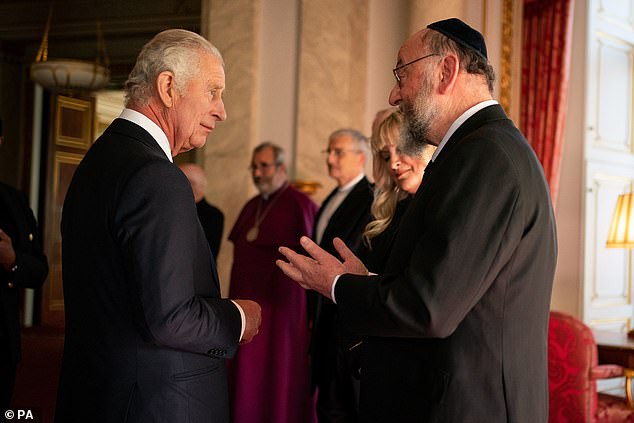 The newly crowned Monarch, who is now the head of the Church of England as king, also said it was his “duty to protect the diversity of our country.” Pictured: King Charles III speaks with Chief Rabbi Ephraim Mirvis at a reception at Buckingham Palace on Friday 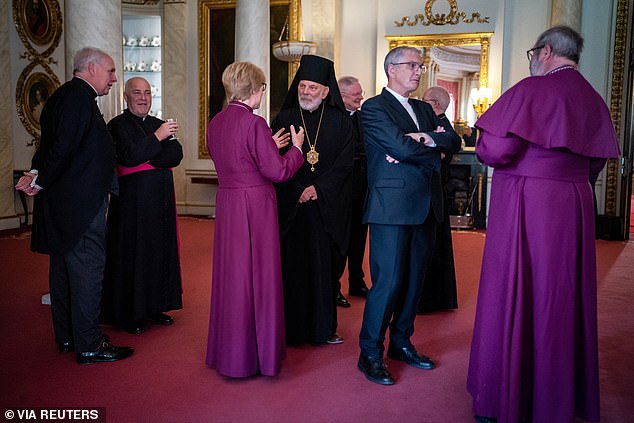 “It is our duty to protect the diversity of our country, including by protecting the space for faith itself and its practice through the religions, cultures, traditions and beliefs to which our hearts and minds lead us as individuals .’

During the reception in Buckingham Palace’s Bow Room, the King shared how much their condolences meant to him following the death of his mother the Queen last week.

He added: “I also wanted today, in the presence of all of you, to reaffirm my determination to carry out my responsibilities as Sovereign of all communities in this country and the Commonwealth and in a way that reflects the world in which we now live.” .’

Charles said his own Christian beliefs “have love in their hearts” and that they “bound” him to respect those who follow other religious paths.

He said: “As a member of the Church of England, my Christian beliefs have love in their hearts.

‘By my deepest convictions, and therefore – as well as by my position as Sovereign – I am obliged to have respect for those who follow other spiritual paths, as well as for those who want to live their lives in accordance with secular ideals.

‘The beliefs that flourish in and contribute to our richly diverse society differ. They, and our society, can only thrive through a clear collective commitment to those essential principles of freedom of conscience, generosity of spirit, and concern for others that I believe are the essence of our nation.

“As king, I am determined to uphold and promote those principles in all communities and for all faiths with all my heart. 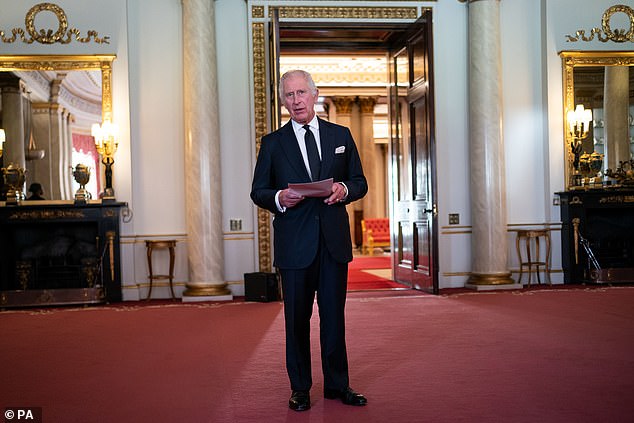 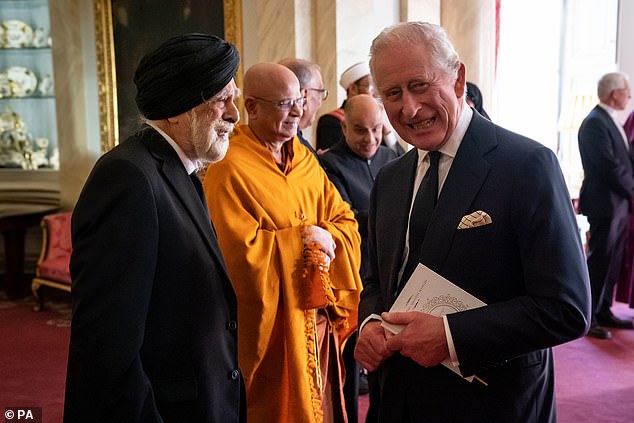 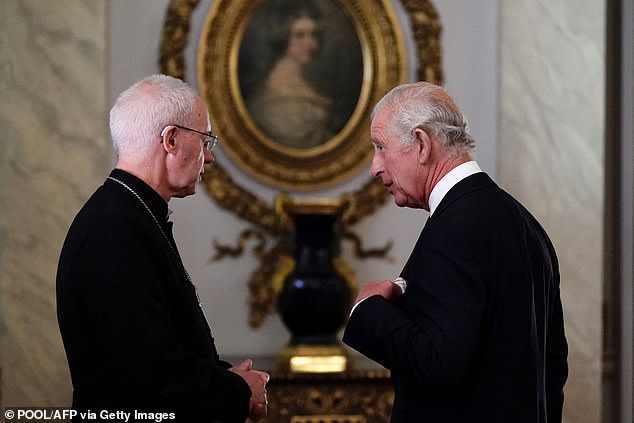 “This belief was the foundation of everything my beloved mother did for our country during her years as our queen.

‘It has been the basis of my own work as Prince of Wales. It will remain the foundation of all my work as king.’

The king described himself as a “devoted Anglican Christian” who will take an oath at his coronation regarding the establishment of the Church of England.

He noted that he has already “sworn an oath” at his accession ceremony promising to uphold and preserve the Protestant faith in Scotland.

There was a soft round of applause as the king left the Arch Room of the palace, paused, waved, and left.

The Archbishop of Canterbury, the Rev. Justin Welby, the Archbishop of York, the Rev. Stephen Cottrell, the Dean of Westminster, the Rev. David Hoyle and the Rev. Helen Cameron of the Free Churches Group, were among those who attended the reception.

Imam and Islamic scholar Dr. Asim Yusuf and Bishop Kenneth Nowakowski of the Ukrainian Catholic Eparchy were also among the guests.