Klemzig baby abduction: Sister of man who stole car with baby in it says he is not to blame

The sister of a man who stole a car with a baby in it says the four-month-old baby should never have been left alone in the car.

Ilias Latsis, 37, was caught on CCTV Monday jumping into a white Honda Jazz parked outside a deli in Klemzig, north Adelaide, before taking off at high speed.

Erika Carter, 27, had parked the car moments earlier with baby Jordan in the back and the engine running as she stormed into the store to get some bread.

But while Mrs. Carter was still at the sandwich shop, Latsis jumped into the wrecked vehicle as the raging mother chased after him.

The car was eventually found three hours later with baby Jordan inside and unharmed.

The man’s sister, Athina Latsis, said her brother, who has “the sweetest heart in the world,” would simply steal a car and not kidnap a baby.

Erika Carter, 27, tries to stop Ilias Latsis from stealing her car with her son in it after parking at a deli in Klemzig, Adelaide Monday morning 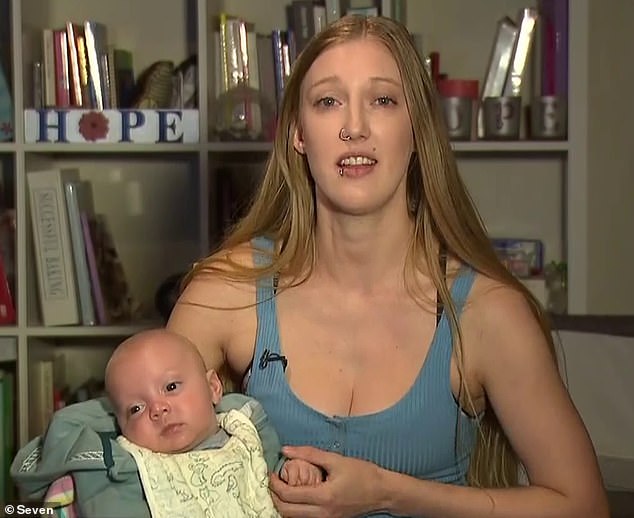 Ms. Carter (pictured with baby Jordan) told 7NEWS that she was “going on a quick trip to get a bed and made the wrong decision to leave the bubs on for that split second.”

“It wouldn’t be a kidnapping or kidnapping if this mother hadn’t left the child in the car,” she said. 7NEWS†

“My brother was going to steal a car and that was it.”

Ms. Latsis, herself a mother, said she would ‘never’ have left her child alone, whether it was ‘five seconds or three minutes’.

Latsis pleaded guilty to kidnapping and theft in the Adelaide Magistrates’ Court on Tuesday, expressing regret for driving off with baby Jordan in it.

Ms. Carter refuses to accept his apology, adding that he should have called the police when he saw the baby in the back.

South Australian police allege Latsis showed up at the scene in a stolen Mazda Ute before swapping cars with Mrs Carter’s Honda.

CCTV footage of the harrowing incident shows Mrs. Carter getting out of the car to dive into the store.

Seconds later, Latsis pulls up next to the Honda Jazz in a black Mazda BT-50 that police say was stolen from the Black Forest earlier Monday morning.

Footage shows the man looking through the rear window of the Honda Jazz and realizing that the engine is still running without anyone behind the wheel.

He returns to the Mazda to retrieve a backpack before jumping into the Honda and backing up.

A frenzied Mrs. Carter races into the parking lot and jumps in front of the car, yelling at the thief to stop as he drives away.

The distraught mother ran back to the store to sound the alarm and was later comforted by the police when an urgent manhunt was launched.

Her vehicle was found about three hours later without the driver, 3 miles away in a nearby suburb – with the baby still inside and unharmed. 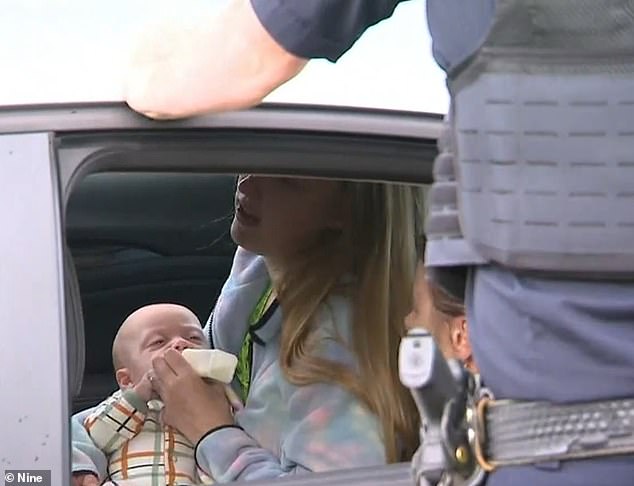 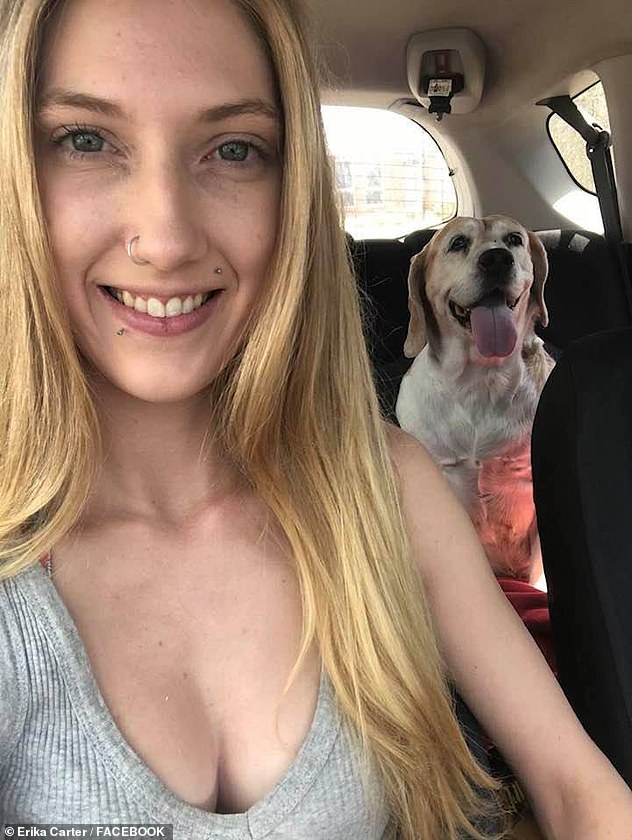 Ms Carter (above) revealed she had been the victim of an attempted kidnapping when she was 11, just 3 miles from where Jordan was later taken

Baby Jordan is reportedly in good health, despite being left in the car in cold temperatures of around 12C.

Police later that day found Latsis in a house and arrested him.

Ms Carter regrets leaving her son alone in the car, saying the hours before police found her boy were “the longest hours of her life.”

She said she “made the wrong decision” and when she heard the ignition of her car, her heart “sank”.

In a strange twist, Ms Carter revealed on Friday that she herself had been the victim of an attempted kidnapping when she was 11.

She said she was walking her mother’s dog in Holden Hill – just 3 miles from where Jordan was later abducted – when she was “grabbed and put in a car.”

“My dog ​​bit the kidnapper and I managed to unlock the passenger door and get out, but it took me years to get over,” she said.

Latsis will appear in court again later this month.