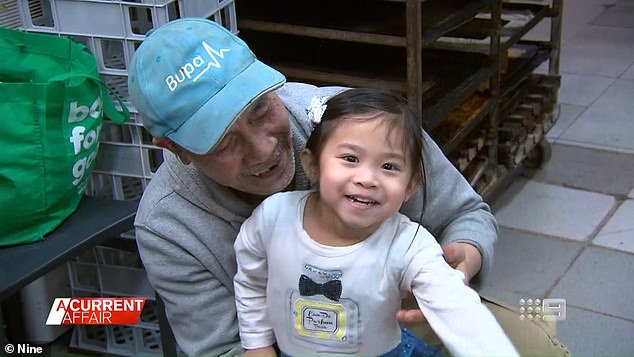 A beloved Melbourne baker is fighting to stay open after his landlord doubles rent as cost of living pressures continue to wreak havoc on small businesses in the wake of the Covid pandemic.

The future of Koornang Hot Bread, in Melbourne’s southeastern suburb of Carnegie, looks bleak as the family business faces the prospect of closing its doors after 10 years.

Chef baker Na Nguyen, a refugee from Vietnam, says the company cannot afford the asking price for a new lease, which rises from $55,000 a year to $115,000.

“If I lose my business, I have nothing. I’m going home with nothing,” Mr. Nguyen told A Current Affair.

The heartbreaking story comes when national inflation reached 6.1 percent in the year to June — the highest jump in more than three decades.

Chef baker Na Nguyen (pictured with his granddaughter), who is a refugee from Vietnam, says the company can’t afford the asking price for a new lease, which rises from $55,000 a year to $115,000

Customers flocking to the popular store to pick up freshly baked bread, pies and cakes have gathered around the family with a show of support.

“They are the backbone of the community and they’ve been here a long time,” Mr. Tsalakis said.

Mr Nguyen and his wife Thu started the bakery after arriving in Melbourne in the mid 1980s.

It was a dream for Mr. Nguyen to start his own business after his flight from Vietnam where he was drafted for military service as a teenager.

‘I had to join the communist army and they sent me to Cambodia. It was terrible,” Mr Nguyen said.

He escaped to a refugee camp in Thailand and then went to New Zealand where he learned the baking skills he tirelessly put into practice in Australia. 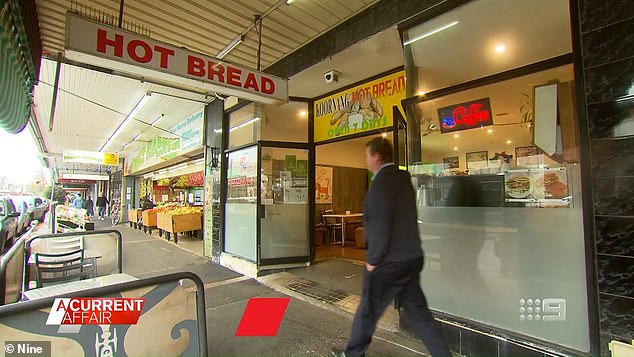 Koornang Hot Bread has long been a favorite with locals and visitors to Carnegie, a southeastern Melbourne suburb

Mr Nguyen and his wife say they are ‘lucky’ to live in Australia, but they certainly earn their happiness by working 15 to 18 hours a day, seven days a week.

“Normally we wake up at midnight and then I go home at about 3 or 4 pm,” said Mr. Nguyen.

‘We always work hard and pay taxes. Better than someone staying at home to get paid by Centrelink.

The landlord has appointed real estate expert Michael Spektor of the National Retail Group to negotiate the rent with the bakery.

“The rents in the strip have soared,” Spektor said.

‘The landlord is a private family. In fact, the landlords are also immigrants.

“They came to this country looking for better opportunities in the ’60s and if anything, they have more sympathy for Nguyen and his family because they can empathize.”

“But the market rents in Koornang Road, Carnegie have come a long way and so the landlord (is) just looking for a simple market return. 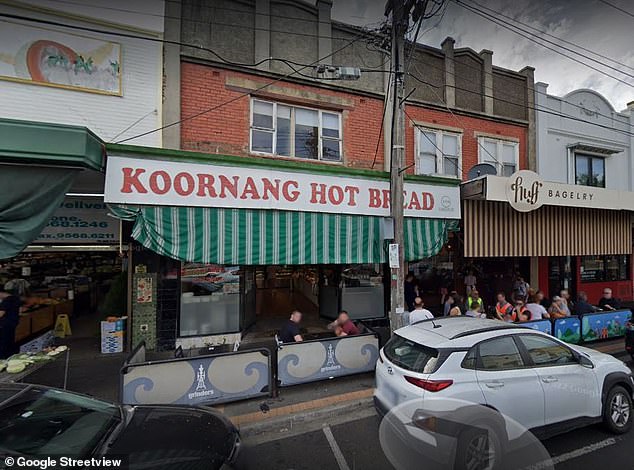 Mr. Nguyen and his wife work 15 to 18 hours a day every day to keep their bakery running

The landlord has agreed that Mr. Nyugen can stay at the location on a monthly basis until a tenant agrees to the new rent or has found another location for his shop.

“I’ve heard examples of up to $100,000 on small business renters that have to be paid within a fortnight, you know, or they’re going to replace the lock,” she told ABC.

She believes that a federal ombudsman should intervene if landlords do not play fair.