Kwasi Kwarteng: From Eton Prefect to the First Black Chancellor to Cut Taxes 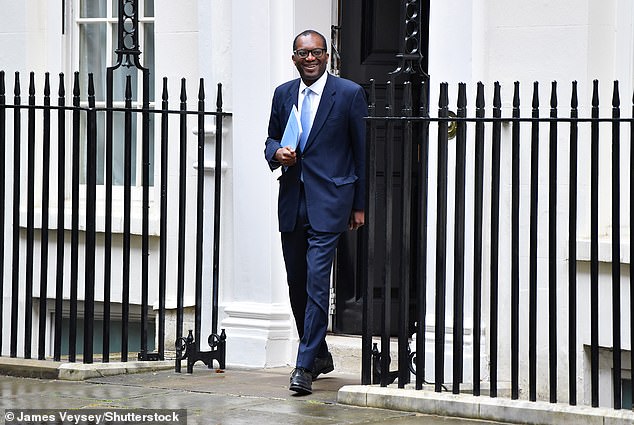 Kwasi Kwarteng today taxed millions of Britons after taking the toughest job in government just weeks into his tenure as chancellor.

Like his predecessor Rishi Sunak, he has endured an economic crisis of seismic proportions before the ink on his new business cards has even dried up.

In the case of Mr Sunak, it was the Covid pandemic in 2020. For Mr Kwarteng, it is how UK PLC is dug out of an energy price and inflation hole by Vladimir Putin and his invasion of Ukraine.

To do so, Mr. Kwarteng today unveiled the largest series of tax cuts in half a century in an event that looked very much like an emergency budget, even if the Treasury made sure not to mention it.

Mr. Kwarteng 47, will have to stick to his MSH mantra – Make Sh*t Happen – if he is to help the UK on the road to recovery.

The recognized free marketer today introduced a series of tax cuts and other economic levers that he and Prime Minister Liz Truss hope will deliver on the worst predictions for Britain’s immediate future.

The new chancellor may be a renowned brainbox with a PhD in economic history from Cambridge University, but he doesn’t always have the answers. When he appeared on University Challenge in 1995, he buzzed in answer to a question about a donkey, then declared to quizmaster Jeremy Paxman, “Oh f***, I forgot.”

Clumsy BBC producers failed to notice the murmurs of the 19-year-old student classics, and they were broadcast to the nation.

And so Mr. Kwarteng first came to national attention in an article on page three of The Sun headlined ‘Rudiversity Challenge’.

But undergraduate Mr. Kwarteng had the last laugh when his team from Trinity College Cambridge won every stage and was crowned the University Challenge champion in 1995.

He hopes his winning streak continues – after Liz Truss appoints him to the Treasury amid the toughest economic conditions in living memory.

The former business secretary, who owns a house on the same street in Greenwich as Mrs. Truss, has moved in next door to No. 11 with his lawyer wife Harriet and their young daughter.

He was previously in a relationship with Amber Rudd, the former Home Secretary.

Like Rishi Sunak’s predecessor, Kwasi Kwarteng, he went through an economic crisis of economic proportions before the ink on his new business cards even dried up. 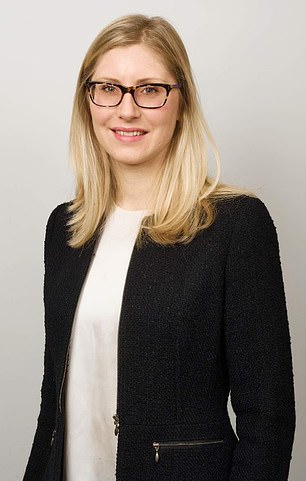 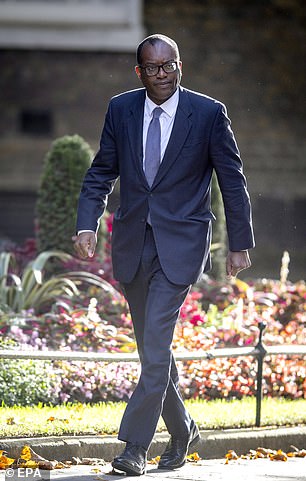 The former business secretary, who owns a house on the same street in Greenwich as Mrs. Truss, has moved in next door to No. 11 with his lawyer wife Harriet Edwards and their young daughter.

Mr. Kwarteng was born in East London to Ghanaian parents who moved to England as students in the 1960s.

An online profile tells how her “journey to the bar as a black woman in the 1980s involved overcoming prejudice” from other members of the legal profession.

His father, Alfred, was an economist at the Commonwealth Secretariat.

They first sent him to a public primary school in Waltham Forest before transferring to Colet Court private school in Richmond, west London.

Mr. Kwarteng then won a scholarship to Eton, where he was considered one of the brightest pupils and was a prefect – known in the school as a praeposter.

He went on to study at Cambridge University, where he read classics and history. He later obtained his doctorate in economic history from the same university in 2000. His dissertation was on the ‘recurrence crisis of 1695-7’.

After unsuccessful upheavals in Parliament and the London Assembly, he won the safe Surrey seat of Spelthorne in 2010 and has held it ever since. 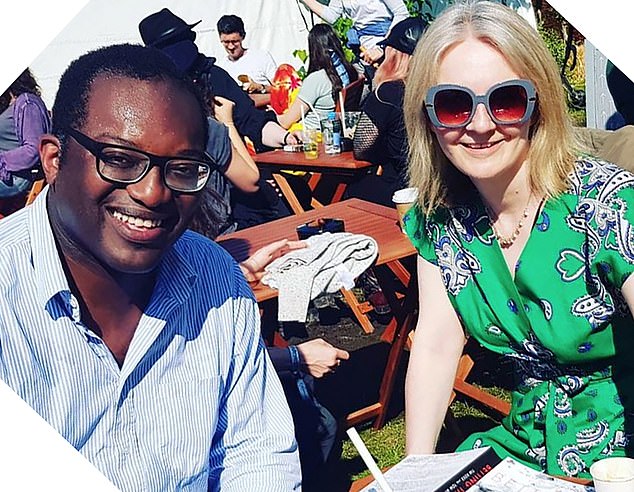 The new Chancellor Kwasi Kwarteng is a good friend of Liz Truss, so close that he lives 300 meters away in Greenwich

After graduating from Trinity College, Dublin, in history and modern languages, she worked for auction house Christie’s in Geneva and then for UBS investment bank in New York, before qualifying as a lawyer.

She worked as a senior associate at the accountancy firm PriceWaterhouseCoopers, specializing in advising ‘individuals and families’ on ‘succession planning and asset protection’, in particular ‘family businesses’.

His political career has not been without controversy. In 2012, he and four other Tory members of the 2010 Parliamentary Intake published a book branding British workers as “one of the worst idlers in the world” and demanding the new coalition government do more to “work hard.” graft’.

The book, Britannia Unchained – Global Growth and Prosperity, questioned whether Britain’s political system “has the will to really tackle our debts.”

In it, Mr Kwarteng and four other future ministers – Priti Patel, Dominic Raab, Chris Skidmore and new Prime Minister Ms Truss – criticized the culture of benefit dependency and the young Britons who ‘rather sleep in’ and leave heavy jobs to immigrant workers.

It warns that the country is being swept up by a bloated public sector, poor productivity, years of excessive spending, under-growth and ever-increasing public sector pension liabilities.

The most controversial passage states that a bloated state, high taxes and a generous social security system have fueled laziness.

“As soon as they enter the workplace, the British are some of the worst idlers in the world,” the book reads. ‘We work the lowest hours, we retire earlier and our productivity is poor.

‘While Indian children want to be doctors or businessman, the British are more interested in football and pop music.

“Too many people in Britain, we say, prefer sleeping in over working hard.” MPs urged the coalition to copy the culture of a work ethic in South Korea, Singapore and Hong Kong.

“Britain will never be as big as China or Brazil, but we can look forward to a new generation, ready to go to work,” MPs said.

“If we want to take advantage of these opportunities, we must stand on the side of the responsible, the hardworking and the brave. We must stop rescuing the reckless, avoiding all risk and rewarding laziness.’