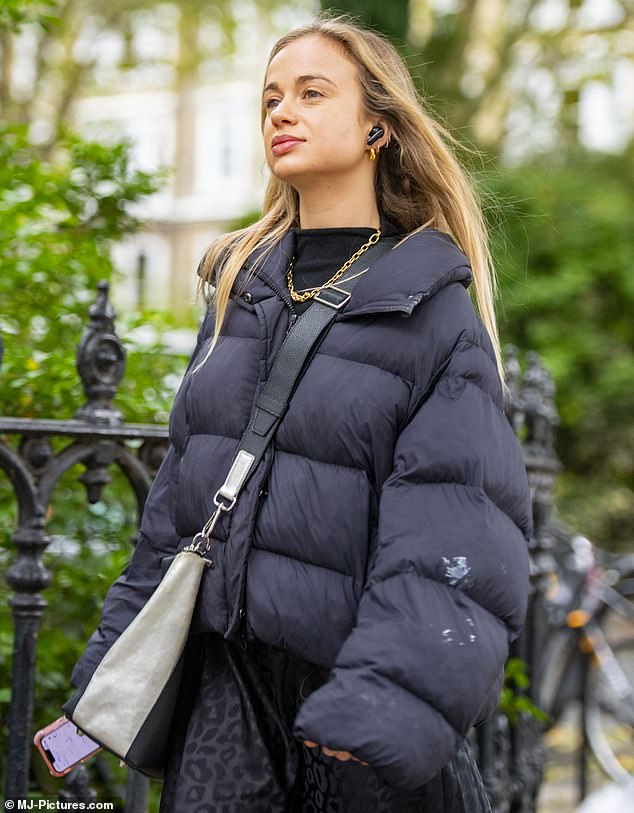 Putting her best foot forward! Lady Amelia Windsor steps out in £250 pink ankle boots and an oversized puffer coat for a walk around West London

Lady Amelia Windsor dressed down today and went makeup-free in London after a hectic fashion week schedule that saw the royal family take to the catwalk.

The 27-year-old royal showed off her flawless complexion as she took a bare-faced stroll through London – dressed in an oversized puffer jacket and animal-print silk skirt.

As accessories, the model wore a school bag, a gold chain for a touch of glitter and bright pink ‘pony’ print ankle boots by Penelope Chilvers that added a pop of color to an otherwise dark outfit. 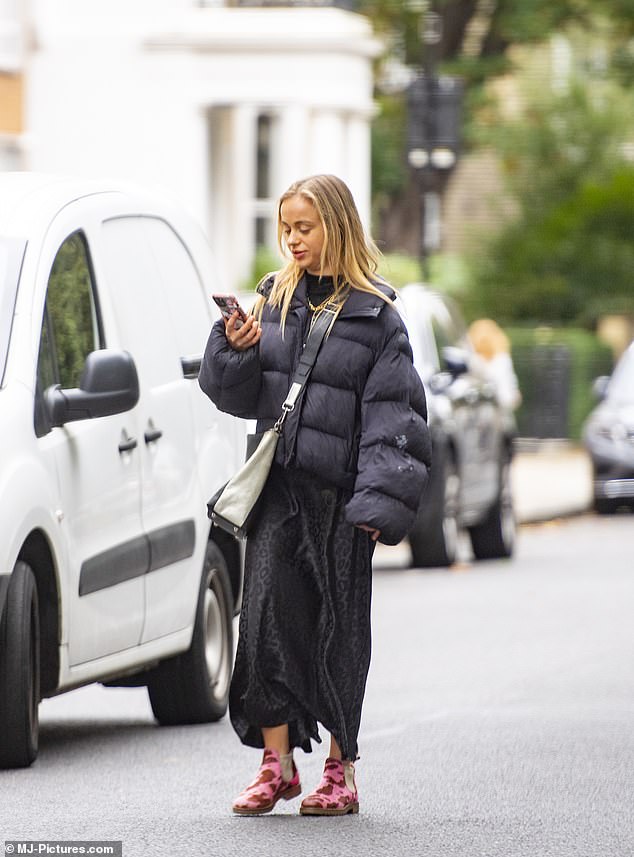 The royal, who is also a modeler, scrolled through her phone during an autumn walk in London, wearing an oversized black puffer jacket, leopard print silk maxi skirt and Penelope chilvers ‘pony’ print boots £250

The sheepskin and Italian hair boots cost £250 and are also brown.

Once called “the most beautiful royal,” Amelia took to the catwalks last week for the Zeynep Kartal x Li & Fung show.

The aristocratic fashionista has become a red carpet regular, attending star-studded fashion events like the Dior show in Paris.

She also walked the runway at the Manchester designer’s show in a pale pink three piece suit, wide leg trousers and a lilac dress with a plunging neckline, side split and ruffles.

Amelia was recently pictured at Milan Fashion Week in another understated ensemble, complete with black slacks and an orange and black vest. 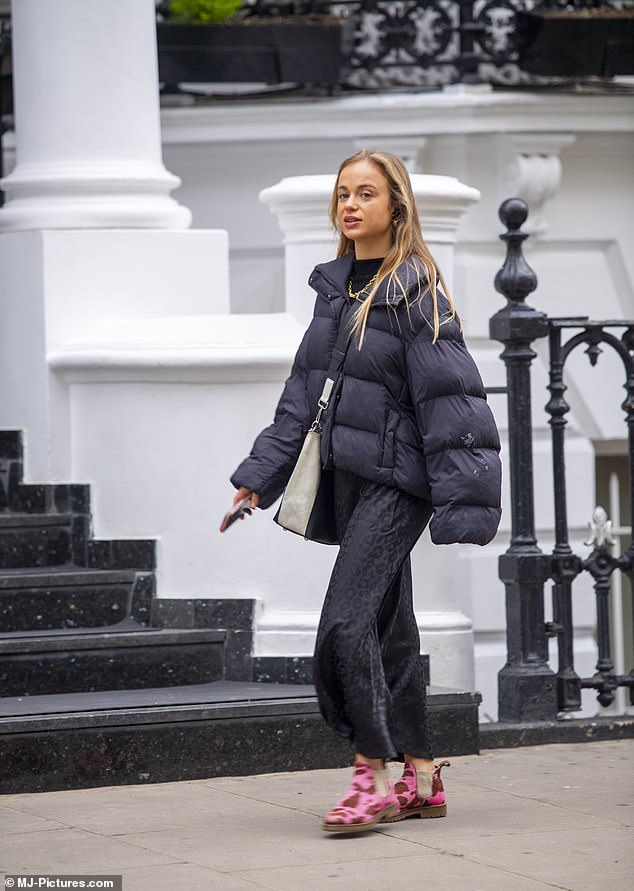 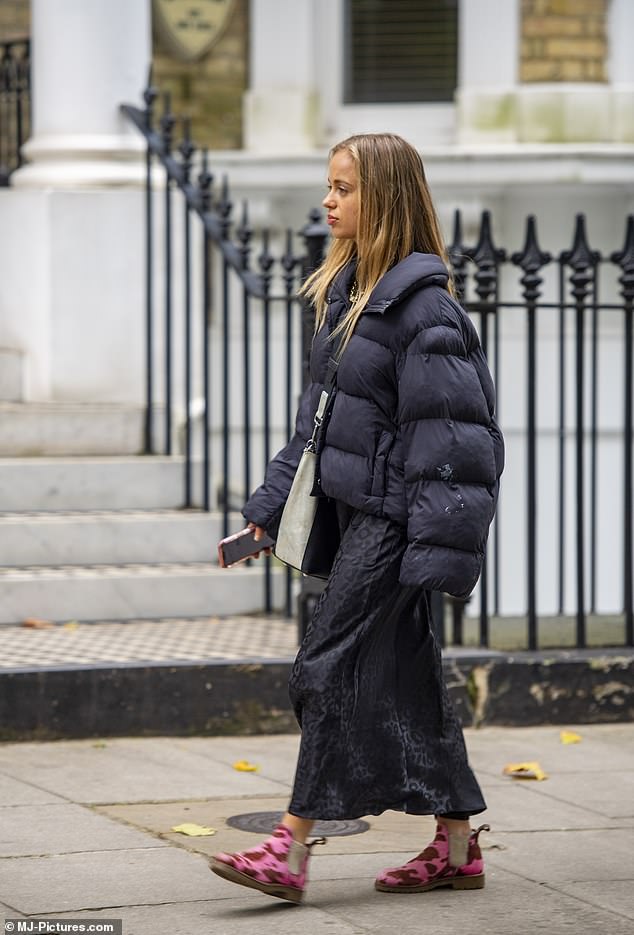 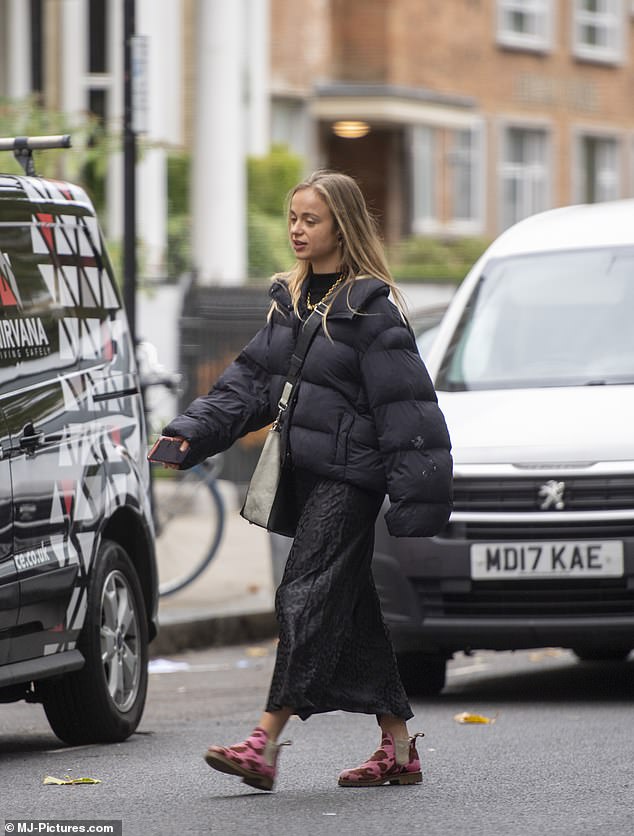 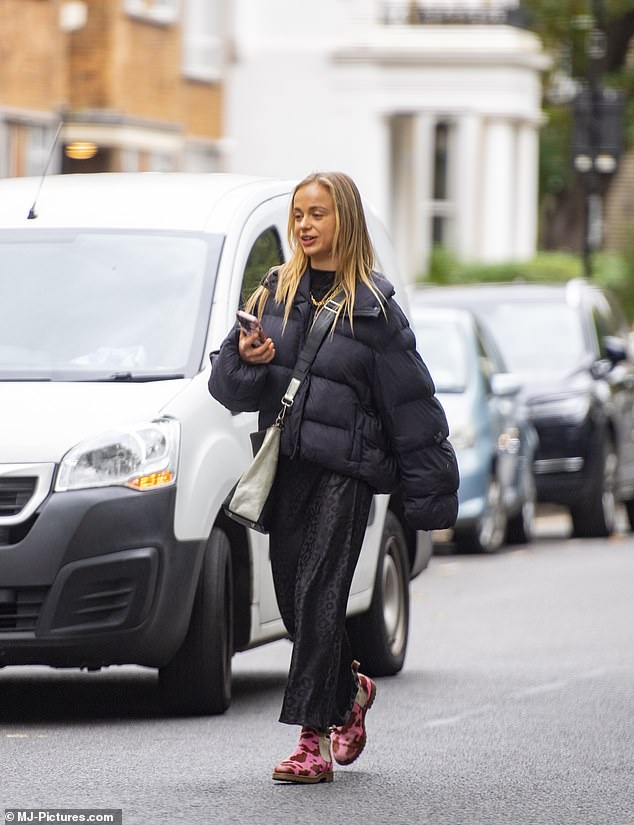 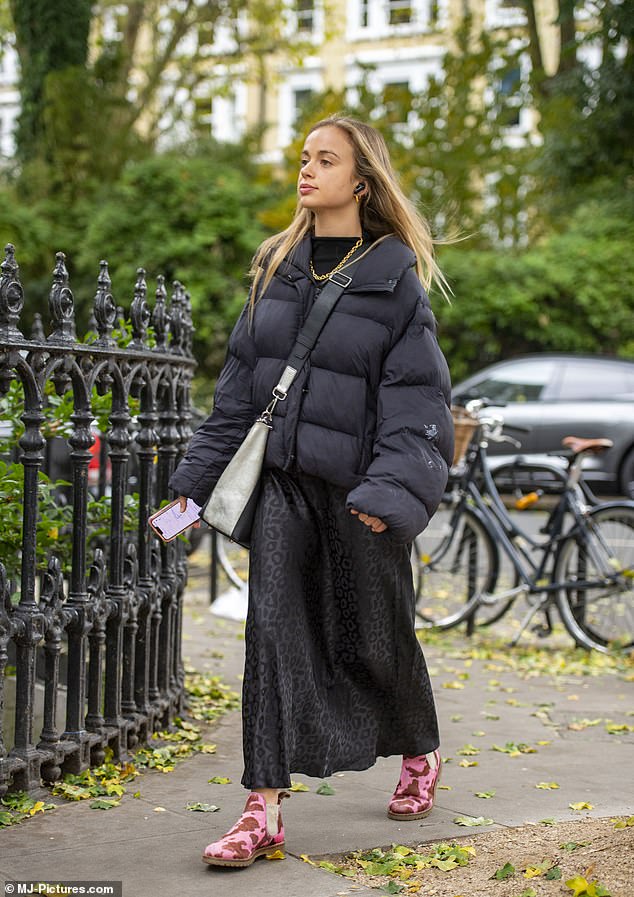 With headphones and a bag, the style-conscious royal proved she could wear both low-key chic and high fashion with this ‘don’t try’ look

The royal, who has been on the cover of Tatler, has talked about her love of fashion and art in the past and loves to decorate the apartment she shares with her sister, Marina in Notting Hill.

Amelia, 27, is the second daughter and youngest child of George Windsor, Earl of St Andrews. Her grandfather was the Queen’s first cousin.

She is currently 42nd in line to the British throne.

Amelia was one of the members of the extended royal family who attended the emotional funeral of the late Queen in London and Windsor on September 19.