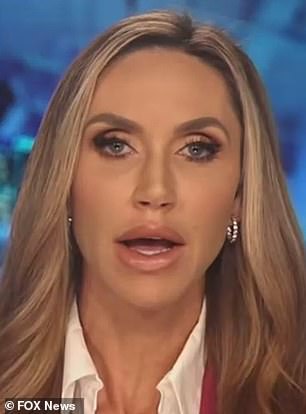 Allies of former President Donald Trump object to the photo released in court on Tuesday showing classified documents lying on the floor of what is believed to be an office space in Mar-a-Lago.

“He’s a very neat person,” daughter-in-law Lara Trump told Fox & Friends on Thursday morning. “He would never scatter documents on a floor like that.” 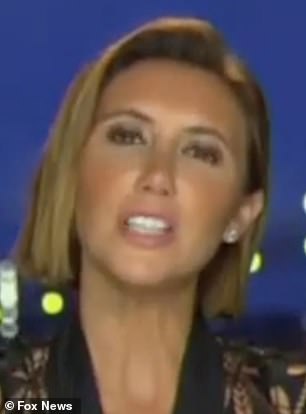 Allies of former President Donald Trump have taken offense at the declassified photo of classified documents lying on the floor. Daughter-in-law Lara Trump (left) called Trump a “very neat person,” while attorney Alina Habba (right) said she was “often” in the office, while also admitting Trump had “guests” near the hoard of documents are found 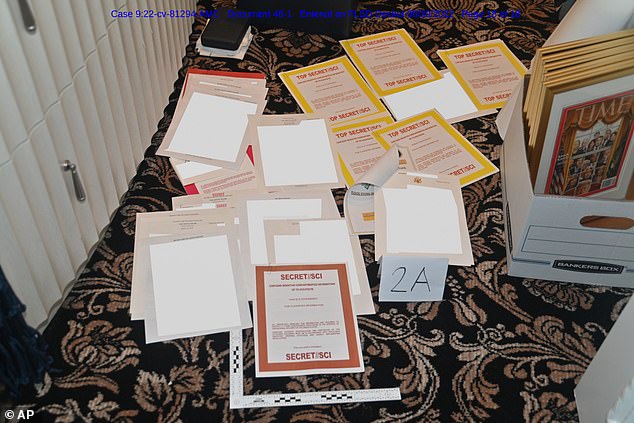 On Tuesday, this partially redacted photo was included in a 35-page Justice Department court filing as former President Donald Trump attempts to appoint a “special master” to review evidence seized from Mar-a-Lago.

Former FBI officials, including one of the so-called “FBI enthusiasts,” Peter Strzok, were stunned by the admission that guests were often around classified documents.

“‘I’ve been down there, I’m there often…he often has guests there,” Strzok wrote, roughly quoting Habba. “And from Langley to Ft Meade to 935 Pennsylvania, brows frown even deeper,” he tweeted Wednesday night, sharing Habba’s Fox News clip.

On CNN Thursday morning, Greg Ehrie, the former special agent in charge of FBI Newark, explained what Habba’s confession meant: “They have to assume, from this conversation alone, that they were in the public eye, that they were in his office, ‘ he said about the classified documents.

“They have to assume that that information is not known. How do we protect those assets now,” Ehrie added.

Habba’s confession raises the possibility that prosecutors could call her as a witness.

Former FBI officials, including one of the so-called “FBI aficionados,” Peter Strzok, were stunned by the admission that guests often found themselves around classified documents

Lara Trump, who is married to the ex-president’s son Eric and a contributor to Fox News, downplayed the security threat by claiming all documents had already been released.

“I think their purpose, of course, was to say look, these are all labeled classified documents. Just because something has that label on it doesn’t mean it wasn’t released by my father-in-law when he was president,” she told Fox’s Ainsley Earhardt. “Which he said everything he took from the Oval Office has been released.”

“I think this whole situation has been handled incredibly wrong by the Justice Department and the FBI,” she sneered.

On Thursday, the Justice Department will argue against Team Trump’s request to use a so-called “special master” to be appointed to review evidence seized from the ex-president’s home and private club in Florida.

The hearing comes after the DOJ released a 35-page file, plus the photo, on Tuesday.

The New York Times reported: that the documents were not found on the floor, but are arranged that way, part of a standard protocol on how federal agents display and photograph evidence during searches.

Habba claimed the FBI was trying to make the ex-president look even more careless by laying the documents on the floor.

“They must have literally gone in there and got the documents they wanted or cover letters as it is and put it up so that the public thinks these are top secret documents that were on his floor,” she told Hannity. ‘It’s ridiculous. I can tell you personally, it’s ridiculous. I’ve never seen that before.’