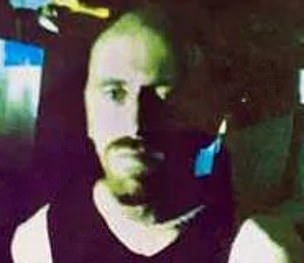 Anthony Stott, 43, (pictured) was reportedly tied to a chair and hit with a golf club in February 2020. He was killed after being hit by a truck on the M1

A video, filmed the morning after tutor Anthony Stott was allegedly abducted and run over by a trailer, has shed light on his final hours.

The clip was shown to the local Lismore court on Friday morning during the trial of Lauren Grainger, who pleaded not guilty to the specially aggravated kidnapping of Mr Stott on February 10, 2020.

Mrs. Grainger is accused of kidnapping the 43-year-old at her partner Mark Frost’s farm in Tweed Valley.

Stott had taught at St Peters Lutheran College in Brisbane and died when he was hit by a trailer on the M1 after being allegedly tied to a chair and hit with a golf club in a shed on the couple’s farm in Cudgera Creek .

In the video, recorded around 4pm the next day, Ms Grainger told NSW Police that Mr Stott entered the property through the back door in the middle of the night.

“It was early in the morning, it was dark, he was coming up the stairs,” she said. 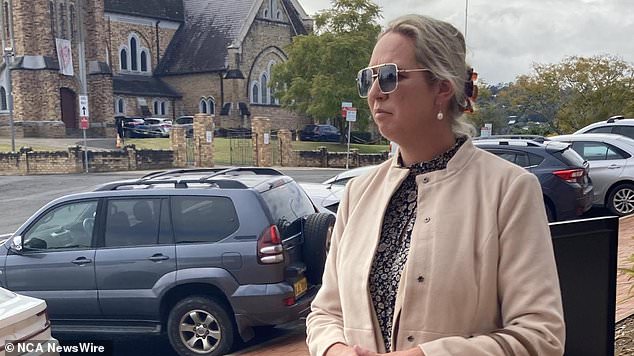 “I just screamed and he came running through the back door of the house and he had a knife.

Ms Grainger, who in the clip shows two officers walking through part of the property to a shed, said Mr Frost had begun to make disturbing comments to the couple.

“He said, ‘I’ve been in the kitchen, I’ve come to the kitchen to steal your money,'” she said.

The couple worked in local markets and often had business money in the house, the court was told.

Ms Grainger told police in the video that she and Frost Stott “marched” into the barn and tied him up.

Police at the scene were quickly looking for more information about the interaction.

‘What happened between 4 a.m. and 7 a.m.? It’s very important that you tell us the truth,” an officer is heard asking.

“You’re telling us he just walked up to the barn and just walked away…that’s not three hours.” Ms Grainger said that when she first saw Mr Stott, she tried to face the situation directly.

“Because I was an idiot, I tried to restrain him,” she said.

“He ran away from here.”

One of the officers again tried to unpack the claim.

“He came to your house and you were just trying to stop him? Did you lead him here?’ he asked.

Ms Grainger said it was her first meeting with Mr Stott and asked why he was at the property.

David Funch, Ms Grainger’s attorney, told the court on Friday that the couple were “drunk” at the time of the interaction, after drinking for nearly nine hours from 6pm on Feb. 9 while watching television. 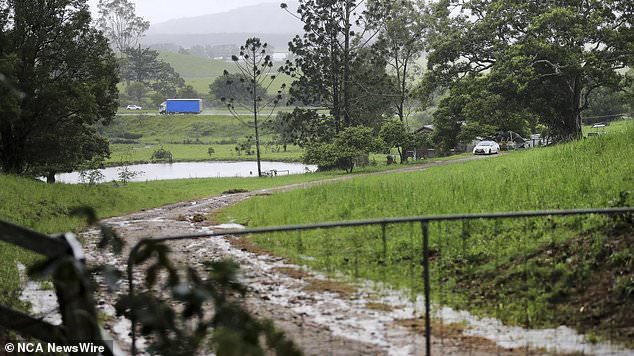 He explained that Mrs. Grainger had gone to the bathroom before going to bed “and saw a man walking through the back door.”

“She had absolutely no idea who this guy was… she said she looked like she caught him in the act,” Mr Funch said.

“He was holding a knife, like a normal-looking kitchen knife.

“She said he just stood there and stared with ‘crazy eyes’ like he was a zombie.”

Mr Funch added that Mr Stott was “not wearing any shoes” according to the suspect.

“She yelled at Stott ‘who the hell are you’ or something to that effect,” he said.

Ms Grainger told her lawyer that Mr Stott eventually left the property by ‘walking through the paddock, he wasn’t running’.

“They wanted to put the incident behind them and either go to bed or go to work,” Mr Funch said.

“They could see him walking in the distance along the highway, but then he was out of sight.”

In the video, Ms Grainger said she felt “really bad” for her actions on the farm.

“I feel like I caused this person’s death,” she said in the clip.

Frost and his friend Craig Button pleaded guilty to the kidnapping and were given a reduced sentence for giving evidence against Grainger.

The case was adjourned Friday afternoon and will continue Monday, when Grainger is expected to testify.