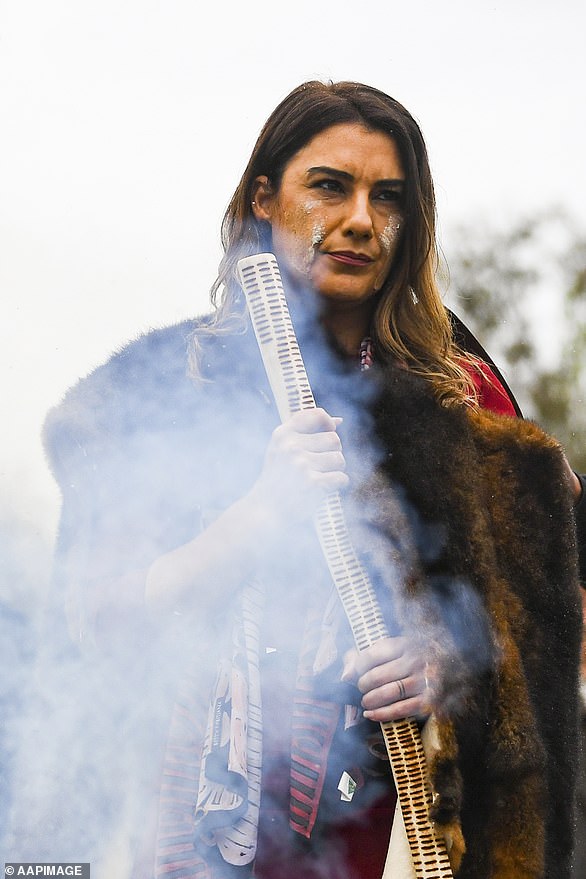 Ms. Thorpe is an outspoken critic of the monarchy and is currently pushing for a treaty with First Nations people.

During her oath of office in August, Ms Thorpe raised her fist over her head in protest and labeled Queen Elizabeth II a ‘colonizing queen’.

She also has a push from Mr Albanese to organize a referendum to introduce an Indigenous voice into parliament.

Ms Thorpe called it a “waste of money” and time and wants a treaty with First Nations instead.

“The cost of a referendum would be better spent on what is needed in our communities,” she said.

Indigenous Australian minister Linda Burney has set up a working group to push the issue to a referendum over the next two years.

But Senator Thorpe said they were “captain’s picks” that didn’t reflect Indigenous voices and that the focus should have been on grassroots leaders and activists instead.

“I mean, we want to talk about the basics. I don’t see anyone else in the list I’ve seen so far, so they haven’t gone very far,” she said.

“There is a lot of work to be done and people from the base have been contacting me since the announcement – they are not happy and they need to do better.” 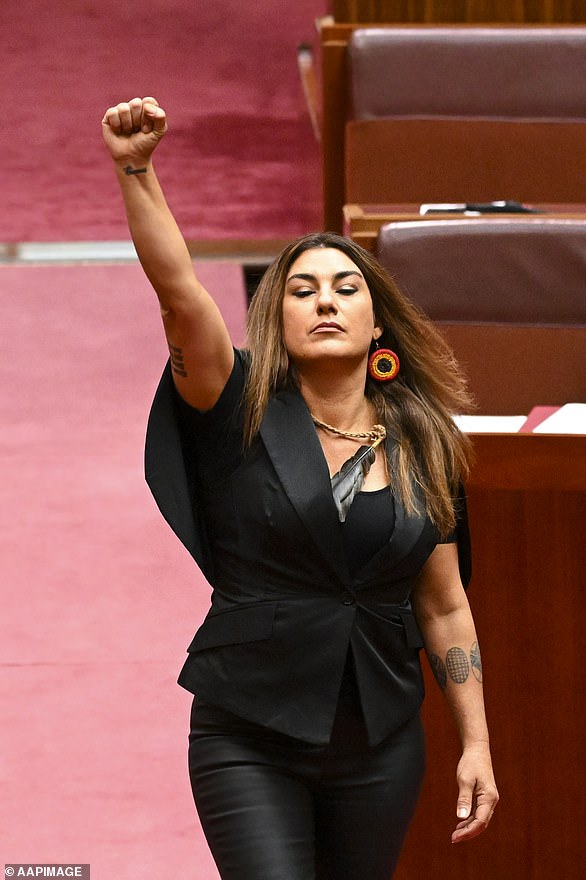 In her parliamentary oath of allegiance earlier this year (pictured), Ms Thorpe labeled the Queen a colonizer

“They buried our kids in the sand and kicked their heads off, and you want me to pay my respects?” Mrs Thorpe wrote.

“This isn’t about an individual, it’s about the institution she represents and the genocide for which they are responsible.”

The day before, Ms Thorpe wrote an op-ed: the guard in which she said the ‘heritage of the crown’ for Indigenous Australians was ‘education that erases us and prisons that kill us’.

The ‘British Empire’ declared war on these shores against the First Nations peoples of this country. This led to massacres. And do you want a minute of silence from me?’ explained Mrs Thorpe.

“Colonial governments are complicit in perpetuating the crimes against First Nations people, because that is the agenda of the colonizer… all over the world. To think that people can stand and celebrate that is ignorant and painful.”